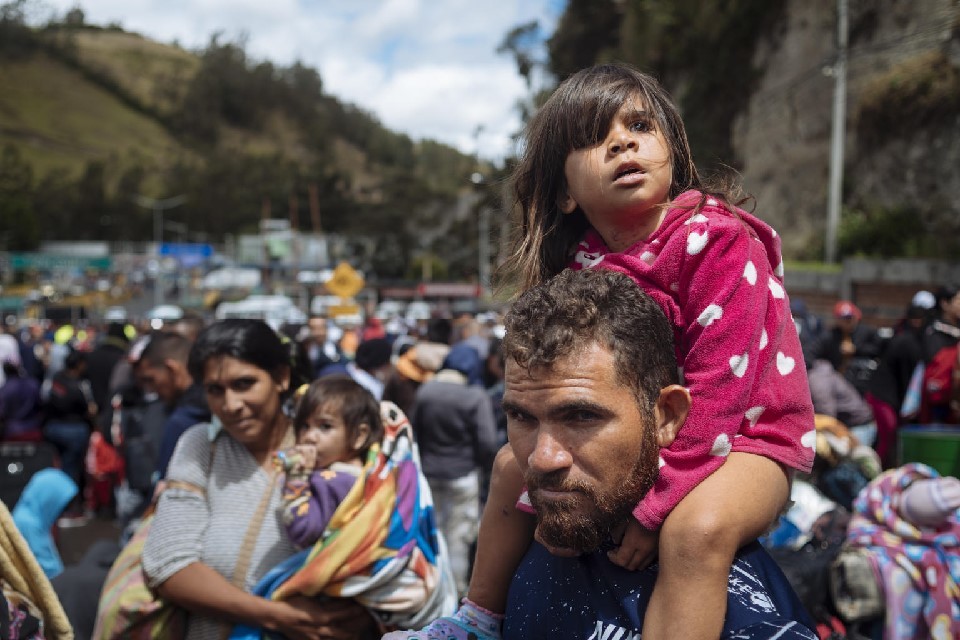 A new UK aid package will help Colombia host over a million Venezuelans forced to flee their homes because of their country’s ongoing economic crisis.

UK aid, through the World Bank, will enable the Government of Colombia to access low interest loans. These will generate growth in sectors with low carbon emissions, give access to jobs and improve essential services such as health and education.

The support will help the Venezuelan migrants and refugees it is currently supporting, and enable Colombia to boost its own economic stability and growth.

This builds on the close bilateral relationship between Colombia and the UK, with Colombia an important partner for trade and stability in the region.

The UK is already one of the largest donors to the Venezuelan economic crisis, providing emergency aid to malnourished children in Venezuela, as well as vaccinations and clean water to its most vulnerable communities.

Colombia has shown tremendous generosity in helping the citizens of its neighbour Venezuela. This package will help support the region as it copes with providing help for Venezuelans forced to flee their homes. And it will also help foster trading partners of the future for the UK.

This UK aid support will allow the World Bank to provide low interest loans to the Government of Colombia to:

The Global Concessional Financing Fund (GCFF) was launched in 2016 by the World Bank, the United Nations and the Islamic Development Bank as a global platform to provide concessional funding to middle-income countries, which are hosting large numbers of refugees. The UK has previously supported the World Bank to provide loans of this kind to build stability in the Middle East, boosting the economic resilience of Jordan, which is home to many people displaced by the Syria conflict.

This UK aid programme is in line with the bold new vision for UK aid announced by Prime Minister Theresa May in a speech last year in Cape Town. She spoke of her plan to use the UK aid budget to help build economies in the developing world.

International Affairs At this holy time of year, we urge the new mandat…
0
✖