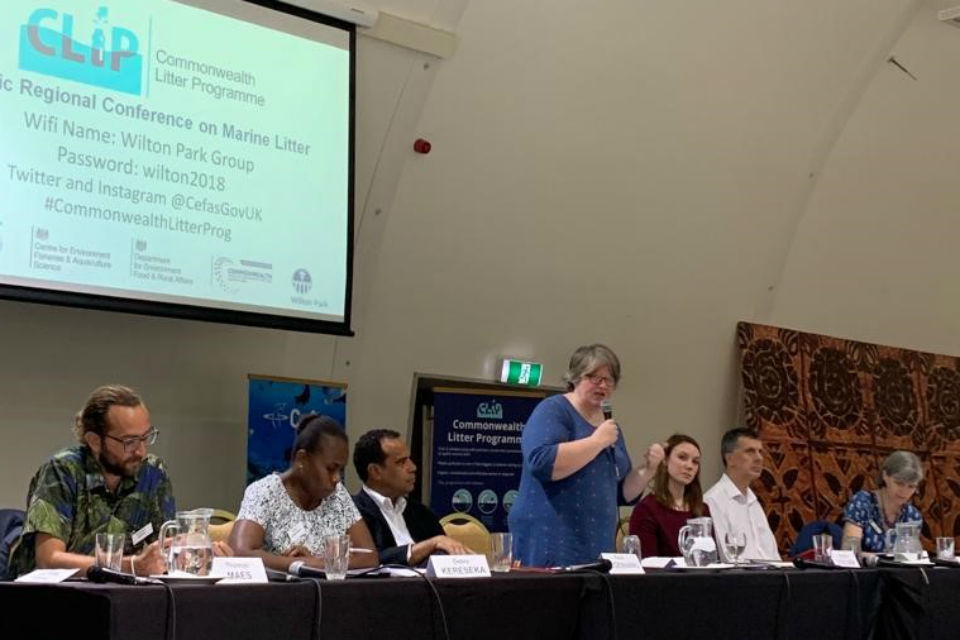 UK scientists have joined forces with their Pacific counterparts today to help turn the tide on marine litter.

Environment Minister Thérèse Coffey is in Vanuatu for the South Pacific Region Commonwealth Litter Programme conference, which brings together governments, policy makers, educators and scientists to share expertise in the fight against plastic pollution.

Since its launch in April last year, 24 countries have joined this alliance and pledged action on plastics – whether that’s a ban on microbeads, cutting down single-use plastic bags, or other steps to eliminate avoidable plastic waste.

Protecting our marine environment is a global challenge which requires global action. This conference is a fantastic opportunity for our world-leading scientists to share their expertise in the international fight to tackle marine litter.

Through the UK and Vanuatu-led Commonwealth Clean Oceans Alliance we will use the collective power of the Commonwealth to protect our marine environment for future generations.

Scientists from the UK’s Centre for Environment, Fisheries and Aquaculture Science (Cefas) have been busy in the Solomon Islands and Vanuatu since November 2018, monitoring the environment to collect data on marine litter and working with partners to tackle plastic pollution in the ocean.

It has been a pleasure to work with Vanuatu and the Solomon Islands to tackle the emerging issue of marine litter. Alone we can do so little; together we can do so much! We only have one earth and our oceans are vital to our existence. We should all work together on keeping our oceans clean, healthy and sustainable for future generations to enjoy. To stop marine litter, we thus need a unified vision and a plan of action while developing ways of working together at national, regional and global scales

Globally it is estimated that eight million tonnes of plastic make their way into oceans every year. Cefas scientists have already recovered 15,000 items of litter from beaches monitored across Vanuatu and Solomon Islands.

Recognising the international scale of the problem, the government has pledged up to £66.4million through the CCOA to boost global research and prevent plastic waste entering the oceans.

Back home, the UK is a world leader in tackling the scourge of plastic – introducing one of the world’s toughest bans on microbeads, taking 15million bags out of circulation through the 5p plastic bag charge and consulting on a ban on plastic straws, cotton buds and stirrers.

Defra has also today launched a suite of consultations to overhaul the waste system, cut plastic pollution and move towards a more circular economy – building on the landmark Resources and Waste Strategy in December.

Environment Smart tracking of waste across the UK: GovTech Ca…