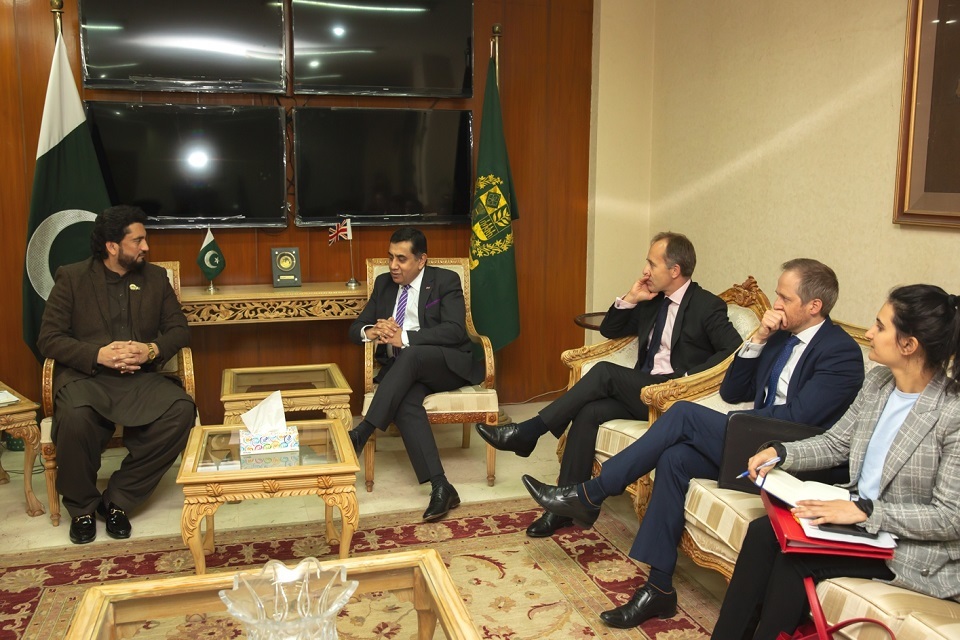 Lord Ahmad held meetings with the Foreign Minister Shah Mehmood Qureshi, Federal Minister for Human Rights Shireen Mazari, the Minister of State for the Interior Shehryar Afridi and Senator Sherry Rehman. The Minister of State also took part in wreath-laying ceremony at the Commonwealth War Graves Cemetery in Rawalpindi. He met with a range of civil society and human rights champions at a reception held at the British High Commission.

He also took part in a panel discussion held at the Fatimah Jinnah Women University on British Council’s Active Citizens Programme. The British Council is working with the Higher Education Commission across all universities and degree awarding institutions in Pakistan to help young students take action in their local communities, and at a regional and national level. This programme will provide mandatory training on inclusion and tolerance to every undergraduate in Pakistan.

Lord Ahmad also welcomed back 2017-18 Chevening and Commonwealth scholars at a reception at the British High Commissioner’s residence in Islamabad. Lord Tariq Ahmad and British High Commissioner Thomas Drew met with a number of the recently returned scholars on the completion of their fully-funded Chevening one year masters’ degree and Commonwealth Masters and PhD programmes in the UK.

I am delighted to be back in Pakistan to see and hear about the strength of the UK-Pakistan partnership. Meeting with ministers, students and alumni, I heard about the depth of our connections, the impact of the UK support and the progress Pakistan is making to support education, development and dialogue.

I was also pleased to welcome back to Chevening and Commonwealth scholars back to Pakistan, and congratulate them on completing their masters’ degrees and PhD programmes in the UK. Pakistan remains one of the top priority countries for the Commonwealth and for Chevening, and these scholars are a testament to the education links between the UK and Pakistan.

International Affairs Britain and Germany – an alliance of values…
0
✖