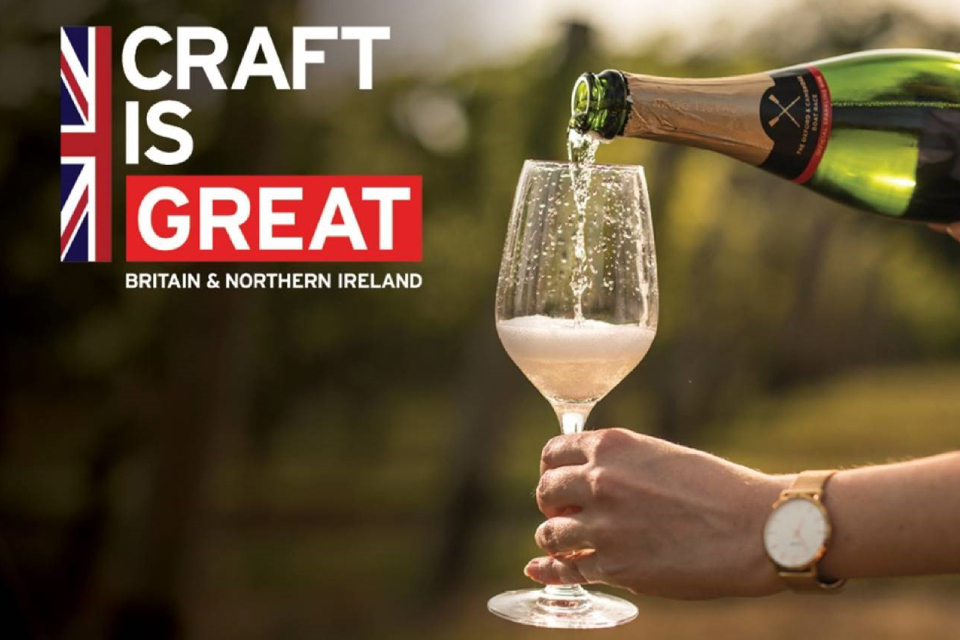 UK producers are taking the opportunity to capitalise on overseas demand by exploring exporting potential in new global markets. In 2017, Hattingley Valley’s ‘The Classic Reserve’ became the first English wine to get a national listing with Whole Foods in the United States, after being sold in 420 stores across 40 states between November 1st and December 31st as part of its ‘Holiday Wine Programme’.

Overall sales of English wine increased by 31% between 2015 and 2017 and by 2040, the industry is predicted to be producing 40 million bottles a year, equating to a retail value of £1 billion. The industry has also identified that exports of English wine could reach £350 million within the same time frame.

The Department for International Trade (DIT) have supported many notable UK wine producers on filling glasses overseas, most recently at the Nantucket Wine and Food Festival (15-20 May 2019), the premier showcase event for wine in the United States which proved to be a successful shop window for English wine.

Supported by the Food is GREAT campaign – the cross-departmental initiative between DIT and the Department for Environment, Food and Rural Affairs (Defra), several UK vineyards exhibited at the event including Hattingley, Gusbourne and Chapel Down.

Nyetimber, another vineyard that came to DIT for advice and guidance and was also present at the festival, had its sparkling wine served to guests at Pippa Middleton’s wedding; giving it a near-royal seal of approval.

It has been an amazing year for English sparkling wine as producers across the country have picked up prestigious international awards for the homegrown tipple, including wins at the Decanter World Wine Awards, the International Spirits Competition (IWSC) and The International Wine Challenge (IWC).

Overseas buyers are recognising the strength of the sector and are beginning to see the UK as an emerging premium wine region, with the potential to be among the finest in the world. The UK wine industry has identified a number of key markets, the biggest being the United States and Scandinavia which received 65% of total exports, and also emerging markets such as Japan.

It is such an exciting time for the English wine industry right now. The potential for exports is going from strength to strength due to the rapid growth of the sector and an increased demand from overseas markets for high quality British wine.

As vineyards across the country celebrate English wine and its export success, I would encourage other UK wine producers to take inspiration and consider exploring new markets overseas. My international economic department has a network of expert International Trade Advisers on hand to help businesses navigate the entire exporting process.

The Department for International Trade is helping British businesses succeed abroad in ways that never happened before. Many vineyards have already benefited from the services that we offer, and we aim to support many more to cement the UK as the new premium wine destination of the world.

WineGB’s strategy sees export growth as a key part of the industry’s future by cementing the premium quality position which English and Welsh wine holds.

The acknowledgement of that quality has driven a rapid growth in export volumes, particularly to the USA, Scandinavia and Japan, and we look forward to that continuing, in no small part due to the very active support of DIT, the Food is Great campaign run by DEFRA and other government departments.

We are an international economic department, responsible for:

Wines of Great Britain (WineGB) is the national association for the English and Welsh wine industry. WineGB’s mission is to advance the multiple interests of all its members to establish Great Britain as one of the world’s great quality wine regions.