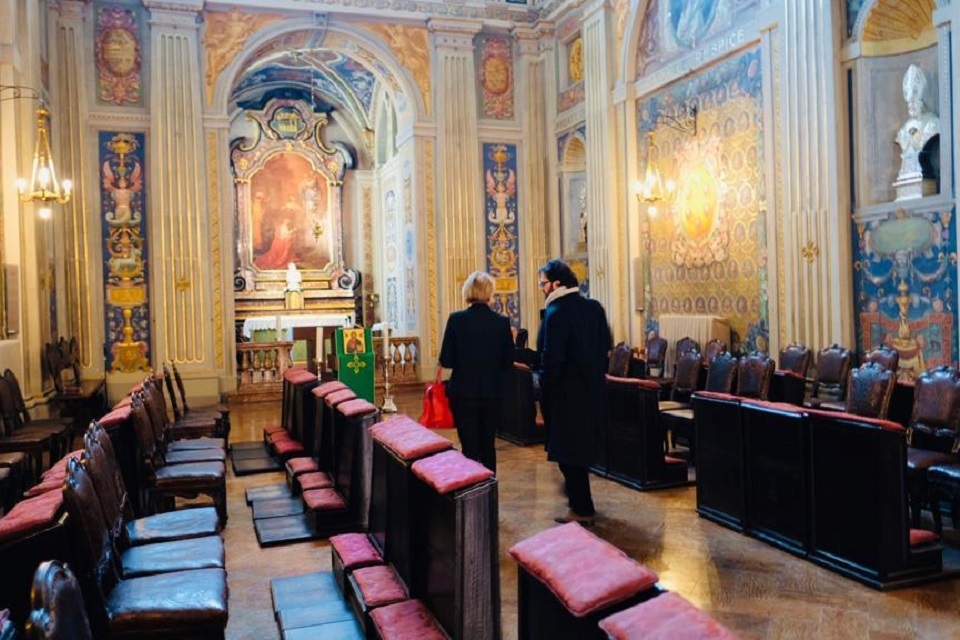 The UKin… Tour, launched by HM Ambassador Jill Morris to strengthen the UK-Italy partnership and leverage the key role played by regions and cities, starts in Lombardy

Pavia, 21 January 2020 – After the presentation of the UKin… campaign hosted last week by ANCI President Antonio Decaro, the new strategy of ‘territorial diplomacy’ of the British Embassy in Italy becomes reality. On 21 and 22 January, Ambassador Jill Morris will be in Pavia for the first of the regional meetings planned for 2020, through which the British Embassy aims to expand the network of contacts and collaboration throughout Italy.

Among the Italian regions, Lombardy enjoys the strongest and oldest trade relationship with the United Kingdom, with a volume of exports of goods amounting to almost €5.2 billion in the first half of 2019 (data as of July 2019). Pavia is also a symbolic milestone, as a historic stopping point along the ancient Via Francigena that connected Canterbury to Rome, as well as the home of one of the oldest universities in Italy.

Institutional and non-institutional meetings are scheduled in Pavia: on January 21, the Ambassador will visit the Borromeo College, where she will meet the Rector Don Alberto Lolli, and Prof. Antonella Forlino, Pro-Rector for International Affairs at the University of Pavia. She will then address a group of students to discuss Italian-British cultural relations and opportunities for study and training in the UK. A visit to the Polo Tecnologico will follow, where the Ambassador will meet President Tommaso Mazzocchi. In the afternoon, she will host a meeting with representatives of local institutions, business and academia at the Council Hall, kindly offered by the Municipality of Pavia.

The two-day event will continue on January 22 with a meeting with Mayor Fabrizio Fracassi. The Ambassador will then meet Prof. Francesco Svelto, Rector of the University of Pavia. At the University, she will also take part in a presentation of findings from a survey commissioned by the Embassy on women’s access to credit in Italy and the United Kingdom. The research is part of the “Women in…” cycle of events organised by the Embassy to promote gender equality in all areas of work where women are still under-represented.

Education High-tech products to level the playing field for …