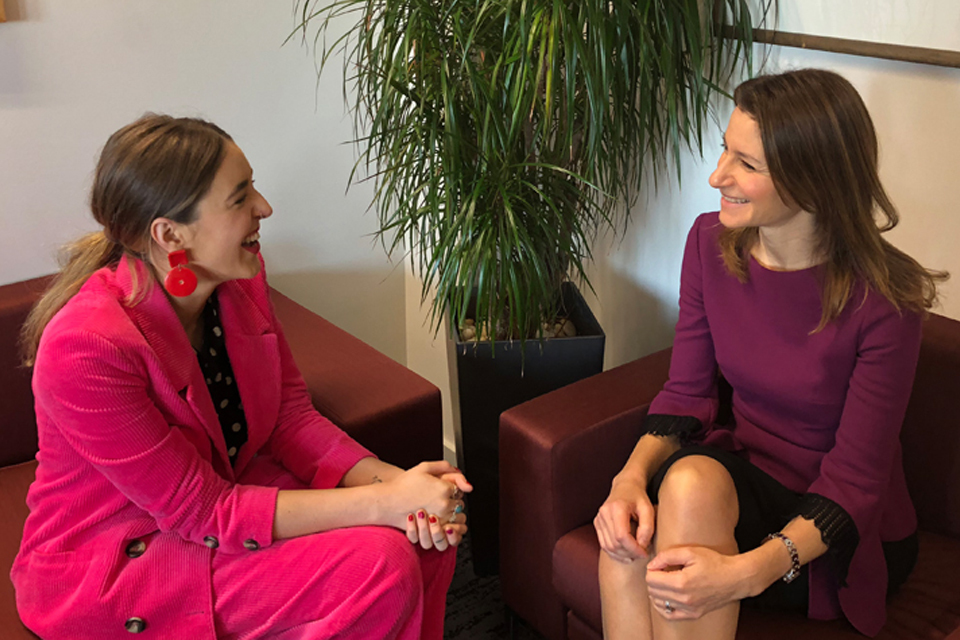 ‘Upskirting’ typically involves offenders taking a picture under a person’s clothing without them knowing, with the intention of viewing their genitals or buttocks. The new law will ban the degrading practice to deter perpetrators, better protect victims, and bring more offenders to justice.

The Government intervened last June to bring forward measures to tackle this behaviour, after a Private Members Bill did not pass its second reading. The government-backed legislation has since successfully passed through both Houses of Parliament.

The move follows tireless efforts by campaigners, victims, charities, ministers and MPs to close a small gap in the law. The issue was first brought to the public’s attention by the unwavering campaign of Gina Martin, after two men took a picture up her skirt at a festival.

Those who commit such a degrading act will face prison, and victims’ complaints will be dealt with seriously.

Gina Martin and other victims, charities and MPs supporting her should be immensely proud. Her efforts show how one campaigner can work with government to change the law for everyone.

After 18 months of tireless work, today we’ve finally done it. As the Queen formally agrees to make our bill into an Act of Parliament, we should see this campaign as not only essential legislative change, but also proof that normal people and grassroots campaigning can make a real difference. It’s a reminder to, instead of saying ‘someone should do something about this’, be that someone.

By the end of the day upskirting will be a specific sexual offence and within a few months our law will be useable. It has been a long time coming but we are finally protected in every scenario – as we should always have been.

Upskirting is a harmful and humiliating form of abuse and often has a devastating impact on all aspects of the victim’s life. We have long been calling, along with the campaigner Gina Martin and a cross-party of MPs, for upskirting to be recognised as a sexual offence. The Ministry of Justice has listened to campaigners’ calls for action on this issue and taken decisive action. Following the bill gaining Royal Assent this week, upskirting is now a criminal offence.

We hope that this new law will be another step forward in challenging the prevailing sexist attitudes and behaviours in our society that underpin violence against women and girls. Domestic abuse does not happen in a cultural vacuum. By making upskirting a criminal offence, we will send out the powerful message that this form of abuse is unacceptable and perpetrators of this crime will be held to account.

Currently the behaviour is successfully prosecuted under the offence of Outraging Public Decency. However, following concerns raised by victims that not all instances of ‘upskirting’ were covered by current law, the government acted to create a new, specific offence.

The Voyeurism Bill outlaws ‘upskirting’ where the purpose is to obtain sexual gratification, or to cause humiliation, distress or alarm. This includes instances where culprits say images were just taken ‘for a laugh’ or when paparazzi are caught taking intrusive images.

It creates two new offences under the Sexual Offences Act 2003 to capture this behaviour. The changes will cover England and Wales; ‘upskirting’ is already a specific offence in Scotland.

The British Transport Police has reported a 178% rise in the number of ‘upskirting’ incidents from 2013-2017.

The new law will come into effect two months from Royal Assent being granted.