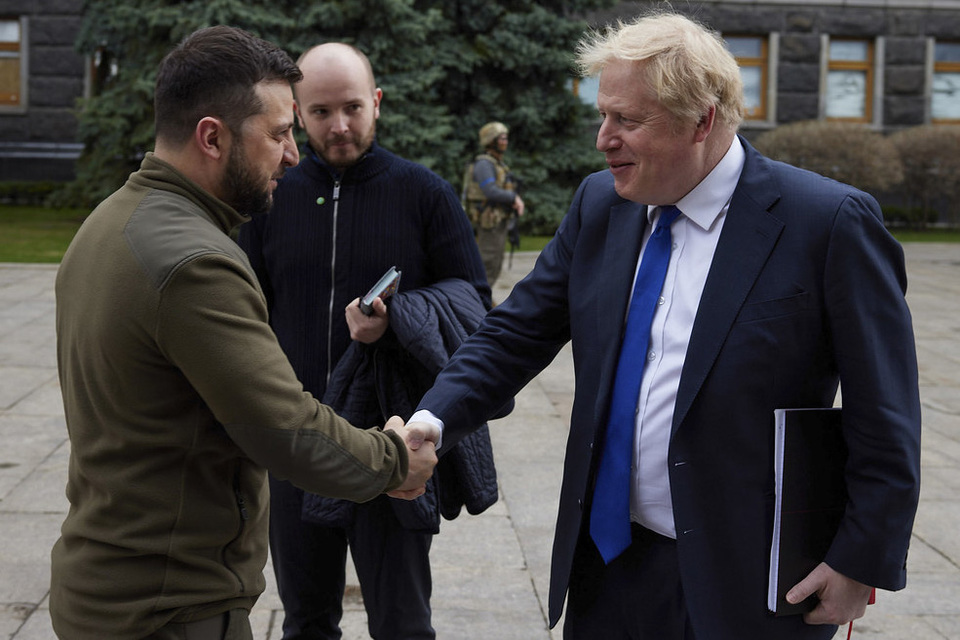 The Prime Minister is in Kyiv today [Saturday] to demonstrate the UK’s steadfast solidarity with Ukraine and hold in-depth discussions with President Zelenskyy on military and economic assistance.

He reiterated that the UK will do everything in its power to support Ukraine’s brave fight against Russia’s brutal and unprovoked invasion and ensure its long term security and prosperity.

The Prime Minister set out new military assistance of 120 armoured vehicles and new anti-ship missile systems, to support Ukraine in this crucial phase while Russia’s illegal assault continues. This is in addition to the £100 million worth of high-grade military equipment announced yesterday, including more Starstreak anti-aircraft missiles, another 800 anti-tank missiles, and high-tech loitering munitions for precision strikes.

The Prime Minister also confirmed further economic support, guaranteeing an additional $500m [£385m] in World Bank lending to Ukraine, taking our total loan guarantee to up to $1 billion. This comes alongside the £394m the UK has provided in grant aid, and will help ensure the continued running of vital humanitarian services for Ukrainians .

The UK has responded to the request of the Ukrainian government by liberalising all tariffs on imports from Ukraine and providing customs easements, as part of our commitment to the country’s economic stability.

It is a privilege to be able to travel to Ukraine and meet President Zelenskyy in person in Kyiv today.

Ukraine has defied the odds and pushed back Russian forces from the gates of Kyiv, achieving the greatest feat of arms of the 21st century.

It is because of President Zelenskyy’s resolute leadership and the invincible heroism and courage of the Ukrainian people that Putin’s monstrous aims are being thwarted.

I made clear today that the United Kingdom stands unwaveringly with them in this ongoing fight, and we are in it for the long run.

We are stepping up our own military and economic support and convening a global alliance to bring this tragedy to an end, and ensure Ukraine survives and thrives as a free and sovereign nation.