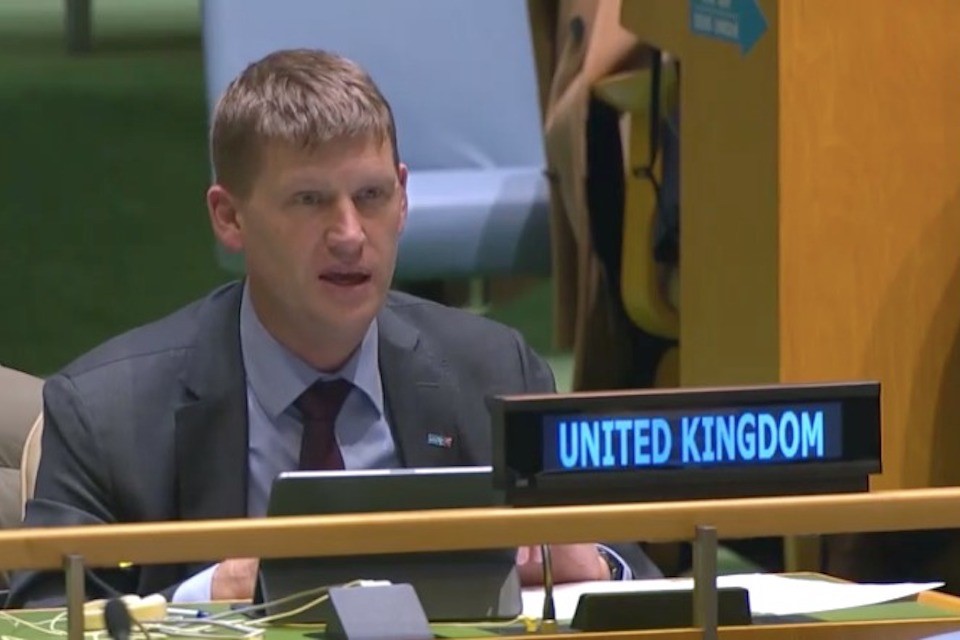 The United Kingdom would like to thank Judge Chile Eboe-Osuji, President of the International Criminal Court (ICC), for his presentation and thank the Court for its annual report to the United Nations. The United Kingdom notes that during the reporting period important progress has been made, despite the practical challenges caused by the COVID-19 pandemic.

Mr President, the United Kingdom believes the Court forms an important part of the rules based international system. That is why the United Kingdom has clearly set out that we believe changes are needed in order for the Court to face the future with confidence. We will continue to support positive reform of the Court, so that it operates as effectively as possible. In particular, the United Kingdom welcomed the establishment of an Independent Expert Review at last year’s Assembly of States Parties, as part of an inclusive State Party driven process for identifying and implementing measures to strengthen the Court. Meaningful reform is a process, not an event, and requires careful and determined attention over a sustained period of time, across many aspects of the Court’s work. It is now essential that work is taken forward to ensure that the necessary changes are made to strengthen the Court. The United Kingdom looks forward to working with States Parties, the Court and civil society to make sure this happens, alongside parallel work strands, to help the Court operate as effectively and efficiently as possible.

Mr President, the United Kingdom believes that the election of the best possible judges and Prosecutor is vital to the future of the ICC. In line with our wider commitment to the Court, the United Kingdom has selected Judge Joanna Korner to be the United Kingdom’s candidate for forthcoming election to the ICC’s judiciary. We strongly recommend Judge Korner to all States Parties. Judge Korner has a clear vision of the positive changes that she can make to the Court, as demonstrated in her public pledges. Moreover, Judge Korner is one of the United Kingdom’s finest judges, offering nearly thirty years of judicial experience, trying some of the most complex and challenging cases. Judge Korner has also served for eight years as a Senior Prosecuting Trial Attorney in the International Criminal Tribunal for the Former Yugoslavia. Most important of all, Judge Korner is forthright about the critical need to support victims, including children and victims of sexual and gender-based violence who have suffered the most appalling crimes.

Mr President, the United Kingdom strongly supports the aims of the ICC and believes the Court has a pivotal role to play in the delivery of justice and as part of the rules based international system. We will continue to demonstrate this support to the Court, and to work together with States Parties and the Court to strengthen and build a Court that is more effective and more efficient, and that ultimately delivers justice for victims and accountability for the most serious crimes of international concern.

Promoting international criminal justice and the rule of law

International Affairs Minister Adams statement on the arrest of oppositi…