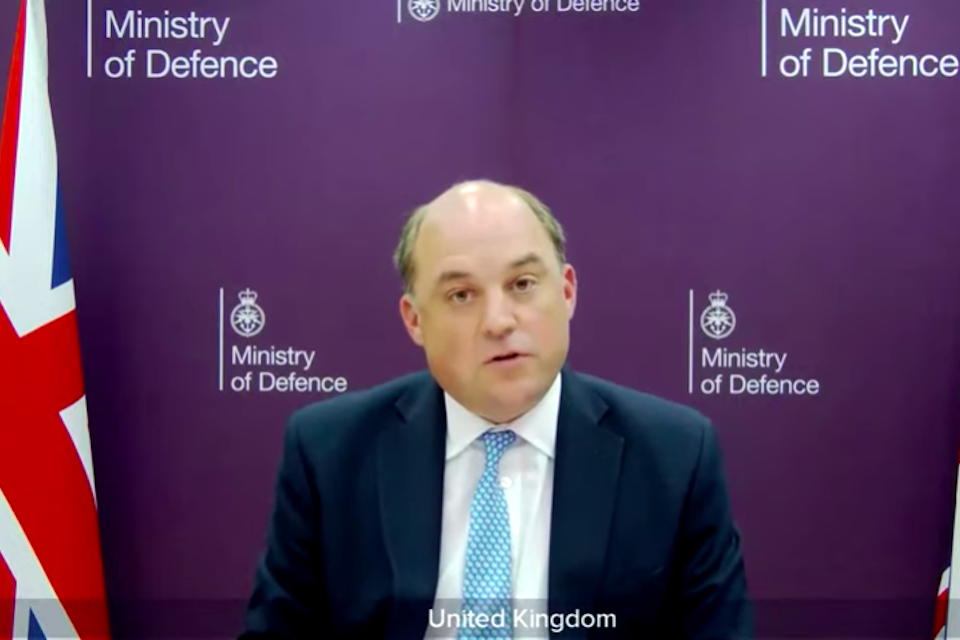 Thank you to our good friend, India, and to His Excellency PM Modi for this extraordinary, welcomed initiative. It is a long overdue debate and I am delighted that the United Kingdom will contribute to it.

Of the many things that unite our nations, among the most significant are our mutual dependence on maritime trade, freedom of navigation and the rule of law.

As an island nation, Britain is always aware that those three things are vital to global security, prosperity, and the environment.

Fundamental to them is our absolute commitment to the UN Convention on the Law of the Sea. Upholding UNCLOS must remain a common endeavour of the international community. UNCLOS represents the foundation of ocean governance that must be respected.

The UK has a proud history in maritime security. We build international support to deter and counter hostile state activity at sea including piracy, smuggling, illegal fishing, and other maritime crimes worldwide.

We are currently preparing a new National Strategy for Maritime Security, to articulate in one place the United Kingdom’s full range of objectives and interventions in the maritime domain up until 2025.

But the reality is that preserving the law of the sea, and access to it, matters to everyone here today. And the fact that some are increasingly prepared to use their strategic locations off key international waterways to destabilise and threaten our precious freedoms should concern us all.

A case in point is the incident on 29 July off the coast of Oman which involved the Liberia-flagged ‘Merchant Vessel Mercer Street’. UK and international assessments have concluded the ship was attacked by Iran, using one or more Unmanned Aerial Vehicles. Besides damage to the vessel, one British and one Romanian national were killed.

We condemn this deliberate, unlawful and targeted attack. It is a clear violation of international law by Iran. Not only does an attack of this nature threaten global commerce, the safety of shipping, the lives of seafarers and the region’s marine environment, but it undermines the rules-based system on which our shared peace and security depends.

At a time of growing anxiety, it is ever more important that our nations stand in solidarity to shore up that system. Because the rules-based international order is not self-perpetuating and the multilateralism of this place is not an alternative to but an extension of our nations’ determination and ability to proactively maintain it.

First, calling out hostile state activity and unacceptable behaviour at sea, whether piracy, smuggling, illegal fishing, illegal incursions into territorial waters, or other maritime crimes. Together we must be ready to attribute, challenge, deter and penalise such behaviour.

Second, it means promoting the rights and freedoms enshrined by the UN Convention on the Law of the Sea – the bedrock of ocean governance – to ensure they remain so, in every part of the world. We have to be clear that a legally enshrined international treaty, bearing the signature of 168 parties, can’t simply be junked on a whim. UNCLOS applies to all the oceans and all the seas. It is not an a la carte option for some states to pick and choose as they wish.

Like India, the UK has a vision for a free, open and secure Indo-Pacific. That is why the United Kingdom’s recent Integrated Review of Foreign, Security, Defence and Development policy set out the importance we attach to the Indo-Pacific – the world’s growth engine, home to half its population and 40% of GDP, offering some of our biggest opportunities but also posing some of our greatest challenges. Whatever happens there, matters to the world.

And that is why you’ll find the UK more persistently engaged and increasingly proactive in the region. As part of this, His Excellency Prime Minister Modi and Prime Minister Johnson agreed a new Maritime Partnership in the Western Indian Ocean in May of this year. And I would like to congratulate India on the election of their candidate for Executive Director of ReCAAP – the Singapore-based counter-piracy and maritime crime information sharing centre.

Finally, though, our commitment on maritime issues must go beyond traditional security. All of us have a responsibility to do what we can to protect our climate. So the UK is leading global efforts to safeguard the marine environment. We are championing the protection of at least 30% of the global ocean by 2030. We are hosting COP26 in Glasgow later this year. And we are supporting the marine environment and poverty reduction around the world through our new $700 million Blue Planet Fund.

Having myself recently returned from a trip to the Indo-Pacific, I have a new-found appreciation for the beauty of that region, but also a renewed appreciation of the threats that all our nations – and our laws – face at sea.

So I have a clear understanding of the UK’s duty, as a P5 nation of this United Nations Security Council, not just to fulfil our essential UNCLOS obligations, but also to uphold it across the world. And I have increased confidence that regional and international cooperation is not just possible, but the only means of enhancing maritime security.

Because, Mr President, I have no doubt that if we work together to ensure the primacy of UNCLOS and to defend our seas then the enhancement to not just our security, but to our trade, our environment and the quality of life of our people will be a benefit to us all.

Climate Change The need for action on climate change is urgent