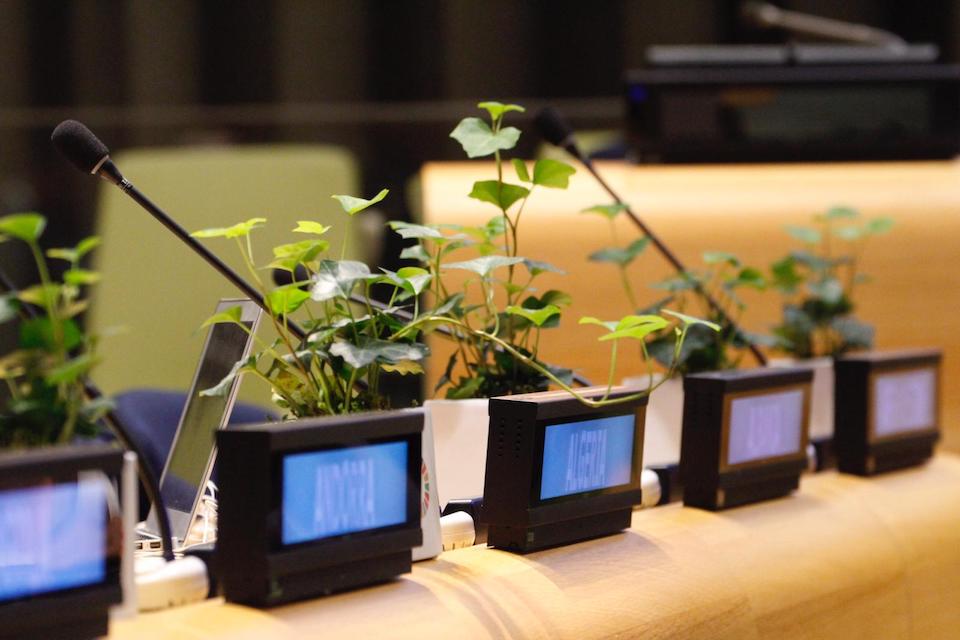 My name is Tariq Ahmad, Lord Ahmad of Wimbledon. I am one of those developed states, as Minister of State in the Foreign Office, with the responsibility for the Commonwealth and the United Nations. I am also the Minister for the Caribbean.

I remember all too well the challenges of climate change more broadly, but quite specifically, I was with the Prime Minister when Hurricane Maria actually hit the Caribbean. I saw myself, Prime Minister, the devastation in your country and working with teams. Again whilst the tragedy of the Bahamas is there for all of us to see, I think there has been progress over the last two years in terms of the nature of a coordinated response, the ability to get supplies there as quickly as possible, but undoubtedly – and you’re quite right, I’ve been listening to the various contributions – there is immense challenge. It’s not just about turning up and signing declarations. It’s not just even – and I speak as a major contributor – pledging funds and making those available. What we’re challenged by here is the ability for Small Island Developing States to actually access that particular finance and certainly I’m keen to hear, but also to share the fact that we recognise that.

I’m delighted we’re joined by the World Bank. In a previous life, I spent 20 years in the City of London so I am acutely aware of some of the innovations in climate financing that we need to develop. And for that matter, I’m proud to announce also that in the early part of next year, notwithstanding some of our domestic challenges in the United Kingdom, we’re looking forward to hosting a specific meeting directly aimed at Small Island Developing States and their ability and improving the accessibility to access finance. And we’ll look forward to hosting that in London so we can get the mechanics addressed and the issues which are repeatedly raised with me.

I hear all the time; “It’s all very well, Tariq, you know, you’ve announced as funding here,” but the ability to access that finally funding is a major hurdle. So I’m delighted to be here and look forward to the discussion

Question: Accessing finance eligibility rules remain a challenge for many SIDs. How can we address the issue which SIDs face in this area?

Answer: Well, I think partly in our opening remarks, we’ve sought to address that. I think undoubtedly the issue of our current systems and how finances access, frankly and bluntly put, aren’t geared towards enabling that accessibility. And that’s why, as I mentioned earlier, we’re seeking to address that issue quite directly by getting quite specifically – and I think this meeting is a great example of getting the ball rolling on it – but with a quite specific technical focus on what needs to be done. That includes getting the right financiers in the room, the right countries in the room, but most importantly the SIDs in the room as well so we can address directly the barriers on accessing finance. And as I said, we will be circulating details of that particular meeting. But I think what is very clear – I mean, I could go through a raft of announcements that we’ve made; Prime Minister Johnson, when he was here earlier in the week, in terms of the new contributions, in terms of the initiatives of climate change, that money, I come back to the point it is only as good as once it’s accessibility is there. Prime Minister, both of you know better than I. But as a minister who’s been around the Caribbean, I saw firsthand after Hurricane Maria and Hurricane Irma devastated the Caribbean, our territories were impacted. I remember walking around Grand Turk, the Turks and Caicos Islands, and actually there was a semblance of something from an old war movie for the Second World War. We understand the devastation. And I assure you, we’re an island state, the United Kingdom. We’re developed, but we’re an island state; we understand the challenges that’s posed. But the issues must be about accessibility. So what are the real barriers so that the systems reflect the money that is available? But I also, just picking up on the Chief Executive’s point from the World Bank, when you look at the stats, there has been money allocated, money is going through, but we still need to do much more in that sphere.

Question: A more specific question, Excellency. The SOMOA Pathway requires a need to build a resilient economy in societies. What is the role of a country like United Kingdom in support of SIDs to address issues of resilience and climate change?

Answer: Well, we were delighted to be asked by the Secretary-General to lead on the resilience strand. Again, experience of a wonderful insight into what needs to be done. From the hurricanes that hit in 2017 to where we are today. In the Bahamas – Darren isn’t here, but I can see a representative here – Darren Hadfield and I was constantly when the Hurricane Dorian hit the Bahamas. One of things we insured over the last two years, working with key partners in the region, working with partners who have interests in the region, such as the Netherlands and France, the United States, Canada, the Caribbean, our own overseas territories, is to establish, if I can put it very bluntly, a real checklist of who’s got what asset in the area, who’s got what capability in the area. Where should the coordination work? Simple things. For example, we went out early in the market to ensure that we already had contracts signed to enable whatever was required as an immediate response. Contracts had already been banked. So the question was, last year, thankfully, we didn’t need to trigger those. This year we have that. We can access those particular contracts and make it work.

The other area is, of course, in terms of immediate relief and support. We have specifically allocated one of our own ships, RFA Mounts Bay, to the region. And again, in response to the challenge that Bahamas faced with Hurricane Dorian, it was the first vessel that was able to enter and provide that immediate relief. And if I could say so – and I’m sure, Prime Minister, you experienced this directly – is that not just that immediate physical relief, but it’s that hope that actually this has hit us and there’s people that care and it matters. That’s phase one. Phase two is very much in terms of providing the structured financing. We haven’t quite specifically over the last few years focussed our attention in this respect. And since the hurricanes, we’ve invested, for example, 360 million pounds on climate resilient infrastructure in nine specific Caribbean countries. That’s not just announcing it, but working with the Caribbean countries in terms of where that focus should be. We’ve also recently committed a further £1.4 billion to the Green Climate Fund, a fifth of which has been spent on Small Island Developing States. Now, high level – and of course we’ve got details of how that is being spent quite specifically, which I can certainly share with member states – but we have many states from the Caribbean present here today. I’ve certainly sought through working with them directly and also through organizations such as CEDEMA that we are not a remote partner. We’re in the region, we’re working with you and we’ll continue to do so.