Providing children with the ‘safety and security they all deserve’ 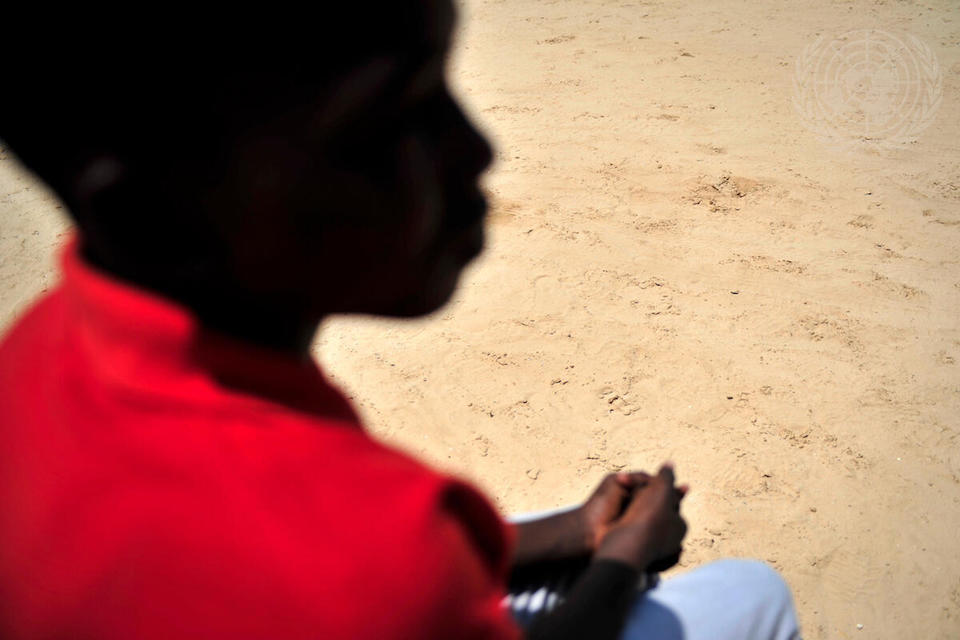 I would like to thank the President of the Security Council for convening this vital Debate, and the briefers for your insightful presentations.

The Secretary-General’s report shows that even 25 years on from the mandate, how far we still need to travel to end the suffering of children.

The scale and the severity of the violations committed against children is appalling.

I am particularly concerned about the increase in the countries already on the Council’s agenda, like Somalia.

This reinforces the urgency of holding elections, so that the government can refocus on the country’s many challenges, not least the protection of its children.

The United Kingdom stands ready to support Somalia, both bilaterally and through UN channels.

The Working Group on Children and Armed Conflict must continue to hold parties-to-conflict to account for their actions.

Greater transparency on listing decisions would ensure the reputation of the UN’s Monitoring and Reporting Mechanism is not only sustained, but also strengthened.

I would also like to draw attention to the plight of the children in Ethiopia and Mozambique.

In the Tigray region of Ethiopia, children have been subjected to horrific sexual abuse. Unaccompanied minors have been forced to flee their homes as refugees, and according to IPC data, thousands of children now face famine.

Seven months on, there is no end to the conflict in sight, though we do continue to call for cessation.

In Mozambique we have reports of children being kidnapped and forcibly recruited, as well as horrific stories of beheadings of children as young as 11, by terrorist insurgents in Cabo Delgado.

I hope next year’s report highlights these particular atrocities.

This year’s report shows how the pandemic has disproportionately affected the world’s most vulnerable, and has been devastating for children in conflict.

COVID-19 has tested the resilience of the Monitoring and Reporting Mechanism, which must continue its evidence-based approach, and rise above politics to focus on the interests of every child.

COVID-19 has also increased the challenge of accessing education in conflict.

Last week, I met with young people from Afghanistan, Iraq, Syria and the Occupied Palestine Territories.

The words of a young Afghan girl have stayed with me.

“When I was holding my pen and notebook in my hands and left for school with thousands of wishes, I was thinking ‘I am one step closer to my dreams’. But, now, I am under the ground with all my dreams… What did I do wrong? Why was I your target?”

Her words should serve as a rallying cry for the Security Council to condemn the alarming increase in attacks on schools and in the abduction of and sexual violence against girls.

Colleagues here will know that girls’ access to education is even lower in times of crisis. In losing access to school, girls not only lose the opportunity to learn, but also the protection that schools afford: from domestic violence, from early and forced marriage and, indeed, teenage pregnancy.

It is a matter of urgency that we incorporate gender perspectives into all our thinking about children in armed conflict.

The UK is committed to Leaving No Girls Behind, and 12 years of quality education by 2030.

More than ever, with the terrible impact of the pandemic, it is imperative that girls’ education remains at the top of our collective agendas, so we can achieve Sustainable Development Goal 4 by 2030.

Looking forward, and with the words of that young Afghan girl in mind, Members have a moral responsibility to maintain child protection across UN mandates, resolutions and sanctions and through special political missions, UN agencies and country teams.

I call upon all Members to ratify the Optional Protocol to the Convention on the Rights of the Child, on the involvement of children in armed conflict and to implement the Paris Principles, Safe Schools Declaration and Vancouver Principles.

These instruments demonstrate our commitment to listen to children, and to provide them with the safety and security they all deserve.

Providing children with the ‘safety and security they all deserve’