This is a British tradition. We don’t have a National Day. So we celebrate the Queen’s Birthday instead.

The Queen was born in 1926, so this year she is 93. I realise that if she came from Erigavo, she might still be considered young. But in Britain she is our oldest ever monarch. She was crowned in 1953, and has been Queen for over 67 years. That makes her by a long way the world’s longest serving Head of State.

In the UK, she has been served by 13 Prime Ministers, starting with Winston Churchill. She has reigned over the end of our Empire; Britain joining the EU in 1973; and, in 2016, voting to leave it again. She has known – really known – every US President since Harry Truman.

I start with that because I think it helps put events in Somalia here in perspective.

In my room, I have a poster. It must date from the 1970s. The poster promotes Somalia as a tourist destination. It features a rather contented looking cheetah. I have it there for a reason. It reminds me not to think of Somalia as a place of troubles, but as a place of unspoiled beaches and of rock art, of poets, of frankincense, of camels and of spicy tea. It reminds me that the sad events of the last few decades do not – must not – define Somalia. Somalia was not like that then and will not be in future.

For more than half the time that the Queen has been on the throne, Somalia was the land on the poster.

Britain is a medium sized country a long way away. But I am proud of what we achieve here. Some here might say that we are at times challenging partners. But that’s because we are true friends, who want Somalia to be the best it can be. 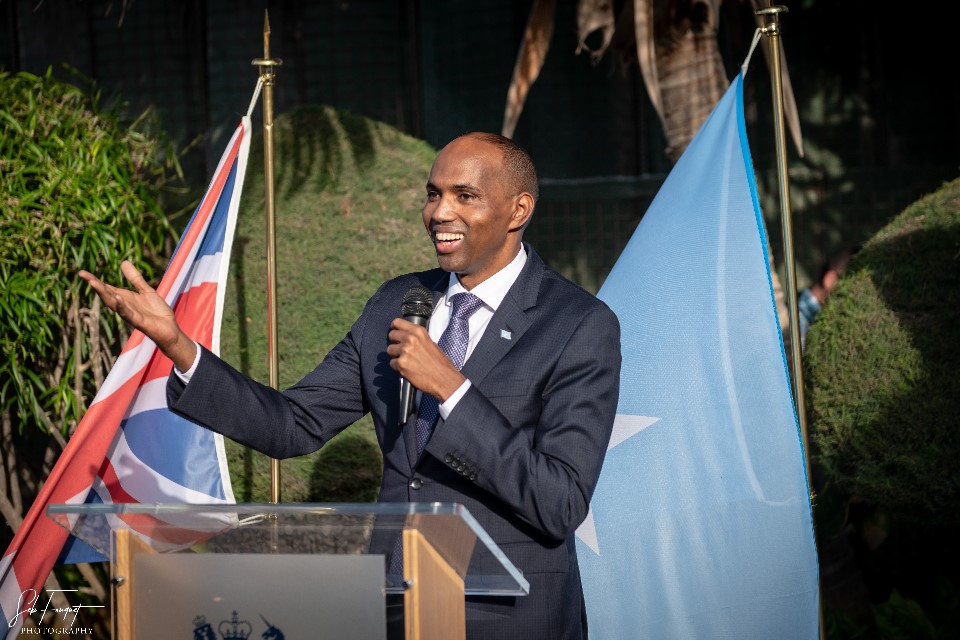 I am proud that we gave shelter to tens of thousands of Somalis during the difficult times and are now helping them to come back with their skills and their ideas, to build a better future. Prime Minister, some of them work in your office and are here today. Please know how much your government and your leadership inspires them, but also how much hope they have invested and how disappointed they will be if we fail to live up to our ideals.

I am proud we are your development partners. We have championed the cause of debt relief, now within reach. A million Somalis have sustainable access to clean water thanks to DFID. We reach 3.6 million with humanitarian assistance, and are the biggest donors in sectors like health. We helped lead the response to the 2017 drought, and were the first to surge funds again this year.

I am proud we are helping you plan and deliver the first Somali-led military operations against Al Shabaab. We are the only country training the Somali National Army at scale outside Mogadishu. I’ve just been with the Minister of Defence to open our new facility in Baidoa; in a few days we’re about to start building a new barracks there so we can scale up further. The training is having a real effect: I’ve seen soldiers there learning to build better defensive positions; they have built three on the roads into Baidoa that have sharply cut the number of attacks in the city.

We are among the biggest supporters of the police. I am proud of the armed counter-terrorism units we train who saved so many civilian lives during the complex attack on Maka al Mukaramah Road in February. And of our stabilisation experts who are the only ones to travel with the army into newly recovered areas. They provide support to communities within days, like the 70 houses they built in Sabiid to replace those destroyed by Al-Shabaab.

I am just as proud of smaller things; the individuals we touch.

The entrepreneurs building app based businesses in which the Somali diaspora can invest.

Those installing solar lighting that is helping girls in IDP camps finish their homework and thus complete schooling.

The Chevening scholars – we’re doubling the number this year – now studying in the UK so they can bring back the ideas from some of the world’s best universities.

Those helping to give girls being forced into marriage the freedom to decide for themselves what life they should lead.

The people helping Somali fishery companies find new export markets, or providing cold storage to farmers so they can get their food to market before it rots.

Many of those involved are here. Please talk to your fellow guests today, they have some incredible stories. What our countries do together changes lives.

Finally, a word on media freedom, our official theme. One of the things I love most about Somalis, like the British, is their robust democratic spirit. Every day, on twitter, I witness that. Frankly, and I suspect the Prime Minister will agree, it’s not always comfortable. But a country where people question and debate will always be free and will one day be strong. A free media is the best way to check abuses of power and root out corruption. 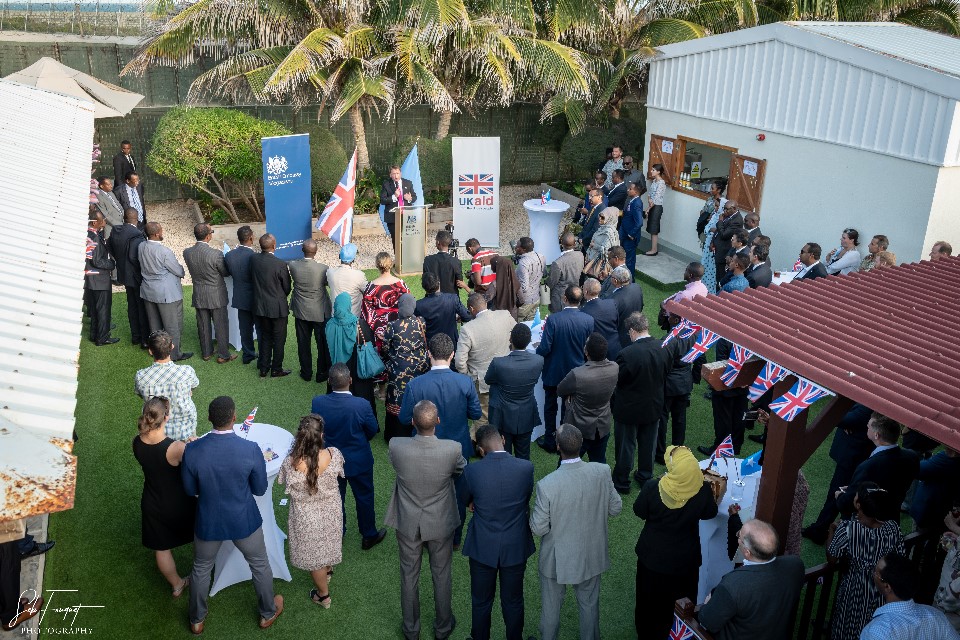 This year, the Embassy is supporting Somalia’s journalists, to develop their talent and help them find their voice. We want them to tell positive stories about Somalia to the wider world. So we have organised a competition for young reporters to tell inspiring stories that ought to be better known. The winners will go on a work placement with BBC Africa.

I’ve loved looking at the photos and watching the videos. They are about IDPs investing in their education. About a disabled man determined to play football. About women who want to be car mechanics. About an elderly man here in Mogadishu, who sweeps the streets every day for no pay because he loves this city.

They are displayed on the walls, so please have a look. They leave one clear impression. Of people across Somalia striving every day to make their country or community a better place.

Lastly, let me thank you all. Because today is really about thanking you, and through you other friends, colleagues and partners who help make the UK-Somalia relationship what it is.

Through our joint efforts, my hope and conviction is that we will one day bring back the land on the poster, with its rather contented cheetah.