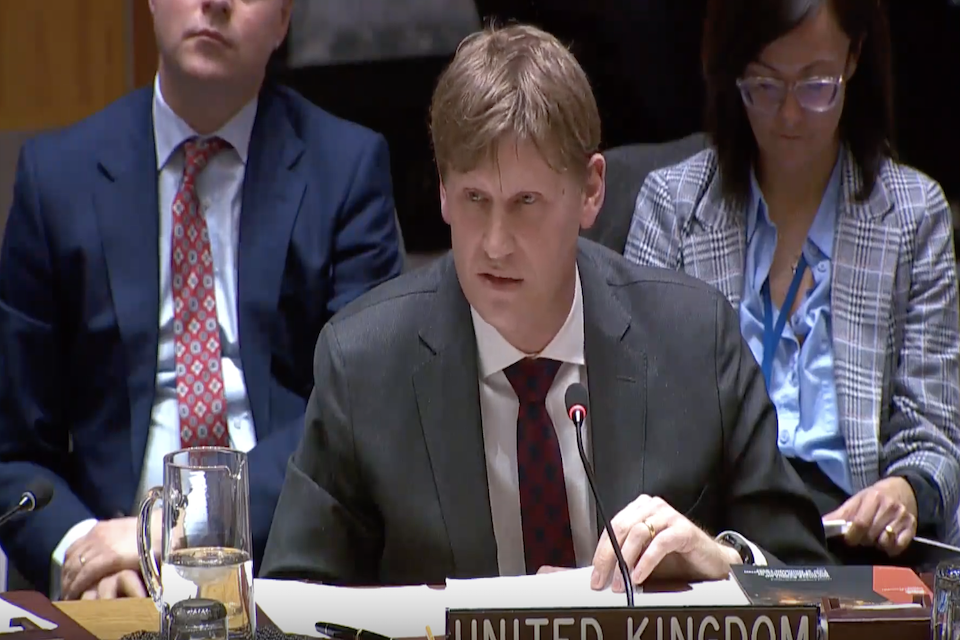 Thank you very much Mr President, and thank you for your guidance to restrict today’s session to questions. I will do so. I have to say, following our Polish colleagues intervention, he’s already taken some of my questions so I think you’re in a very bad time yourself going last. You’ll have to really think of something new. Thank you also to Force Commanders here. May I, like my Polish colleague, pay tribute to the men and women who serve in blue for this Security Council and for this United Nations and pay tribute to those who’ve lost their lives in doing so, but also ask you please to pass on the thanks of this Council to your own troops for all that they’re doing in sometimes very difficult circumstances. It is very, very helpful and important for this Council to hear ground truth from you so I hope you’ll feel enabled and emboldened to answer any questions fully and without any need to be diplomatic.

So a general question if I might, to either or both of you, and that is to ask what impact you’re seeing on the ground and in the support provided from UN HQ as a result of the Secretary-General’s reforms of the peace and security architecture? What impact do you see on the ground?

A second general question; there’s a lot of focus on improving performance of uniformed components in Missions. Do you have access to the data you need to be able to drive forward performance improvement efforts on the basis of evidence?

A question to General Ngondi, specifically on UNAMID; I echo the question my Polish colleague asked about cooperation between the Mission and Sudanese authorities since the removal of President Bashir. I also just wanted to ask you after the looting the Janina camp, what what lessons learned exercise was carried out and what you’ve you’ve taken from from that? Recognising of course, as you say General Ngondi, there’s been a suspension of handing over of team sites for now, what do you take away from that?

And finally on UNFICYP: You mentioned General Pearce, the work UNFICYP does in talking, liaising between the two sides. The most recent mandate calls on cause there to be a mechanism established for direct contact between the two sides to resolve security and other issues as is fairly commonplace in other sort of UN Missions settings. I just wondered if you could tell us anything about how those efforts to establish that are progressing or if not what the blockages might be?

International Affairs Diplomatic missions of the Caribbean: call for bid…