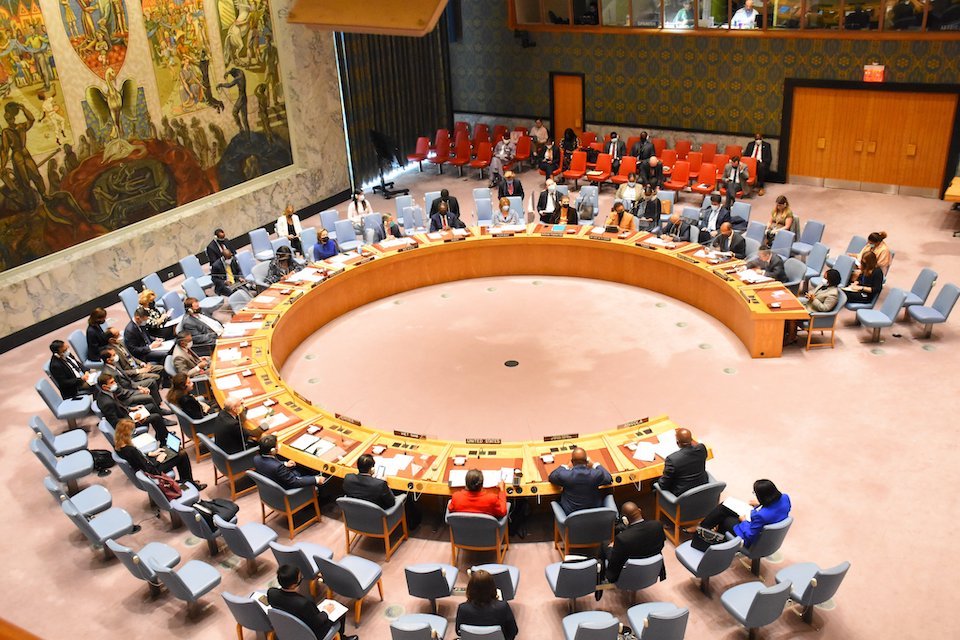 May I join others in congratulating Ambassador Al-Thani of Qatar and
Ambassador Hermann of Denmark on their appointment as Co-
Facilitators of the Intergovernmental Negotiations on Security Council
reform. We are grateful to them for taking up this important responsibility
and look forward to working with them in supporting and reinvigorating
this process.

Today, I reaffirm the United Kingdom’s strong commitment to reforming
the Security Council. The world has changed immeasurably since the
Security Council’s establishment in 1946 and its most recent expansion
in 1965. The Council must change too, to better reflect the world as we
find it in the twenty first century, and to better respond to the threats to
international peace and security that confront us.

Our position is well known, and is unchanged. The United Kingdom
supports modest expansion of the Security Council in both permanent
and non-permanent categories.

We support the creation of new permanent seats for India, Germany,
Japan and Brazil, as well as permanent African representation on the
Council.

We also support a modest expansion of the non-permanent category of
membership, taking the Security Council’s total membership to
somewhere in the mid-twenties.

These changes, we believe, would make for a more representative
Security Council, better able to address challenges to international
peace and security by drawing on the perspectives and the expertise of
a wider range of the UN membership.

And, vitally, it is a model for reform that would preserve the Council’s
ability to respond nimbly and decisively to threats around the globe.

On the question of the veto, the United Kingdom has long maintained
that disagreement in this area should not prevent progress in other
areas where reform is possible.

For our own part, the United Kingdom has not exercised our right to use
the veto since 1989. As supporters of the Accountability Coherence and
Transparency group Code of Conduct, we remain committed not to vote
against a credible draft resolution on timely and decisive action
preventing or ending a mass atrocity, and we encourage all States,
including other permanent members of the Council, to join with us in this
regard.

Before concluding, I will turn briefly to the upcoming Intergovernmental
Negotiations of this session.

We remain fully committed to the Intergovernmental Negotiations
process as a valuable mechanism for Member States to take the
discussion on Security Council reform forwards. We will be engaging
fully in the forthcoming discussions.

Nevertheless, as we have set out a number of times over the years, we
continue to sympathise with those Member States that express concern
and frustration over the lack of progress towards a substantive outcome.

We call for the initiation of text-based negotiations with the aim of
achieving concrete outcomes within a fixed timeframe. And we remain
open to all ideas for moving the process forward at an accelerated rate,
including by formalising and recording the Intergovernmental
Negotiations.

We look forward to working this year towards fulfilling our collective
commitment to “instil new life” in the Security Council reform process.