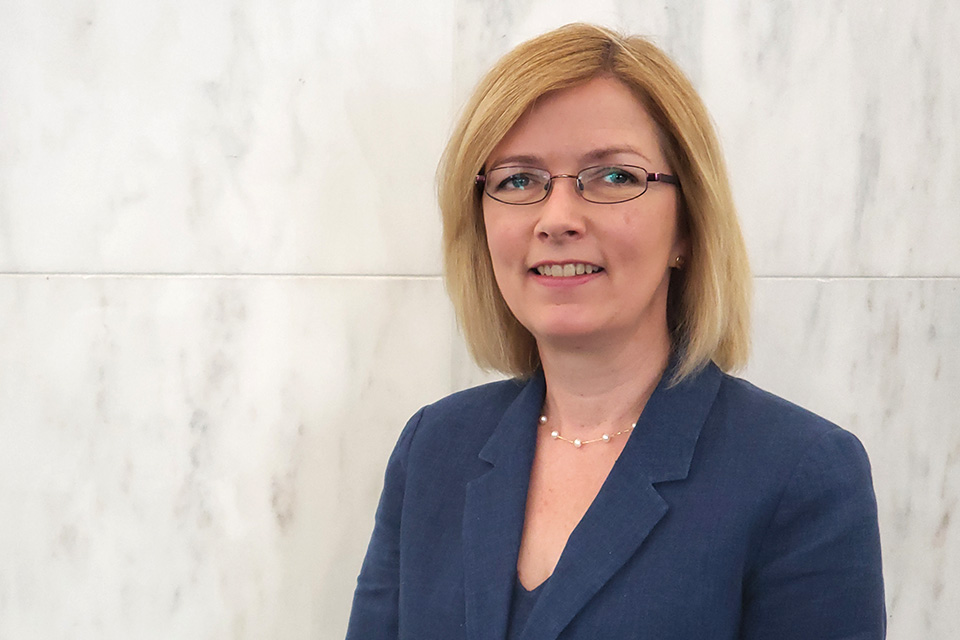 It is a great pleasure for me to be here this morning to add my words of welcome to this MPs’ dialogue on human rights, good governance and development. I want to extend a particularly warm welcome to those of you who have flown in from elsewhere in the region to join us this week. I know we are in for some very valuable debate.

I want to start my remarks with congratulations to the Marshall Islands who have just been elected to the UN Human Rights Council and who, along with Fiji, now make up the biggest ever representation of Pacific countries on that body.

Turning to this week’s dialogue, what is the British High Commissioner doing opening an event for Pacific Island MPs? (You will have spotted that I am neither a Pacific Islander nor a parliamentarian).

Back in April 2018, you may recall that Commonwealth Heads of Government met in London for “CHOGM”. At that meeting, Heads renewed their commitment to national and international action on human rights, the 2030 sustainable development goals and climate change. They agreed in particular on the need for strong national human rights institutions as well as support for the universal periodic review mechanism – the system through which the UN reviews the performance of all members against their international human rights obligations.

The UK was – and is – a very strong supporter of these ideas and measures and we wanted to play our part in helping others to meet these new commitments. We therefore contributed £1.8 million to what became the Pacific Commonwealth Equalities Programme. And the Secretariat of the Pacific Community’s Regional Rights Resource Team were appointed as implementing partners.

We were very pleased to work with SPC on the initiative, not least because most of their staff are themselves Pacific Islanders. In addition, we like the fact that the RRRT programme is demand led – so eligible countries ask for the help they need and, if it is in scope, the RRRT do their best to deliver.

What about the role of MPs? Why are we here with you this week?

One of the threads running through the Commonwealth is the concept of parliamentary democracy. And you do not need me to tell you that, as parliamentarians, you have an essential role to play in representing your constituents’ interests and holding governments to account through the process of parliamentary scrutiny.

But you can only discharge that burden if you have timely access to reporting and data, which shows how governments are doing against their international treaty obligations and the domestic legislation that either supports or flows from that.

We know that access to timely reporting can be a challenge: over 80% of States are overdue on some of their human rights reporting. This means we hear a lot about an “Implementation Gap”, between commitments made and actions taken.

But the good news is that we are also now starting to hear about an “Implementation Agenda”, to which States, civil society groups and development partners are all contributing.

The Pacific is playing a leading role in this Implementation Agenda, including by hosting the first Regional Dialogue earlier this year on National Mechanisms for Implementation, Reporting and Follow Up (“NMIRF”) in Nadi earlier this year. So successful that the UN HRC have just agreed to fund a further five such dialogues.

There is quite a lot of jargon around “monitoring, implementation and reporting”. But perhaps the most important reason for us work together to do this better is that if we can streamline processes, we can also free up resource to get on with the business of delivering the activities and actions which will support the protection and promotion of these universal rights we all hold so dear.

So, coming back to your role as parliamentarians and what we hope to achieve this week:

As I noted earlier, parliamentarians have a critical role to play – in the development of legislation that helps to achieve aims on human rights and development and in your oversight of Government.

This dialogue aims to be a space for Pacific Parliamentarians to debate how that can best be achieved – you are the experts in that and I am encouraged to see almost 75% of the agenda time is allocated to a talanoa for you to do just that, and time allocated to explore this within the context of some of the most pressing issues facing the region today such as climate change.

The success of this dialogue relies on the insights and participation of each and every one of you. We are at a cross roads in the way that human rights are implemented and the manner in which the development agenda is to be realized; and now is the time for you to determine the role of MPs within that and set out the path for the future.

The UK is delighted to be able to sponsor this workshop through PCEP, as it is a critical part of the process in the Pacific claiming ownership of the human rights and development agenda through the work of Parliaments and Parliamentarians.

Finally, I wanted to say that you are not doing this alone. I wanted to pass on a message from your counterparts in the Commonwealth Parliamentary Association UK, who are always keen to engage with the Pacific (though of course there are always resource constraints). As an organisation, their priorities are financial oversight, elections, modern slavery, sustainable development and human rights, security, and trade. The message they ask me to convey to you is to encourage CPA branches in the Pacific to remember CPA UK are always happy to engage and would welcome any proactive approaches.

So, in addition to sharing your own ideas with one another, other parts of the Commonwealth family are also thinking about you and willing to help.

I wish you all the best for a fruitful three days of dialogue.

Remarks for opening of MPs’ Dialogue On Human Rights, Good Governance and Development