Report on the Government Chemist Conference 2021 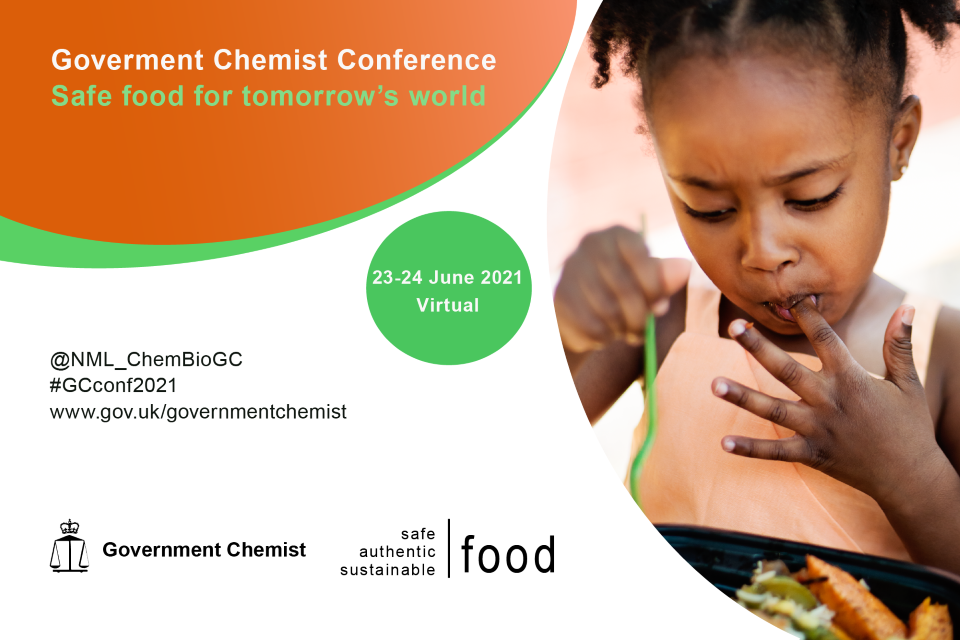 The Government Chemist 2021 Conference “Safe food for tomorrow’s world” took place online on 23 and 24 June. The conference included talks from 20 national and international speakers on topics from regulatory perspective, how food science can impact health outcomes and novel solutions for food authenticity and sustainability. The talks were well received by the 240+ participants who attended the conference for at least one talk.

This event had originally been planned for June 2020, then postponed to June 2021 and finally delivered as an online event. The transition to the online platform did present technical challenges and limited the interaction between participants. However, it also presented an opportunity to engage a greater number of stakeholders at UK and international level.

This attendance level is in line with experience from similar events. Additionally, with the event being accessible from anywhere, participants were able to join for some of the talks or for the whole event, with many joining and leaving the event at different points

A significant proportion of participants (approx 50%) represented UK government departments and local authorities from all the nations.

The vast majority of attendants joined from the UK. However, people joined from Turkey, Slovakia, Latvia, Uruguay and Hong Kong.

Presentations from the conference are available.

Report on the Government Chemist Conference 2021