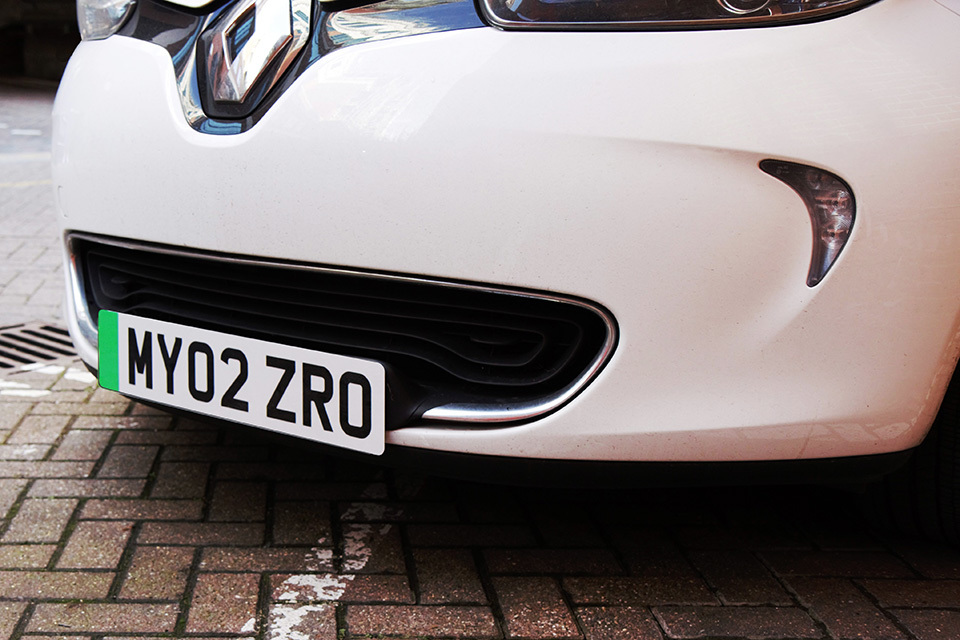 Green number plates will be seen on roads for the first time from today, (8 December 2020) Transport Minister Rachel Maclean has announced, as the country prepares to accelerate the transition to electric vehicles as part of our commitment to reach net-zero by 2050.

The Transport Minister added that the move underlined the government’s commitment to tackling poor air quality in the UK’s towns and cities. It builds on last month’s announcement to end the sale of new petrol and diesel cars and vans in the UK by 2030, putting the UK on course to be the fastest G7 country to decarbonise these vehicles.

The introduction of the new plates on UK roads will raise awareness of the growing number of zero-emission vehicles, as well as helping motorists benefit from local initiatives such as cheaper parking and cost-free entry into zero-emission zones.

We are going further and faster than any other major economy to decarbonise transport, improving air quality in our towns and cities in the process and harnessing the power of clean, green technology to end the UK’s contribution to climate change by 2050.

Not only will green number plates raise awareness of the increasing number of cleaner vehicles on our roads, they could also unlock a number of incentives for drivers. It’s clear there has never been a better time to make the switch to a zero-emission vehicle.

The new number plates can be retro-fitted to any existing vehicles, including cars, vans, buses, HGVs, taxis and motorcycles as long as they emit no CO2 emissions at the tailpipe. They will consist of a green flash on the left-hand side of the plate and can be combined with the Union flag and national identifiers already permitted by the regulations.

The move follows the conclusion of a consultation, inviting comments from the public, local authorities and industry stakeholders from a range of sectors including motoring and consumer groups and vehicle manufacturers, on how best to introduce green number plates.

The introduction of the new plates follows the first-ever meeting of ministers from the world’s largest car markets last month, to form a new Zero Emission Vehicle Transition Council. Hosted by the Business Secretary and the Transport Secretary, the council aims to help accelerate the pace of the global transition, with further council meetings to take place in 2021, including at the 2021 United Nations Climate Change Conference (also known as COP26).

As host of COP26, the UK is leading the way to double the pace of the global transition to a greener future, working with international partners, governments, industry, businesses and civil society to make the transition to zero-emission vehicles easier, cheaper and faster for all.

Transport End of the line for construction as A66 Keswick to…