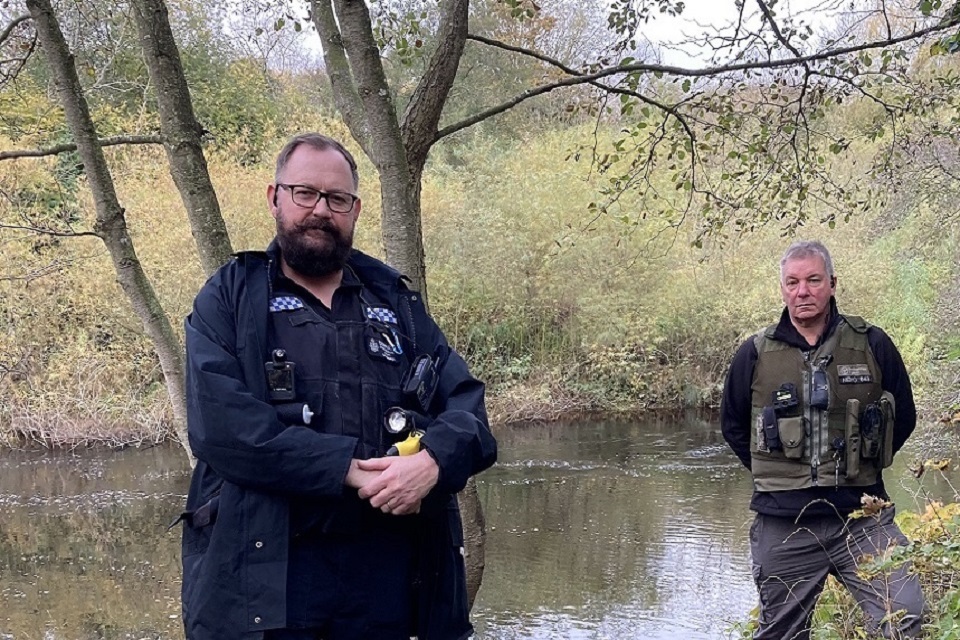 Following reports of illegal fishing activity and anti-social behaviour on the banks of the River Wear extra patrols were carried out in key areas last weekend by police and Fisheries Enforcement Officers.

They targeted locations around Witton Park, Willington and Witton le Wear, where anglers were checked and suspicious activity investigated. Patrols will continue as part of the crackdown.

The River Wear is one of the country’s top sea trout rivers and has also become an important river for salmon. At this time of the year these migratory fish are returning from the sea and heading up river to their spawning grounds.

Unfortunately they often become the target of those who seek to illegally take them using a range of methods from unlicensed angling to gill nets and prohibited instruments such as ‘snares’ and gaffs – a one metre long metal hook.

We work closely with our partners to protect our fisheries and environment as a whole. Information from the public is vital and I’d encourage people to get in touch with us about illegal activity in the area.

The Environment Agency has seized a series of illegal gill nets over recent months, including from the River Wear, and are carrying out investigations. Unlicensed nets are capable of taking significant numbers of fish and can have a damaging impact on future fish stocks.

Fisheries is very carefully managed to protect the future of the industry and ensure fish can get to their breeding grounds to spawn.

Those who operate unlicensed nets or fish illegally risk prosecution, with unlimited fines and possible prison sentences available to the courts, and Environment Agency officers can seize equipment and vehicles.

Information about illegal fishing can be reported to the Environment Agency’s 24-hour incident hotline on 0800 80 70 60.

You can buy a fishing licence online

Environment Agency officers out on patrol are wearing the appropriate protective equipment and adhering to social distancing measures.