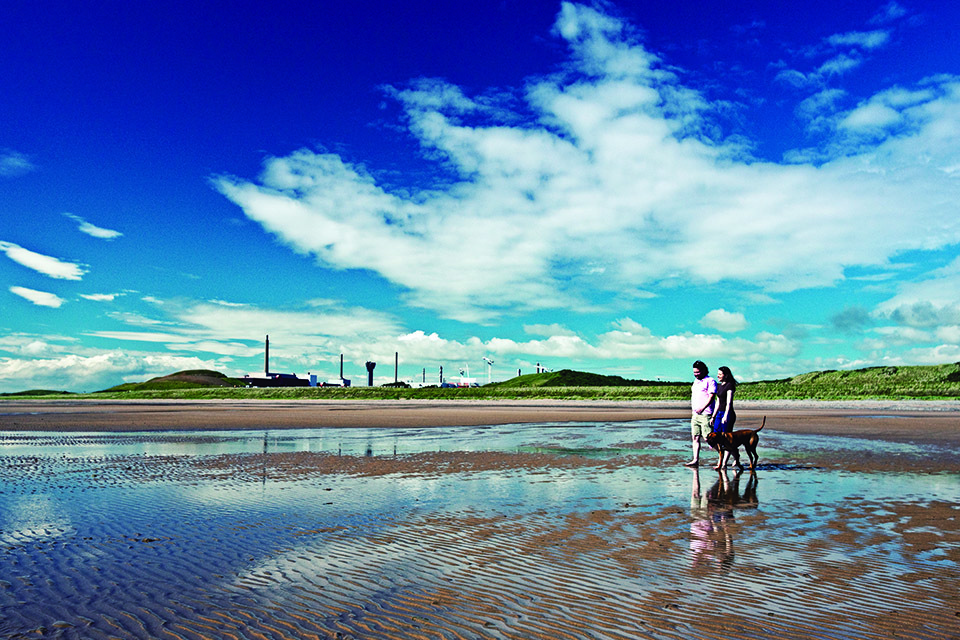 The Working Group will now begin local discussions and fact-finding about siting a Geological Disposal Facility (GDF) in Copeland.

I’m delighted at today’s news and excited about the opportunity of working with communities in Copeland through the Copeland Working Group. Today’s announcement is the first step in identifying a willing community and a suitable site to develop the UK’s capability to dispose of higher-activity waste safely and securely.

This is a vital project for the UK and for future generations. Building a GDF will be one of the biggest environmental protection projects of our lifetime, and one of the largest infrastructure projects over the next century. For the successful community, the economic, employment and investment opportunities it creates will be truly transformational. The project will create large scale employment opportunities over decades, well into the next century, as well as major scope for locally based supply chain and businesses. The Government has also committed to make significant additional investment available for the community that is selected to host a facility.

This is just the start of that process and no decisions on a location for a GDF have been made. We know there are other communities wanting to explore this potential for their area, and I expect more communities to come forward.

RWM, part of the Nuclear Decommissioning Authority group (NDA), will work in partnership with a number of communities from across the country to explore how having a GDF in their area can provide long-term economic and employment benefits and play a major part in their development plans.

The search for a suitable site with a willing host community is a nationwide process in England and Wales, based on the consent of the community, and will include detailed investigations to make sure there is a suitable site to construct a safe and secure GDF. If RWM and the independent regulators don’t agree that a GDF can be designed, constructed and operated safely and securely in a location, then it won’t be built.

A GDF would be made up of highly engineered vaults located deep underground that will be designed to protect the environment and keep the radioactive waste safe and secure while the radioactivity decays naturally to safe levels. Successive UK Governments, supported by scientific advice, agree that this is the right long-term solution for our higher activity radioactive waste, and there is overwhelming international consensus, with similar programmes now underway in Canada, Finland, France, Sweden and Switzerland.

About the Working Group and the GDF siting process

The Working Group in Copeland is made up of individuals and organisations who asked RWM to consider whether a GDF could be located in the area, an independent Chair, independent facilitator, RWM, and others such as Local Authorities from the area. Copeland Borough Council is joining the Working Group at launch. The group will begin local discussions and fact-finding with the community.

Establishing a Working Group is just the starting point in a process that will take several years. It does not mean that a GDF will be built in that location. The Working Group will identify and propose a Search Area for further consideration in the search for potentially suitable sites, engage citizens across the community to begin to understand their views, and recruit initial members for a Community Partnership with RWM that could take the process further forward. A Community Partnership would need to involve at least one relevant Principal Local Authority (e.g. district, county, or unitary authority) from the Search Area.

The geographical area to be discussed will initially cover the whole of Copeland borough, but would exclude the Lake District National Park. The potential for underground facilities off the coast, accessed from land, will also be considered

Setting up the longer-term Community Partnership will trigger access to an immediate £1 million per year of community investment funding, available for projects and initiatives that drive economic development of the area, improve the local environment, or community well-being.

This figure will increase to £2.5 million per year if deep borehole drilling investigations are undertaken, but the major benefit is how a GDF might help the community’s very long-term vision for itself. A key task for the Community Partnership therefore will be developing that vision, which can underpin future significant additional investment in the community that succeeds in hosting a GDF.

Or, for more information visit the Working In Partnership website.