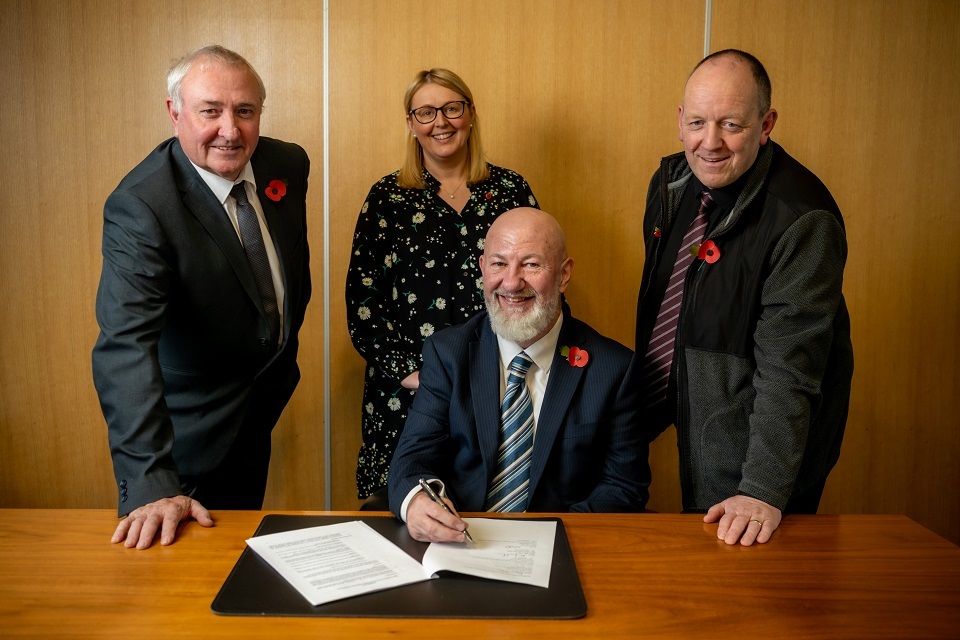 Today’s formation of the first Community Partnership in Copeland marks a step forward in the process to find a willing host community and location for a Geological Disposal Facility (GDF) for higher-activity radioactive waste. The news comes a year after an initial Copeland Working Group was formed.

The Mid Copeland GDF Community Partnership will now focus its engagement activities on a Search Area covering Gosforth & Seascale and Beckermet, where a GDF might be based. The Search Area is based on district council wards.

A second proposed Community Partnership, in South Copeland, will be launched in the coming weeks once details of initial community members have been confirmed.

As recommended by the Copeland Working Group, RWM will initially look at exploring the deep geology beyond the coast for potentially siting the underground elements of a GDF. This means a land-based surface facility could provide access to a disposal area deep in rock beyond the coast. The Lake District National Park and proposed extension will not be considered. Existing and future coal mines will also be excluded from consideration.

Once the Community Partnership is set up, RWM will draw up plans to look at the underlying geology, starting with marine geophysical surveys off the coast.

In addition, the Mid Copeland GDF Community Partnership will:

RWM Chief Executive Karen Wheeler said: “We’re delighted to see the formation of a Community Partnership in Mid Copeland. It will provide a platform to increase community engagement and trigger investment funding for projects that should really benefit the communities involved. RWM look forward to continuing discussions and beginning investigations in these areas for a site that could be suitable for a GDF.”

A second Community Partnership in the southern part of Copeland will be based on the Search Area that covers the district council wards of Millom and Black Combe & Scafell. As with Mid Copeland, the Lake District National Park will be excluded, the proposed extension, plus existing and future coal mines.