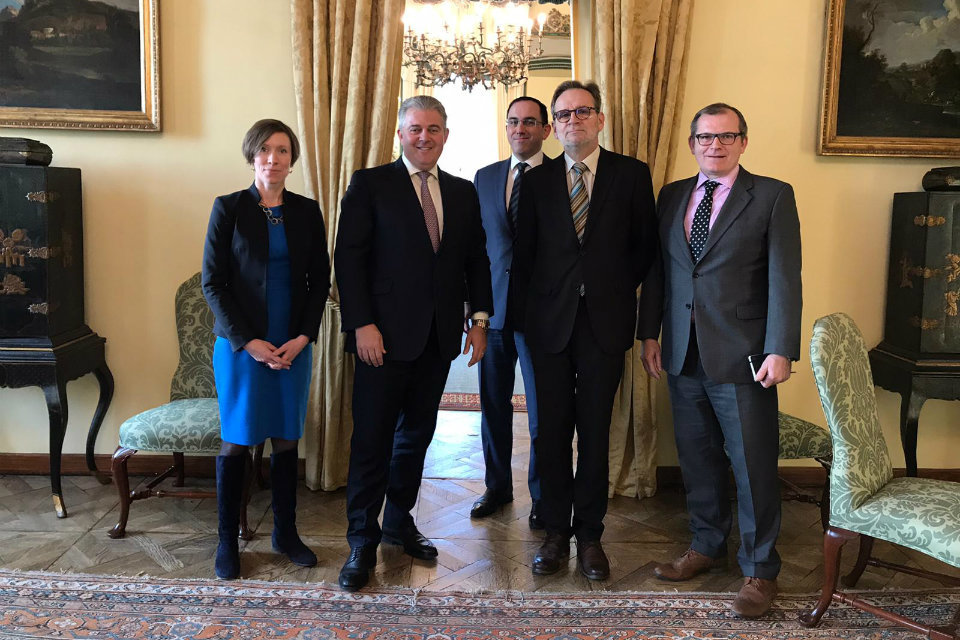 The Security Minister, Brandon Lewis, met his Czech counterparts in Prague this week (15 January 2020) to discuss the close security partnership of the UK and the Czech Republic.

Brandon Lewis held discussions in the Czech capital with Deputy Interior Minister Jakub Kulhánek where the importance of the continuation of UK-Czech and UK-EU cooperation after Brexit was stressed. The Czech Republic is currently president of the ‘Visegrad Four’, an influential regional group of EU member states also including Poland, Slovakia and Hungary.

The minister also met with State Secretary for European Affairs Milena Hrdinková, and discussed the important collaboration between UK law enforcement and Czech authorities on issues like cyber-security and threats from hostile states.

During the visit, Mr Lewis and his counterparts also discussed citizens’ rights after Brexit, and how the EU Settlement Scheme is securing the rights of EU citizens living in the UK.

The UK and the Czech Republic are close security partners and it is in our mutual interest to continue to work closely together after Brexit.

I am very pleased to have met with my counterparts in Prague to discuss the importance of our future collaboration on security, both bilaterally and as part of a close future security relationship with the EU.

This close relationship benefits the safety of the citizens of both of our countries so it is in our mutual interest that it continues.