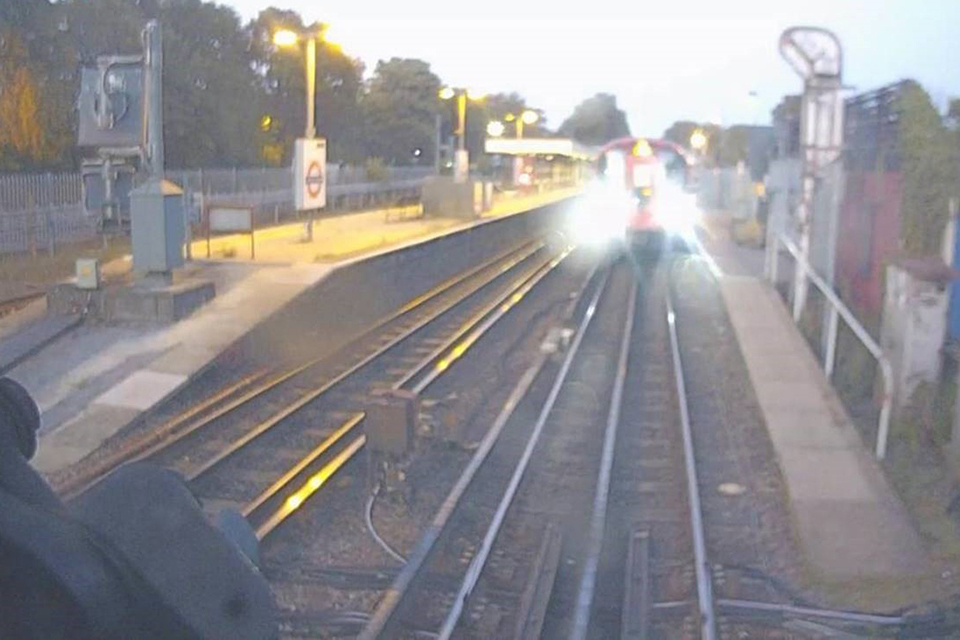 At around 21:45 hrs on 21 June 2020, a Chiltern Railways passenger train travelling southbound on the Metropolitan line of the London Underground network, passed a signal at danger (red) without authority. The signal was protecting a junction through which a route was already set for a northbound train, waiting in Chalfont & Latimer station, to cross in front of the southbound train. Passing the signal at red resulted in an automatic brake application which stopped the southbound train around 310 metres beyond the signal. Shortly afterwards, the train driver reset the automatic brake equipment and the train continued towards Chalfont & Latimer station, around 620 metres away. As a result of the position of the points at the junction, its route towards the station took it onto the northbound line. The northbound London Underground train on this line was stationary because the signal in front of it had changed to red as a result of the southbound train passing the red signal. The two trains stopped about 23 metres apart.

There were no reported injuries but some track components were damaged as the southbound train had proceeded through a route that was not set for it.

Our investigation will identify the sequence of events which led to the signal being passed at danger and the subsequent near-miss. It will also consider

Transport New Eurostar treaties open up direct travel from A…