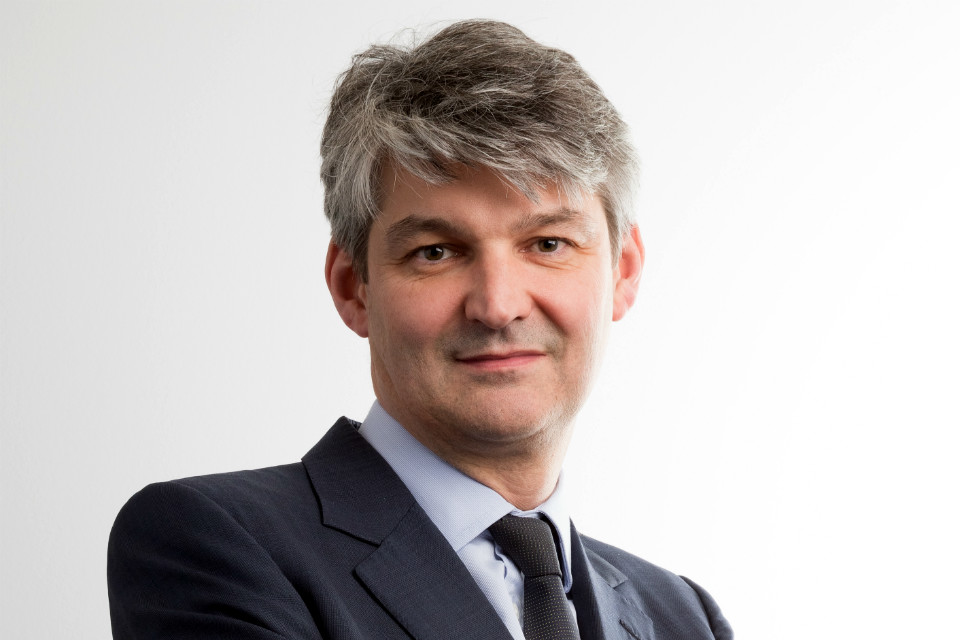 Thank you for inviting me to join you today at the Manama Dialogue. It is a great honour to be speaking here for the first time. And I am delighted to be in the Gulf, a region where the UK enjoys deep and long-standing relationships, and will continue to do so.

As such, we share a deep understanding of how the ocean is tied to the prosperity and security of our peoples. It is one of the reasons we work so closely together and why, in 2018, the UK opened a naval support facility just a few miles from here.

But the ocean is the connective tissue that brings together the Gulf and Asia. And so today I want to talk about two overlapping and very serious challenges to the future of the ocean — to its environment and to its security. Both challenges concern us all.

Covering over two-thirds of the Earth’s surface, the ocean is crucial to life on the planet. It provides more than half the oxygen we breathe, and fuels the cycle that gives us fresh water. It provides food to billions and jobs to millions.

A healthy ocean and coastal habitats are essential allies in our fight against climate change – helping us to generate clean electricity, and able to store more carbon per unit than terrestrial forests.

The ocean also connects us, making our modern lives possible.

Over 700,000 miles of undersea cables carry internet and telephone traffic around the world, bringing people and businesses together.

Each year, more than 11 billion tons of goods are shipped worldwide – providing countries with the raw materials needed for economic development, and giving us all access to products that previous generations could only have imagined possessing.

Humanity cannot thrive without the ocean. But its future is under threat.

We are already witnessing an environmental tragedy unfold. Around a third of marine mammals are threatened with extinction. And more than a third of all fisheries are gone or on the brink of disappearing. There is so much plastic waste in our seas that by 2050 plastic will outweigh fish.

And at the same time, we face grave threats to the law of the sea, the framework that protects freedom of the seas and open supply chains as the lifeblood of the world economy.

Now as competition in the international order intensifies, some states have chosen to openly contest, selectively reinterpret, or discreetly subvert freedom of navigation.

We saw this with HMS Defender’s passage through the Black Sea earlier this year in June. And as well in the disruption of commercial shipping in and around the Strait of Hormuz.

Such activity undermines the United Nations Convention on the Law of the Sea – UNCLOS – and threatens our collective security and prosperity.

UNCLOS, freedom of navigation and the marine environment might seem like issues that should only be of concern to academics and policy experts. They are not. They should concern us all. The global economy and our collective security are dependent on the health of our oceans and our confidence in safe and unhindered passage across it. In March this year, the UK published the Integrated Review of Security, Defence, Development and Foreign Policy, setting our strategy for the years ahead. At the heart of this strategy is a steadfast commitment to tackling climate change and biodiversity loss. This is the UK’s foremost international policy.

I am deeply proud that under the UK’s presidency the world reached an historic agreement in Glasgow to go further and faster in tackling climate change.

But there is much more to do. We must work together to put the ocean at the centre of our efforts.

I would like to thank over 100 countries – including our host, Bahrain – who have already joined the UK to support the target of protecting 30% of the global ocean by 2030.

I call on others to join us in this crucial endeavour, and to support negotiations for an ambitious new agreement under UNCLOS to protect biodiversity in international waters.

Also at the heart of the UK’s strategy, is an unshakeable commitment to democratic values and to freedom.

The UK will be active in ensuring that the future international order remains open, and based on global adherence to a shared set of rules.

In doing so, we will defend UNCLOS – deterring and countering hostile activity. Freedom of the seas and open supply chains are the lifeblood of the world’s economy.

Underpinning this commitment is the Royal Navy. Through our policy of forward presence, you will see Royal Navy ships persistently deployed around the world, acting as burden-sharing and problem-solving partners for you all.

The UK is a founding member of the International Maritime Security Construct, which protects the free flow of trade in the international waters of the Middle East.

And this year, the UK’s Carrier Strike Group is travelling over 26,000 nautical miles, exercising and operating with 36 of our allies and partners.

We have not done this because we are hostile to any state. It is because we want to show our commitment to the freedom of the seas, open supply chains and global peace and stability, including in the Gulf and in the Indo-Pacific region.

This is also the logic behind the AUKUS arrangement. This arrangement, concluded between the UK, Australia and the United States, is based on our mutual long-standing and enduring commitment to peace, stability, balance and an open international order.

As my Prime Minister has said, this is not just a deal between friends: it is the beginning of cooperation on the defence and security aspects of other technologies too including Artificial Intelligence, quantum computing and cyber.

It is in creating such coalitions of the willing and by staying at the forefront of technological advance that we will be able to promote and defend an international order.

The ocean matters to us all. The UK will not stand by while the marine environment is threatened and UNCLOS undermined. But we cannot do this alone, and I call on all countries to join us in preserving our ocean and the prosperity that it provides to us all. If we work together we will be more secure, more prosperous and more confident in the health of our peoples and the planet we share.

International Affairs G7 Summit of Foreign and Development Ministers to …