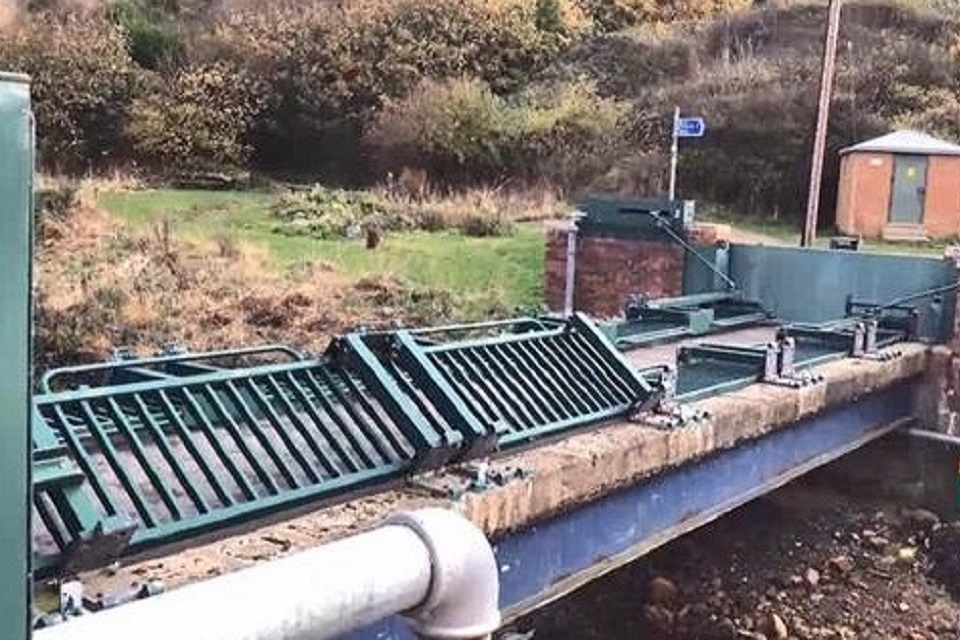 The sirens – one at Kilton Beck and the other at the sea front – were sounded on Wednesday, 10 November. There was a demonstration of Skinningrove’s flood defences at the event, with a test of the lowering bridge parapets and flood gates, which are closed when there is a risk of flooding.

A refresher session for the Flood Wardens and updated Community Flood Plan also ensured the community is ready for winter.

Testing the sirens is part of our work to ensure that we are fully prepared to take action this winter wherever it is needed.

It’s important that we test the audibility of the sirens to check they can be heard as widely as possible. The sirens provide a useful way of quickly alerting the community in Skinningrove, an area where we know that flooding can occur extremely quickly, that flooding is expected and to take action.

The event, which was attended by partners and the community, also involved a demonstration of the flood defences and work with Flood Wardens, which act as the link between the community and Environment Agency so people know what to do before, during and after a flood.

With an audibility level similar to that used by emergency vehicles, the Environment Agency uses the sirens to warn people of possible imminent flooding from Kilton Beck and the sea.

Skinningrove suffered flooding from the Kilton Beck on two occasions in 2000, and then again due to surface water in 2013.

All residents and businesses in the North East are encouraged to sign up to the Environment Agency’s flood warning service, which gives advanced notification of flooding via phone, text and email. It is the principal way that flood warnings are issued, and those who sign up can manage their registrations online so that they can receive warnings wherever they are.

Climate Change Consultation to reform the Agriculture and Horticu…
0
✖