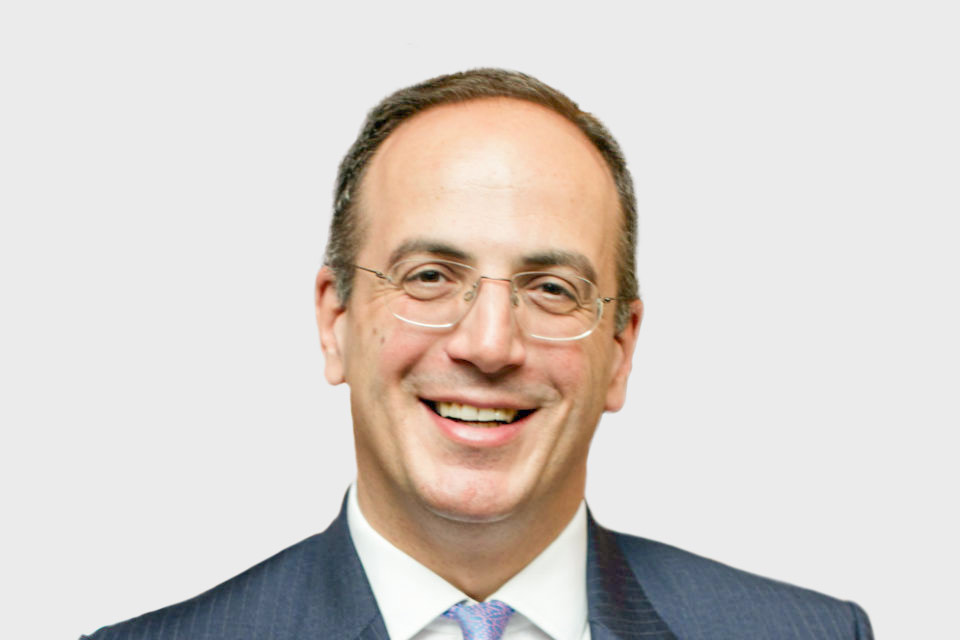 Good morning everyone. It is a pleasure to be here this morning, speaking to you at what is remarkably the 37th Cambridge International Symposium on Economic Crime.

I would like to begin by thanking the organisers and sponsors for their efforts in preparing such an impressive programme for the week ahead.

In particular, I would like to give special thanks to Professor Rider. Alongside his distinguished academic and legal career, Professor Rider has been the driving force behind this event throughout its almost 40 year history and this is an astonishing achievement.

While this is my first Cambridge Symposium since my appointment as Solicitor General in July 2019, I can see that the Symposium is an extraordinary event.

With over 2000 delegates from more than 100 countries, including experts from across government, civil society, business and academia, it provides a truly unique forum for considering the challenges we face from the ongoing and ever-evolving threat of economic crime.

Tackling this threat is a priority for the UK Government and the overarching theme of this year’s Symposium – the shared responsibility for preventing, managing and combating economic crime – is very much at the heart of our response set out in our recently published Economic Crime Plan.

As the UK Government recognises, and as I am sure everybody in this room agrees, it is only through a joined-up, coordinated approach within and between the public and private sectors – as well as with our international partners – that we can effectively address the threat from Economic Crime.

As Law Officers for England and Wales, the Attorney General and I superintend the Crown Prosecution Service (CPS) and Serious Fraud Office (SFO), both of which play an important role in tackling the Economic Crime threat.

With this in mind, I would like to take the opportunity today to highlight some of the significant progress we have made in tackling the threat here in the UK, and how the Economic Crime Plan seeks to embed and strengthen the reforms we have already delivered, as well as to significantly, strengthen coordination and cooperation within and between the public and private sectors.

Before I do that, I would like to start by describing the threat we face.

The threat of economic crime

As we all know, economic crime touches upon all aspects of society.

From low-level fraud through to the most sophisticated cyber-enabled market manipulation, it has a significant impact on our citizens, our institutions, our economies, our competitiveness and our reputations.

And the scale of the threat cannot be overstated.

For example, the number of fraud offences in England and Wales rose by 12% during 2018 alone, standing at 3.6 million – and they now account for almost one third of all crimes.

Furthermore, economic crime facilitates the serious and organised crime that causes so much harm to individuals and communities and is estimated to cost the UK £37 billion each year. Criminality flourishes when these criminals can launder the proceeds of their illicit activity.

The scale of money laundering impacting the UK annually is estimated to be in the tens of billions of pounds, and this abuse no doubt impacts on the UK’s reputation as one of the world’s leading financial centres.

Although the UK enjoys higher levels of integrity than many other countries, we are not immune from the effects of bribery and corruption. Corruption can increase the cost of doing business for individual companies by as much as 10%, distorting markets and deterring trade and investment.

The economic crime threat does not stand still. It is continuously growing and evolving, with criminal networks becoming increasingly resilient and adaptable, quickly exploiting advances in technologies, services, and products, such as crypto-assets.

This gives us a sense of what we are dealing with, however we recognise that more needs to be done to truly understand the scale of the threat and respond to it effectively – this requires a collaborative approach across the sectors, which is why we are committed to working with the private sector to better understand and map out the threat.

To tackle this threat, we have already made some serious inroads by introducing a number of world-leading reforms.

In October last year, we launched the National Economic Crime Centre – or NECC – to deliver a step-change in our approach to economic crime.

The NECC truly amplifies the notion of ‘shared responsibility’ – it is a collaborative, multi-agency centre, which brings together law enforcement and criminal justice agencies, government departments, regulatory bodies, and the private sector to deliver a shared objective of driving down serious and organised economic crime.

I will not say too much about the NECC, as you will have heard from the Director General, Graeme Biggar, earlier this morning. However, I am pleased to say that the SFO and CPS have played a key role in its formation, and are continuing to play a full and active role in its ongoing development and operations.

We have also seen the use of the new powers we legislated for in the Criminal Finances Act 2017 – with the first Unexplained Wealth Orders being issued by the courts, enabling agencies to freeze properties worth over £20 million.

Furthermore, the SFO has had an account freezing order granted and successfully secured the forfeiture of over £1.5 million in March this year. This is believed to be one of the largest seizures of its kind in the UK. The NECC will seek to maximise the use of these powers.

As well as providing law enforcement with such tools, the Criminal Finances Act also created new corporate offences of failure to prevent the facilitation of tax evasion. The new offences came into force on 30 September 2017, and build upon the Bribery Act 2010 – where we continue to see the teeth of the Bribery Act: last year the CPS secured its first section 7 ‘failure to prevent’ bribery conviction.

Furthermore, the introduction of the Bribery Act’s ‘failure to prevent’ offence has shown signs of prompting companies to review their compliance systems and cooperate even more with law enforcement.

We are not stopping there; the Government has completed its call for evidence on corporate criminal liability for wider economic crime, and is currently considering the response.

We have also continued to see the use of Deferred Prosecution Agreements (DPA), another significant tool in our armoury.

In July this year, the SFO secured its fifth DPA with Serco Geographic Ltd, which will result in payments of £19.2m and the SFO’s costs.

This is the fifth DPA the SFO secured since their introduction in 2014 – three of which relate to offences under the Bribery Act.

DPAs are not only promoting good governance and compliance, but also encouraging the private sector to work more closely with criminal justice partners.

The SFO have also recently published guidance on corporate cooperation, which you will have heard more about from the Director, Lisa Osofsky, earlier this morning.

As you can see, through these reforms together with the wider suite of reforms we are delivering as part of our five-year Anti-Corruption Strategy, and our refreshed Serious and Organised Crime Strategy, we have made great strides in our fight against economic crime.

And these efforts are being recognised. For example, in December 2018, the Financial Action Taskforce concluded that UK has the strongest anti-money laundering and counter-terrorist financing regime of the more than 60 countries assessed to date.

However, and as the Financial Action Taskforce also highlighted, we recognise more needs to be done: to embed our reforms and go further still; to prioritise more effectively; and critically, to further strengthen coordination and cooperation within and between the public and private sectors.

That is why we published our three year public-private Economic Crime Plan in July this year. This plan sets out an ambitious agenda to strengthen our whole-system response for tackling economic crime.

Premised on the notion that the ever-evolving and clandestine nature of economic crime means that it can only be combatted by harnessing the capabilities, resources, and experience of both the public and private sectors, the Plan sets out for the first time how both sectors will work together to tackle economic crime.

It builds on the success of existing public-private partnerships such the Joint Money Laundering Intelligence Taskforce. This Taskforce, which has supported over 600 law enforcement investigations and directly contributed to over 150 arrests and the seizure or restraint of over £34 million since it creations in 2014, demonstrates just what a successful public-private partnership can achieve.

The Plan sets out seven priority areas, which reflect a collective assessment of the greatest barriers to combatting economic crime and where we see the greatest scope for collaborative work between the public and private sectors.

These seven priorities will be familiar to us all, and are reflected in this week’s programme, focusing on how through whole-system cooperation and coordination we aim to:

We will deploy the full force of both the public and private sectors to deliver on these priorities, by way of 52 concrete actions.

I would like to pick up on three important themes for me.

First, ensuring that we all work together to ensure we are responding to the threat with an effective criminal justice response.

The Economic Crime Plan sets out a number of commitments which will place us in a better position:

Secondly, linked to the first, we need to ensure we are doing everything we can to ensure that crime does not pay.

Money is the common thread that runs through almost all offending, as criminals use the proceeds of their crime to fund their lifestyle and conduct further crime.

This is why we have also published our Asset Recovery Action Plan alongside the Economic Crime Plan, which sets out an ambitious, collaborative approach for improving our response to recovering criminal finances. One of the key pillars of this Plan is about ensuring that the legal framework supports effective confiscation and denial of criminal assets. This will require co-ordinated action to be taken by a number of partners, across a range of sectors.

We recognise that, in an increasingly competitive world, our longer term economic prosperity needs to be based on trust.

We know that companies across the world can be abused to facilitate corruption, serious and organised economic crime, and tax evasion. This is why the UK is spear heading an international campaign to make public registers of beneficial ownership information the global norm by 2023.

But we are not stopping there…

As we have seen with our own Public Register – the register of Persons with Significant Control – launched in 2016, this, together with the arrangements for timely and unrestricted access to beneficial ownership information in our Crown Dependencies and Overseas Territories, has benefitted UK law enforcement, including the SFO.

So, as you can see, there is much work underway.

And I am confident that through our whole-system approach, we can deliver on the Economic Crime Plan’s vision of defending the UK against economic crime, preventing harm to society and individuals, protecting the integrity of the UK economy, and supporting legitimate growth and prosperity.

However, we cannot be complacent. The threat is ongoing and evolving, and it is incumbent on us all to keep pace and respond accordingly.

The week ahead provides an excellent opportunity to consider the new challenges we are facing, and how we can better work together to address the threat.

I hope you will all grasp these opportunities with both hands.