South West Water has offered to pay £350,000 to the Westcountry Rivers Trust to help a Devon river recover from serious pollution that wiped out the local fish population.

The payment, known as an Enforcement Undertaking, has been accepted by the Environment Agency as an alternative to prosecution and will benefit urban watercourses in the Plymouth area including the Tamerton stream.

In August 2016 the Environment Agency responded to reports of dead fish in the Tamerton stream. The pollution was traced to an overflowing manhole on South West Water’s combined sewer network. South West Water and its contractors arrived on site that evening and stopped the discharge the following morning.

The pollution had a substantial impact on the watercourse, killing more than 100 brown trout. The dead fish were found downstream near Tamerton Foliot, close to where the stream enters the Tavy estuary.

The Tamerton Stream has suffered several pollution incidents over the past five years.

It is good to see a positive outcome from what was serious pollution of a local stream. South West Water has since cleansed the main sewer line that runs through the woods and this should help reduce the likelihood of any further pollution. 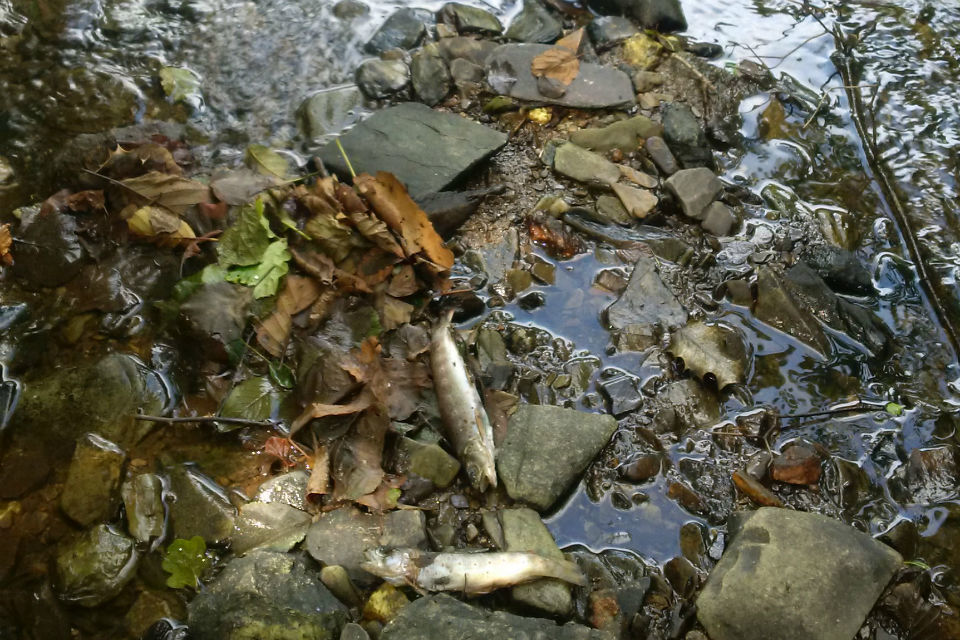 Fish killed in the Taverton stream ended up near the Tavy Estuary, a sensitive watercourse

The Tavy Estuary is a sensitive watercourse with several important designations including Special Protection Area, Special Area of Conservation and a Site of Special Scientific Interest.

The South West Water Enforcement Undertaking offer will fund a programme of works known as the ‘Plymouth River Keepers Project’ that will help offset the damage caused by the water company.

We are excited about the Plymouth River Keepers Project. By encouraging people to reconnect with nature and bringing urban rivers and streams back into the affection of the people living close to them, we believe we can have a positive impact.

The Westcountry Rivers Trust will use the money to restore fish numbers through additional habitat management work and pay for a programme of community engagement to raise awareness of pollution problems on Plymouth’s urban streams. The project also aims to increase public usage and appreciation of the Tamerton stream and encourage community-led monitoring of local watercourses.