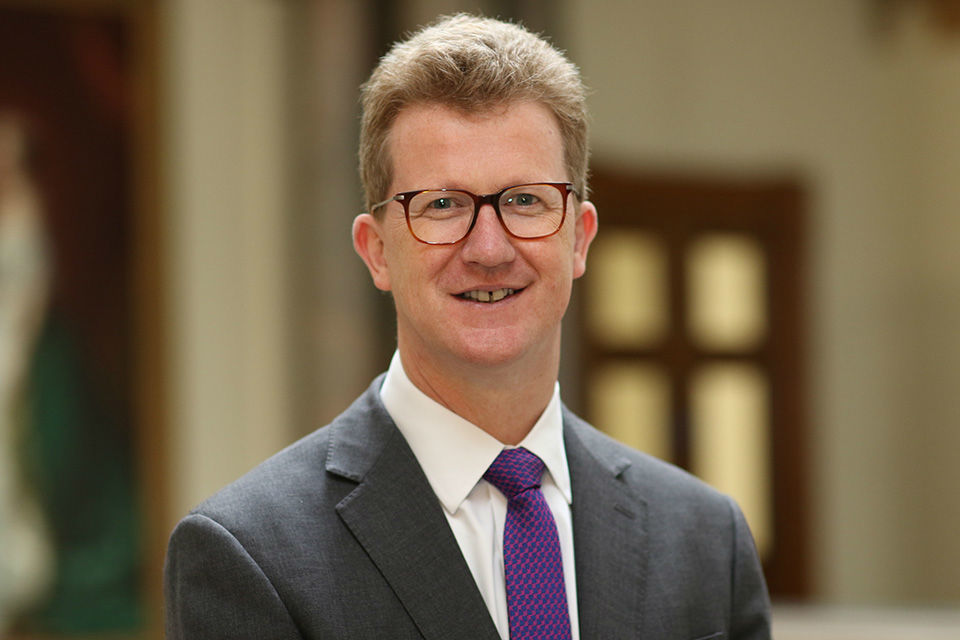 Last November the world marked the centenary of the end of the First World War. The Great War was supposed to be the war to end all wars. But less than 21 years later, Europe was at war again, and in September this year we will commemorate the 80th anniversary of the outbreak of World War II.

While not a battleground in either of the Wars, Cyprus contributed significantly to the allied effort. Yet in many ways, Cyprus’s role in the two wars is an untold story.

The greatest contribution of Cyprus to the First World War was in the form of the Cyprus Mule Corp. Between 13,000 and 16,000 volunteer muleteers, Greek and Turkish speaking, served with the British army on the Macedonian Front.

In the Second World War, Cypriots fought side by side with forces from across the Commonwealth and the allies. Some 20,000 Cypriots from all communities of the island – Greek, Turkish, Armenian, Maronite and Latin – volunteered with the Armed Forces, while another 10,000 Cypriots living in the UK, Australia and US enlisted for service in those countries. Best known among the Cypriot volunteer forces was the Cyprus Regiment, founded on 12 April 1940, and celebrating its 79th anniversary this Friday. And not only Cypriot men joined the allied cause; Cypriot women participated in the Women’s Auxiliary Territorial Service and Women’s Auxiliary Air Force.

Members of the Cyprus Regiment saw service not only in Greece, but also France, Italy the Middle East and North Africa. Some 600 men were killed in action, and are buried in 56 cemetries in 16 countries.

Yet for me one of the most inspiring moments as High Commissioner was to attend the Mayor of Nicosia’s Remembrance Day event in November, and to meet and thank the Cyprus WW2 veterans present. It is wonderful to have veterans among us again tonight. Theirs are the living faces of Cyprus in WW2. We owe a great debt to them and the other Cyprus volunteers for their contribution to the allied cause. They fought for the cause of freedom and they were part of the victory over fascism in Europe. Regrettably, the adherents of fascism were to make their presence felt again in Cyprus, with tragic consequences for the people of this island.

Strangely these facts are not well known to ordinary Cypriots. References to Cyprus’ contributions in the World Wars in the public schools’ curriculum are limited and certainly not sufficient. I wonder how many Cypriots have visited the memorials to the fallen erected in Nicosia, Paphos and Larnaca by the Cyprus Veterans’ Association of WWII?

“1940: Faces & Images” is a positive step towards raising the profile of Cyprus in the World Wars. I welcome the fact that this exhibition includes participation from the Imperial War Museum and that a smaller part of it will travel to the National Army Museum in London, bringing the stories of UK-Cyprus co-operation in the Great Wars to the attention of the broader public in both our countries. These testimonies of historic co-operation form an important part of our bilateral links and the history that binds our nations together.

The High Commission is pleased to be working with the Bank of Cyprus Cultural Foundation on some side events to the exhibition in the coming months which will further tell the stories of the Great Wars.

Learning about and from the past is important for every nation. Cyprus has a number of impressive stories to tell from this part of its history: of communities working together side by side for the common good; defending freedom; and providing protection to those in need; and industriousness. Such values are as important today as in the past and central to Cyprus’s modern role and vocation as a pillar of stability and European values in the Eastern Mediterranean region.

I congratulate the Bank of Cyprus Foundation for its initiative to hold this Exhibition and like all of you, I look forward to learning more from it.

Thank you and a very good evening.

International Affairs Putting humanitarian issues at the forefront of S…