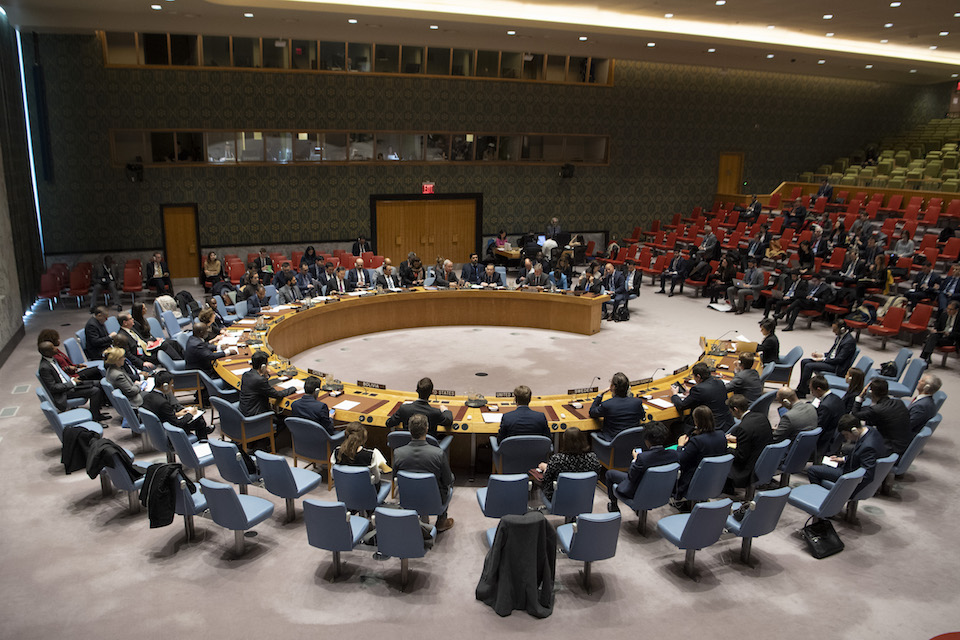 Thank you very much indeed Mr President. I would like to join other colleagues in thanking the Under-Secretary-General for his briefing and I’d like to join other colleagues in making clear that the United Kingdom also condemns Hizballah’s building of tunnels leading into Israel. As others have noted Mr President, it is a clear violation by Hizballah of Security Council resolution 1701. It threatens Israel’s security, it threatens Lebanon’s security and it threatens regional stability. We are clear that Israel has the right to defend itself against Hizballah and all other armed militia groups which put the security of Israel at risk. All Israelis, all Lebanese, have the right to live in peace without fear for their security.

For too long Mr President, as other speakers have noted, we have witnessed Hizballah blatantly disregard UN resolutions. Their continued possession of weapons outside of Lebanese state control; their reported attempts to acquire dangerous new missile capabilities; as well as their statements threatening Israel, remain deeply alarming. Without an end to Hizballah’s illegal activities in Lebanon, and the region, we will continue to see regional stability threatened.

The United Kingdom recognises the important work carried out by UNIFIL in maintaining calm and stability along the Blue Line over the last 12 years and we pay tribute to those nations who have provided commanders and troops for UNIFIL throughout that time. But the existence of the tunnels reinforces the importance of ensuring UNIFIL’s mandate is effective and strong, and that it has full access to all areas within its operation. We condemn any attempts at restricting UNIFIL’s freedom of movement. We recognise that there is a question of access to private property in the context of investigating where the tunnels are and we recognise this can be difficult. But it is not impossible to resolve this issue and we look forward to a workable solution being found.

We welcome UNIFIL’s response and its actions to monitor the situation in addition, and maintain calm, including by deploying additional troops and liaison teams to sensitive locations along the Blue Line. It is vitally important that UNIFIL continues to liaise closely with the Lebanese and Israeli authorities. We call on the Lebanese state, and in particular the Lebanese Armed Forces, as the sole and legitimate defenders of Lebanon, to take appropriate action to neutralise the tunnels as a matter of urgency, working closely with UNIFIL. And we encourage Israel to continue sharing with UNIFIL, to the fullest extent possible, any information that would assist UNIFIL and the LAF in taking action. Where there are difficulties we urge all parties to work together constructively to overcome these. It is in neither side’s interest for the situation to escalate.

Mr President, the United Kingdom has been clear in this Council on many occasions that we condemn Israeli violations of Lebanese sovereignty, whether by land, sea or air. Such actions undermine confidence and stability and we call for all relevant Security Council resolutions, in particular 1559 and 1701, to be respected in full. In this regard, the UK welcomes the commitments by both Israel and Lebanon including the recent statement from the Lebanese Foreign Ministry on the full implementation of 1701, refusal to accept any violations and respect of the Blue Line.

Mr President, finally the UK calls on all sides to continue to abide by their commitments and to avoid actions and rhetoric that could destabilise the situation and region.