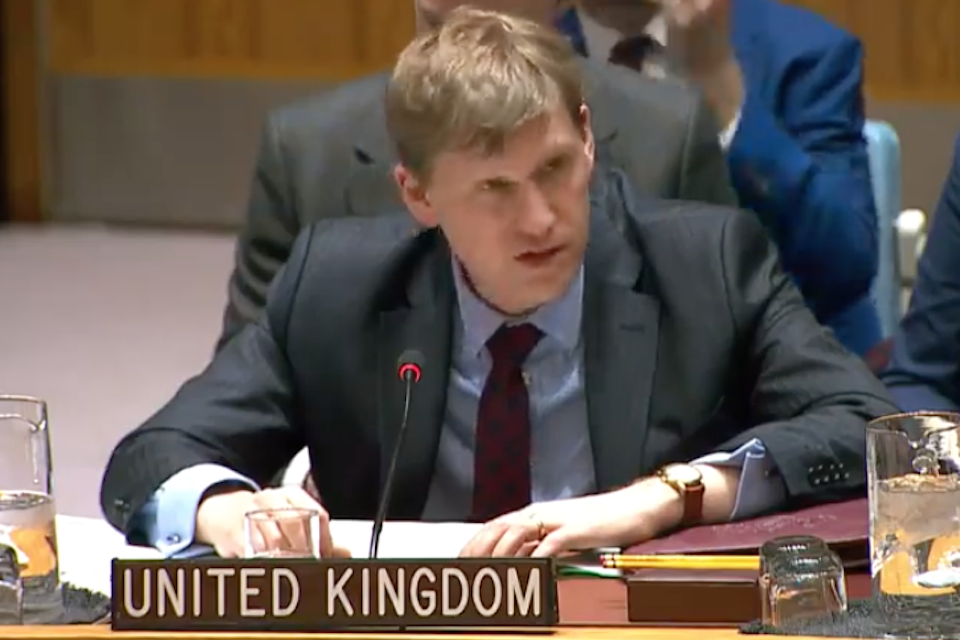 Well thank you, Mr President and let me join others in thanking our briefers today for what they had to tell us as well.

Mr President, we welcome former President Mkapa’s efforts and dedication to the East African Community-led inter-Burundi dialogue. And we now look to the East African community and the government of Burundi to take this work forward. And we very much encouraged the region to remain engaged and we think that the support of the region is vital for stability in Burundi.

Mr President, credible, free and fair elections in 2020 are crucial to peace and prosperity in Burundi and across the region and parties must be allowed to campaign freely in the run up to the election. In that light, we welcome the registration of political parties as a sign of opening political space. And we continue to salute the President’s decision not to stand in the 2020 elections. The United Kingdom reiterates the African Union’s call for the government of Burundi and the political parties in that country to work together for the smooth conduct of the next elections. And we think it would be helpful for there to be engagement between the United Nations and the government of Burundi to inform any decisions on how the UN could best support Burundi with its electoral process.

Mr President, continued reports of human rights violations are deeply concerning. As the Secretary-General’s November report made clear, the office of the United Nations High Commissioner for Human Rights continued to receive allegations of grave violations and abuses, including killings, forced disappearances, ill treatment, cases of arbitrary arrest and detention and threats and restrictions on freedom of association, expression and movement. It is therefore extremely concerning that reporting has been restricted by the government of Burundi who have requested the closure of the Office of the High Commissioner of the United Nations for human rights on 5 December. We regret the closure of the office and we encourage the Government of Burundi to continue talks with the Resident Coordinators team to determine how human rights experts and offices can be attached to the country team and can help inform this important part of the work.

As Ambassador Lauber has said in a statement agreed by the Government of Burundi, among others, human rights is a key part of peacebuilding. We do the people of Burundi no service if we do not acknowledge this or even mention it.

Mr President, the run-in to 2020 elections is a critical time for Burundi. We’ve all talked about and welcomed current stability in Burundi. But failure to address alleged human rights violations will threaten stability, as will the ongoing humanitarian crisis. And with those elections in mind, we believe that it is crucial that the region and the international community remain seized of the situation and we therefore believe that Burundi should remain on this Council’s agenda.

Fair elections and access to human rights reporting in Burundi

International Affairs Britain and Germany – an alliance of values…