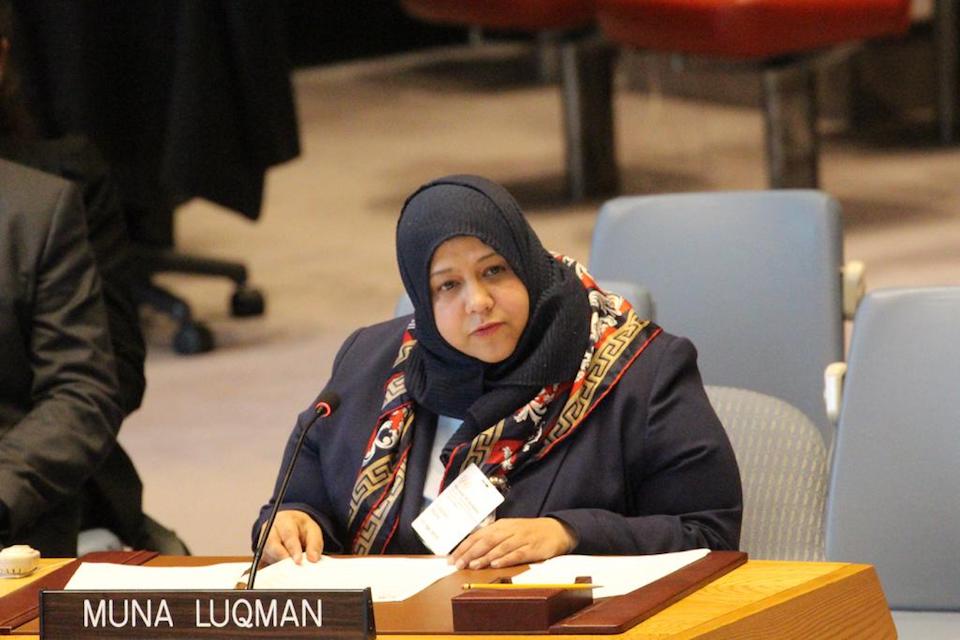 Thank you Mr President and thank you to all our briefers.

I’ll split my remarks if I may into what we heard from Mark and Martin and then what we’ve heard from Ms Gamba and from Muna Luqman but I think it was all very powerful. Thank you to Mark, Martin and General Lollesgaard, who we will hear from later, for their tireless efforts to push implementation of the agreements reached in Stockholm. I think Muna’s testimony was very powerful, but we know that the UN has been working very hard to get implementation. And I think I speak for everyone in the Council in saying the Council really wants to stay united behind you in pushing for that. The fact that you’ve got agreements to the concept of operations for Phase 1 as you say is helpful. I don’t think we underestimate the scale of the task. Martin, you referred to the fact that voluntary withdrawals would be the first time this has happened in the Yemeni context so we appreciate the scale of the task. But at the same time, we do want the parties to be aware that the lack of implementation is very worrying and we urge all the parties to put in place whatever steps need to be taken to get Stockholm implemented in full. And we also look to the parties to remove all the impediments to the UN’s ability to operate effectively in Hodeidah. And we’ll have a couple of questions to follow up on when we go into closed consultations.

I wanted to turn to what Mark said; I think it’s shocking that we can’t get access to the Red Sea Mills after all this time. We were very hopeful after the last briefing but it’s very disappointing to hear that those obstacles still continue. And I just want to echo Mark’s call; if it’s possible for the grain to be salvaged, even at this late stage, then I think we look to the parties to redouble their efforts to work with the UN to ensure that can happen. I think obviously the figures Mark gave us about the 80 percent drop in humanitarian assistance in what we know is already the greatest humanitarian crisis in the world. The contrast between those two statements is extremely alarming and Mr President, I’m running out of superlatives to echo how worrying this is. There’s been some very welcome pledges from Saudi Arabia and the UAE and they have just announced disbursing $200 million of the pledges that they’ve made. But there’s still a $1.5 billion funding gap in the humanitarian response plan. For our part, we have pledged $300 million and we’ve brought forward our disbursement so we can support the UN. But I would like to encourage all donors today to disburse their funds rapidly and to pledge additional funds throughout the year.

Turning to the very powerful testimonies we heard from the SRSG and from Ms Muna Luqman, thank you for putting the focus on children. Today is a very good moment to reflect quite how desperate the plight of children is in Yemen. And I just want to pay tribute also to the Belgium PR and his mission for all the work they have done on children in the Yemen conflict. We need to consider very carefully what you’ve told us. And we heard from Muna a very graphic account of what the continuing conflict means for individuals. And I think you’re quite right, Muna to hold the Council to account and to ask us to work with the UN to do more. So we will take that very seriously and we will do what we can.

Finally, Mr President, I just wanted to end going back to the Stockholm Agreement. It was designed to build confidence and prepare the road for a comprehensive political process to end the conflict. That’s such an important goal. The stakes are too high for us to let that fail and the Council, in our view, Mr President, should be ready to take stronger measures if there’s no progress by our next meeting. And I’d like to follow that up in consultations, if I may. Thank you.