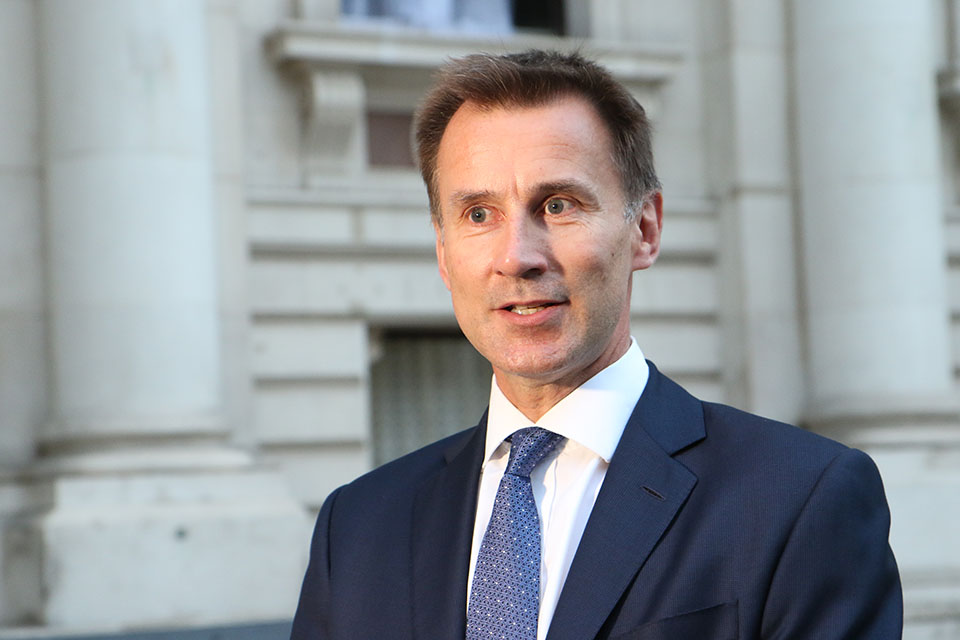 The Easter story begins with persecution but ends in salvation. A man is crucified for his faith, only to rise from the dead and re-join his followers, a miracle that we celebrate today.

But the sombre truth is that millions of Christians will today celebrate Easter while living under a similar shadow of persecution.

Many will be gathering in churches at risk of attack; countless more will have suffered threats or discrimination.

Some Christians will be worshipping at the scene of unspeakable atrocities. St Mark’s Coptic Orthodox Cathedral in Alexandria, Egypt, for example, was the target of a terrorist attack on Palm Sunday in 2017 that killed 17 people.

In the southern Philippines, terrorists planted a bomb in the Cathedral of Our Lady of Mount Carmel, claiming 20 lives during mass on January 27 this year.

The world was rightly shocked by the flames destroying Notre-Dame in Paris last week, a tragedy that touched our common humanity. In too many parts of the world, however, it is the congregations themselves who perish.

As the Prince of Wales wrote on Good Friday, there is something inexpressibly tragic about the innocent being murdered because of their faith.

There is a peculiar wickedness about hate-filled extremism that justifies murder because of the God someone chooses to worship. Of all the people who suffer persecution for their faith, it may surprise some to know that the greatest number are Christian.

In total, about 245 million Christians endure oppression worldwide, according to the campaign group Open Doors. And last year more than 4,000 Christians were killed because of their faith.

In 2015, Christians faced harassment from governments or social groups in 128 nations, according to the Pew Research Centre. By 2016, this had risen to 144. China imposes the ‘highest levels of government restrictions’.

Should religious persecution matter in an increasingly secular world? The truth is that, if a regime tries to control what you believe, it will generally seek to control every other aspect of your life.

Where Christians are persecuted, other human rights are often brutally abused.

Yet the Universal Declaration of Human Rights, passed by the United Nations General Assembly without a single negative vote in 1948, enshrines ‘freedom of thought, conscience and religion’. The declaration makes clear that everyone has a right to the ‘practice, worship and observance’ of their faith.

Britain has always championed freedom of religion or belief for everyone. In my first weeks as Foreign Secretary I prioritised the plight of the Rohingya Muslims, horrifically targeted by the army of Myanmar (formerly Burma.) But I am not convinced that our efforts on behalf of Christians have always measured up to the scale of the issue.

In the Middle East, for example, the survival of Christianity as a living religion now hangs in the balance. A century ago, about 20% of people in the region were Christians; today the figure is below 5%.

The bitter irony is that Christianity is retreating in the very region of its birth, where its earliest followers worshipped. Anxious not to offend minorities or appear ‘colonialist’ in troublespots around the world, British governments have occasionally taken refuge behind the principle that all religions must be protected.

But this must include Christianity, where those targeted are often extremely poor, female and living in or close to poverty.

We must not allow misguided political correctness to inhibit our response. So I have asked Rt Rev’d Philip Mounstephen, the Anglican Bishop of Truro, to conduct an independent review of the Foreign Office’s efforts to help persecuted Christians and report back to me later this year.

Questions need answering: do we counter oppression based on religion as forcefully as that based on politics or other characteristics? How can we use the considerable influence the UK has in much of the world to better stand up for religious minorities?

I hope he will recommend practical steps for how the Government might strengthen its response. When I moved house last year, I came across a book that I first read when I was about ten. It was called God’s Smuggler by Brother Andrew van der Bijl, a Dutch missionary. At the height of the Cold War, when Christianity was struggling against communist oppression in Central Europe, Brother Andrew began to smuggle Bibles across the Iron Curtain. His book quotes Karl Marx’s famous boast about mobilising the letters of the alphabet to fight ideological battles: ‘Give me 26 lead soldiers and I will conquer the world.’ Brother Andrew noted how ‘this game could be played both ways’. So he set off for Marxist capitals, carrying suitcases packed with Bibles, helping Christians to preserve their faith in defiance of iron-fisted repression.

When I first read God’s Smuggler, it was barely possible to hope that the Iron Curtain would one day fall. So when the Berlin Wall dissolved before our eyes in 1989, it was a wonderful blow for freedom, allowing all the European countries that Brother Andrew had visited to win their liberty.

Yet perhaps this good news has made us complacent about problems elsewhere. Exactly 30 years later, 245 million Christians are still at risk. The evidence suggests that far from easing, the burden of worldwide persecution is actually becoming heavier.

So as we celebrate Easter today we must not be indifferent.

This year I marked Lent by writing 40 letters to 40 persecuted Christians or those campaigning on their behalf. My first letter was to Brother Andrew, now 90, assuring him that the UK stands in solidarity with persecuted Christians around the world: ‘Freedom of religion or belief is a human right enshrined in the Universal Declaration of Human Rights. It must be respected. People from all faiths or none should be free to practise as they wish.’

I will continue to make this case for the millions who suffer as a result of their beliefs and British diplomats will continue to be advocates for all those denied the right to practise their faith.

Many of the recipients of those letters, by dint of the danger they are in, should not be named publicly. But they include men and women, clergy and worshippers, who have been personally targeted by terror organisations, had their churches attacked or been imprisoned by draconian regimes.

Britain is on their side. We care about those who stand up for the right to believe and express one’s faith, and we care about the decent and humane values that inspire those rights.

I hope that one day letters of this kind will not be necessary.

Until then, everyone of faith should remember persecuted Christians in our Easter prayers and in our actions.

Notre Dame was a tragedy, but in too many parts of the world it’s the Christian congregation that perishes: article by Jeremy Hunt