And to all our Muslim guests here tonight: Eid Mubarak, Iyi Bayramlar.

It’s a great pleasure for me and my wife Denise to welcome you to this party to celebrate Her Majesty The Queen’s 93rd birthday. It’s also an opportunity to celebrate the birth of The Queen’s great grandson Archie, son of the Duke and Duchess of Sussex.

Tonight’s reception has some distinctively British touches. The Guard of Honour provided by UN peacekeepers from the 4th Regiment the Royal Artillery. The Lincolnshire Poacher, mascot of the 2nd Battalion the Royal Anglian regiment, stationed at Dekelia. And one of the very few sheep to serve in the British Army, Private Derbydos of the 2nd Battalion the Mercian Regiment, from Episkopi. I hope you also enjoy the tastes of the four home nations of the United Kingdom on tonight’s menu. 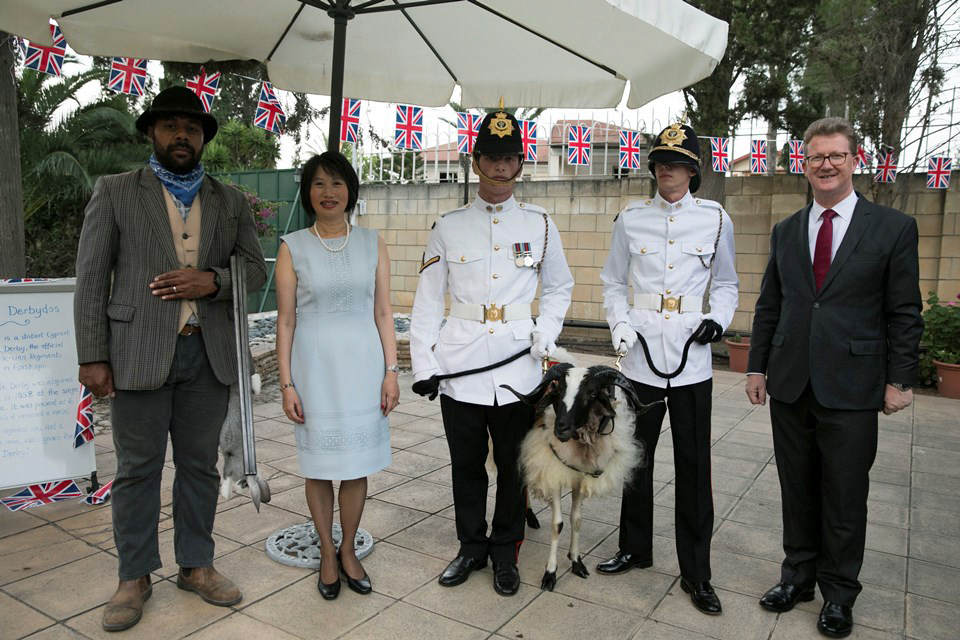 One year ago at the previous QBP, I said that in less than ten months’ time the United Kingdom would have left the European Union. This was not quite correct.

However, I also assured you that as we prepared to leave the EU, Britain was committed to an even closer and stronger relationship with Cyprus, built on shared values and shared interests. This remains very much the case, and the central mission of the British High Commission.

In the past year we have worked to expand our relations in a wide variety of areas.

Reflecting our shared common law heritage we have reinforced contacts between the legal and judicial sectors. We have brought UK universities here in support of Cyprus’s efforts to become an international higher education hub. We have worked closely with the Cyprus-UK Business Association and other partners to share knowledge and expertise between the two business communities, and to champion innovation. We signed a new defence cooperation agreement during Defence Minister Angellides’ visit to the UK in April. Just last week HMS Duncan, one of the Royal Navy’s most advanced warships, participated in Exercise Argonaut.

However the most telling indication of our commitment to the relationship was your visit, Mr President, to London in March, as a guest of the British Government. The high point for me was the reception hosted by HRH The Prince of Wales at Buckingham Palace to celebrate the outstanding contribution of our 300,000 strong British Cypriot community, both Greek and Turkish Cypriot.

As a committed friend and partner of the Cypriot people, and as a guarantor power, Britain has continued to support a just, democratic and lasting solution to the Cyprus problem, so that Cyprus can achieve her full potential as a regional hub of peace, stability and prosperity in the Eastern Mediterranean. 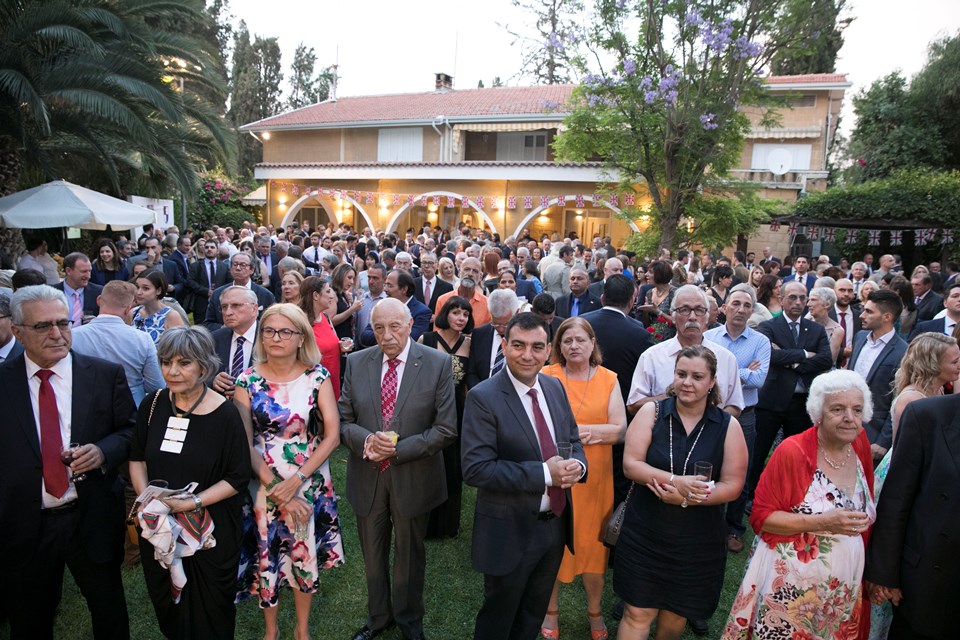 That is why we have followed recent developments in the Mediterranean with concern. We believe it is critical for stability in the region and for the integrity of the Rules-Based International System that disputes are resolved, not through force, militarisation or coercion, but through dialogue and in accordance with international law. We have called on Turkey not to drill in this area.

As a High Commission we also champion the rights of Britons in Cyprus. We have worked tirelessly to ensure that the best arrangements are in place to safeguard their rights after the UK’s exit from the European Union, and I thank the government of Cyprus for its support, and I pay tribute to the volunteers and representatives of the British community around the island.

For the thousands of Cypriots preparing to study in the UK, I am pleased to reconfirm that Cypriot students starting UK university courses both this year and next year will have guaranteed home fee status and financial support for the duration of their studies.

As for the tens of thousands of Cypriots who have already completed their studies, we are working hard to reconnect with you. We have supported efforts by a number of UK universities to hold alumni events, and created a UK Alumni group on Facebook. If you studied at a UK university, please do visit our alumni corner here this evening to say hello and to share your alumni stories via our social media. 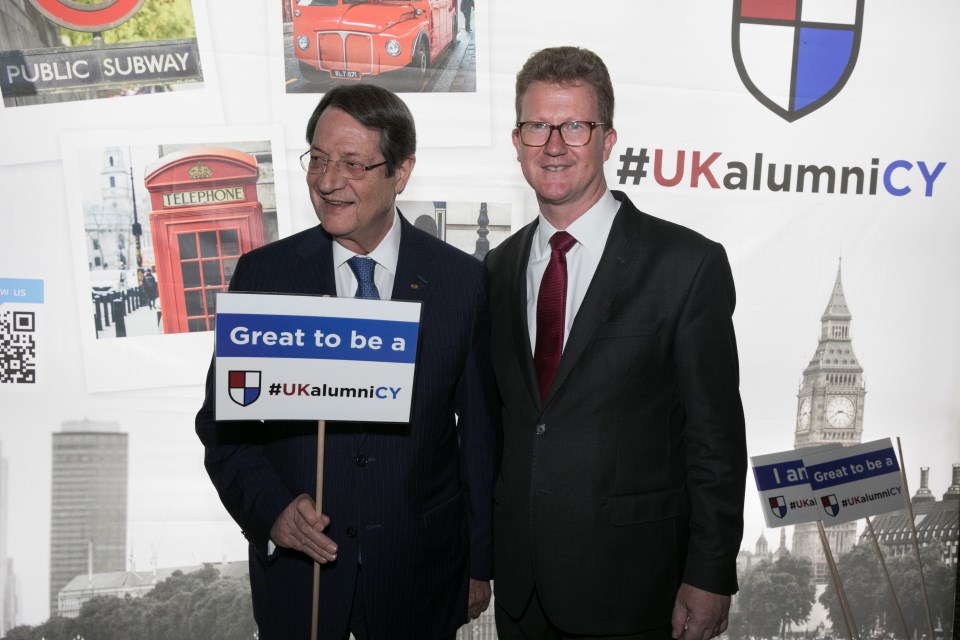 Before you do that, I would like to conclude with some words of thanks to our musicians tonight: the Band of the Army Air Corp from Colchester; the Corps of Drums 2nd Battalion the Royal Anglian Regiment; to our other military participants; to my own team at the High Commission for all their great work in organising tonight’s reception.

And a very special thank-you to all our sponsors of tonight’s event – British businesses, Cypriot distributors of British products, and British universities, whose details are displayed at the reception and on the programme notes – for contributing to its success.

Above all, allow me to thank all of you, Mr President, Excellencies, ladies and gentlemen, for joining us here at the QBP and for your strong support for UK-Cyprus friendship and cooperation.