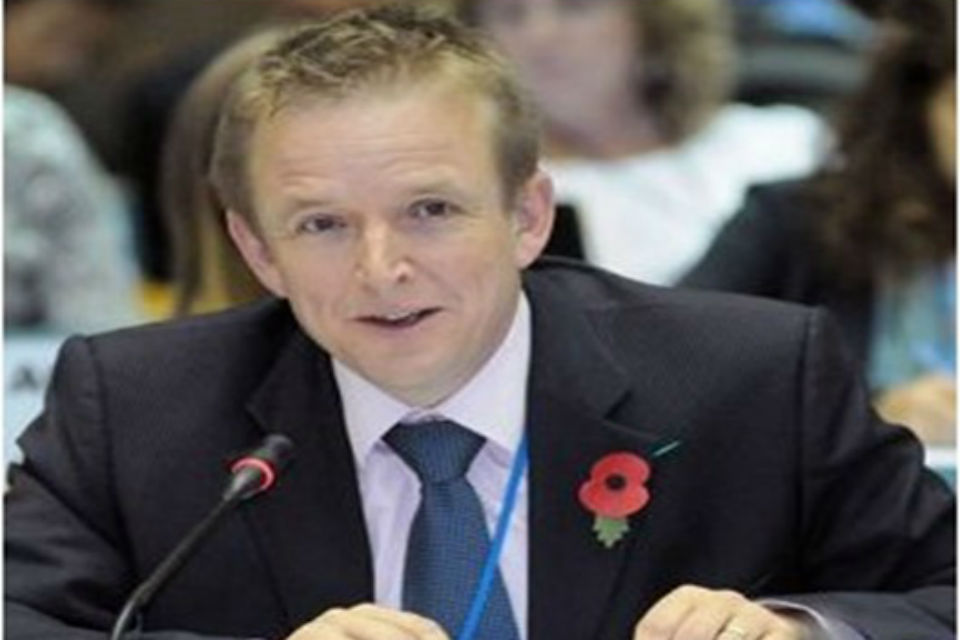 Welcome to the Queen’s Birthday Party here at the British Embassy in DRC.

Today we celebrate the birthday of the world’s longest serving Head of State: our Queen for more than 67 years.
To avoid this being misconstrued as an argument to abolish Constitutional term limits, I hasten to add that the Queen only reigns. She does not govern.

Throughout the Queen’s reign she has been served by many Prime Ministers. Does anyone know how many? 10? 12? 14? Trick question! The answer is 170 because of course the Queen has been Head of State of 32 independent states and remains Head of State in 16 countries.

In the UK alone, 13 Prime Ministers – from Winston Churchill to Theresa May – have served the Queen. As Theresa May has resigned today as Head of the Conservative Party, in the foreseeable future there will be a fourteenth. During her reign, political power has alternated between parties many times. The Queen has been a constant through many years of change: the end of Empire; joining the EU in 1973 and, in 2016, voting to leave it again.

It is true that the UK’s relationship with Europe remains complicated. Many British voters don’t want to leave Europe. Our football teams, in particular, all appear to have been determined to stay in as long as possible (and I must congratulate Liverpool, Chelsea, Tottenham and Arsenal for their success). Despite the success of our teams, what is clear, however, is that the British people voted for change.

The Congolese people also voted for change. Last year in my speech, I looked forward to the DRC’s first peaceful transfer of power in January. I’m delighted that elections happened and that change is beginning. I’m proud that the UK was able to play a key role in the electoral process: supporting a technical analysis of controversial voting machines and financing over half of CENCO’s 40,000 electoral observers.

Now that the electoral process is complete, it is up to Congo’s politicians to deliver change. Change means: more peace and security; freedom from harassment by the police and the armed forces; access to education and health care and economic opportunity.

The UK will work with any partners in Congo that seek to deliver change. Conversely, those who oppose change will not be welcome in the UK.

In 2018, I spent much of my time thinking about one Joseph: former President Kabila. This year also sees me thinking about a second Joseph: my new son just six months’ old. Yesterday at the Swedish National Day, my colleague Ambassador Maria said she has achieved 100% family increase during her stay in the Congo. Up to now, I have achieved 50%, but I still have time. When my new son Joseph has woken up for the 5th time and it’s still only four in the morning, I’m reminded that, as with so many things in life, change – and enabling something new and worthwhile – isn’t always easy and it takes time and effort.

There are no short-cuts to success. I encourage all of those who make up the new Parliament and government to remember this.

I’d also remind them that foreign partnerships don’t undermine Congolese sovereignty. I believe that Liverpool would not have won the European Cup if they had relied only on players from that city. The reality if that foreign players like Salah and Mane gave them a cutting edge required to achieve their dreams. Is there any one suppoer of Liverpool who thinks that Salah has reduced the sovereignty of Liverpool? On the contrary he helped them fulfil their dreams. Although we may lack their athletic ability, the whole of the British Embassy in DRC has a similar desire to support Congolese success.

British citizens are globally minded. UK law commits us to spending 0.7% of GDP on eliminating global poverty – without commercial preconditions. We therefore work to resolve conflict and to support good governance, education, health care – including the fight against Ebola – and the development of a more dynamic economy. Like Jurgen Klopp with Liverpool, we are with the Congolese people for the long term.

Speeches are often a time for goodbyes. In July, we will be saying goodbye to Bona Magongo, our Embassy translator, without whose work myself and many Ambassadors before me would have given speeches in much less sophisticated French (if you doubt me, read my tweets to see my real French!). Thank you Bona.
Then, later this month I will bid farewell to my Deputy, Nicholas Woolley and his wife, Debbie. Debbie has been a lynchpin of the Embassy team. Nick has been outstanding and I’m delighted he will soon take up his own Head of Mission role in neighbouring Zambia. Thank you both for your fantastic work. I’m very happy to welcome Harry MacDonald as our new Deputy Head of Mission. Welcome Harry!

Change can be daunting. The world changes fast. The challenges of the past will not be the challenges of tomorrow. We must adhere to change. The Queen has spent many years adjusting to the various changes in our culture. In my country that means looking forward to a new Global Britain, ready to promote trade and openness across the world.

It is my hope that DRC will similarly look forward and deliver the change that people voted for in December last year. We will be there to support you.

Now please join me in raising your glasses to Her Majesty Elizabeth II and to the good relations between our two countries.

International Affairs Statement from Harriet Baldwin on Ebola in Uganda…