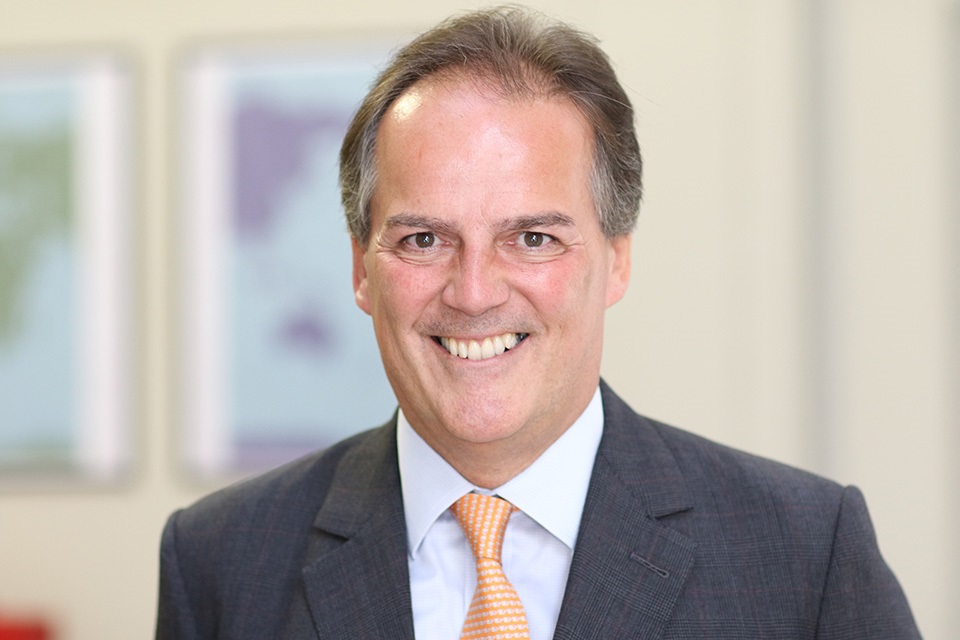 Good afternoon everyone. RUSI is best-known for bringing together the world’s top minds to find answers to the questions we are all asking. This event is a good example.

In today’s increasingly fractious and unpredictable world, one of those questions is whether the existing system of global rules and norms, which governs everything from international law and regional security to trade, immigration and health, is fit for purpose.

I look forward to reading about the conclusions reached here today. In the meantime, I should like to offer a British Government perspective.

Many of you will be aware that the International Court of Justice has this afternoon released an Advisory Opinion in relation to the British Indian Ocean Territory. This not a judgment against the UK, but an Advisory Opinion for the UN General Assembly. Of course, we will look at the detail closely. But the defence facilities on the British Indian Ocean Territory help to keep people here in Britain and around the world safe.

That is why we have maintained our sovereignty of the islands. We will continue to seek a bilateral solution to what is a bilateral dispute with Mauritius.

We are in no doubt that the Rules-Based International System, as it is often cumbersomely referred to, has been a significant force for good, particularly since the tragedy of the twentieth century’s two World Wars.

It has increased states’ ability to resolve their differences peacefully, and provided a framework for the greatest sustained rise in prosperity which mankind has ever enjoyed.

But we recognise that the system is coming under pressure from a number of quarters.

The first, and perhaps most immediately obvious challenge, comes when states deliberately breach their international obligations.

Russia has committed some of the most egregious recent violations.

Among other things, it has illegally annexed Crimea, used a chemical weapon to lethal effect in Salisbury, and continued to prop up a murderous Syrian regime, which has itself flouted international law by unleashing chemical weapons on its own citizens.

The second challenge is less tangible but equally potent, and it comes from new technologies. These are posing challenges to the system in two quite different ways:

First, new technologies are exposing gaps in the rules, such as on artificial intelligence, or challenging us to be clearer on how they apply, such as in space.

Second, they are enabling states to do things that would be unacceptable with conventional methods. Cyber is a particularly good example.

Malicious cyber activity has no respect for international boundaries and attacks are getting bigger, bolder and more serious all the time.

The objectives seem to vary – from mindless vandalism to concerted attempts to undermine democracies or steal commercial information.

For example, China has used cyber-attacks to acquire commercial secrets, in direct contravention of its bilateral and G20 commitments. We made public our concerns about this with a coalition of over a dozen countries.

The UK continues to advocate for a free, open, peaceful and secure cyberspace.

Last year, our Attorney General set out for the first time our views on how the world should approach cyberspace. It would be governed by the same international law, agreed norms and principles of responsible State behaviour that apply in the real world.

This was incidentally a view that had already been endorsed by the UN General Assembly in 2015.

Unfortunately, China and Russia continue to undermine this ambition, by pressing for greater international regulation in cyberspace, in particular by launching parallel initiatives that seek to bind and constrain people with new, unnecessary rules, as well as exporting their own ideologies and infrastructure which will constrain the freedom of users to enjoy the benefits provided by a free and open internet.

So it is clear that challenges to the international system are arising both from states and from new technologies.

In many states, including in the west, a third form of challenge to the international system has arisen through the election of governments that do not instinctively support it.

As a result, we see greater suspicion of the multilateral system, or at the very least a questioning approach. Tackling this doubt, and making the case for effective multilateralism, is the responsibility of all those who believe in the opportunities that co-operation brings.

The final source of pressure on the system that I want to highlight today is the shifting balance of global power. When the current system was established, largely in the wake of WW2, the world was a very different place. Since then there has been a steady eastwards shift of economic power.

In the last forty years alone, China’s share of the global economy has grown from just 2% to 15%. By 2030, China is set to overtake the United States as the world’s biggest economy.

By 2050, the economies of China and India could exceed those of the entire G7 – the so-called leading industrialised economies.

Understandably, China and other rising powers wish to adapt the system so that it better suits their interests.

So it is clear that, for a variety of reasons, the rules based system is at the very least being called into question, and at worst is under direct threat.

At the same time, the scale and significance of the global challenges we face is greater than ever. Many of these challenges – from conflict to organised crime and from cyber-attacks to illegal migration – are not contained by borders and will not be solved unless the international community can work together.

Nowhere is this cross-border challenge more important or obvious than climate change.

Even within the next 30 years, rising seas could make some coastal areas uninhabitable. Many of our Commonwealth partners are already feeling the effects.

We should be glad that no other country has followed the US in withdrawing from the Paris Agreement. But we still need urgently to raise our global ambition if we are to honour the spirit of our commitments and match the risk we all face.

I think we should be in no doubt: now, more than ever, we need a global system of rules and cooperation that we can all buy in to.

How should the UK respond?

First, we need to defend the principle of multilateralism; the idea that international agreements, norms, and institutions are essential to tackling critical global problems.

Our commitment to doing so is why – to give but one example – ships from the Royal Navy join those of many other nations to uphold the rules that allow maritime trade to flourish, most notably the UN Convention on the Law of the Sea, whether through counter-piracy operations in the Gulf of Aden, or by reinforcing freedom of navigation in the South China Sea.

However, I should not for a moment suggest that the international system in its current form is perfect. So, second, we need to reform some of the most important global institutions – the UN, WTO, NATO and global human rights and justice mechanisms – so that they remain relevant and retain global trust. If they are not delivering for ordinary people then they are fundamentally failing.

In the UN Security Council, we shall continue to challenge our colleagues on the Council, and ourselves, to ensure that this vital body shows the leadership the world needs.

In response to the shift in global power, we are listening carefully and have said clearly we are open to change. In that vein, we have already been outspoken in our support for India, Japan, Brazil and Germany taking a permanent seat on the Security Council, alongside permanent African membership.

We have actively supported reform of the Bretton Woods institutions – WB, IMF – to reflect growth of the Chinese and Indian economies.

In Geneva we remain committed to supporting the Human Rights Council, as the best tool the international community has to promote human rights and address impunity. We welcome the Council’s action on Burma, and Syria. But it could do more: collectively we must use the Council better to respond more firmly and more rapidly to serious and deteriorating situations, especially when there is risk of future conflict.

In The Hague, the record of the International Criminal Court remains poor. We are working closely with our partners to find paths to reform.

The United States, among other nations, has made clear that the WTO is not working. We believe that China, as the world’s largest goods trader, has an important role to play in the necessary debate on WTO reform, and we played an important role in increasing China’s voting weight in the World Bank last year.

We share some American concerns over Chinese trade practice, but we believe any action to remedy this must be WTO compliant. We want the WTO to defend free trade and a level playing field as a route to economic growth for all.

To conclude – the challenges to the international system are diverse, but the global threats we face are significant.

The Rules-Based International System is still the best means we have to respond to these threats, but it needs to reform and adapt if it is to remain effective and relevant.

We are determined to help shape this change and to stand up for shared interests and values.
This means fighting to strengthen and defend the values that matter to us most: human rights, peaceful resolution of disputes and the rule of law.

It means using all our influence as a permanent member of the Security Council, the G7 and the G20, a leading member of NATO and the Commonwealth, a major development and humanitarian donor, and a champion of human rights.

It means working with like-minded international partners to ensure that the Rules-Based International System remains a force for good in the 21st Century and beyond.

Ladies and gentlemen, that is what we are committed to do.