It’s a great pleasure to welcome you all to the third High-Level Informal Regional Meeting of General Directors of Customs Administration of the Western Balkans Six, and the first to be held in Montenegro.

The British Government thanks all six of the Western Balkans Customs Administrations for supporting and participating in this format which has evolved to encourage closer working between the Customs Administrations in order to assist greater facilitation of trade in the region. In particular I’d like to recognise the support of our hosts, Director General Joković and his team.

I’m conscious that we are meeting three days after International Customs Day on 26 January, which recognizes the contribution and achievements of Customs officers around the world, including colleagues working at borders and ensuring connectivity, often in difficult conditions, and is an opportunity to consolidate and enhance co-operation amongst Customs Administrations. This event is a great example of the sort of co-operation which International Customs Day seeks to highlight.

As we celebrate the work that Customs officers do to facilitate security and inter-connectivity, it is important to remember that the inter-connected nature of the modern world is itself an excellent enabler for today’s criminal networks. 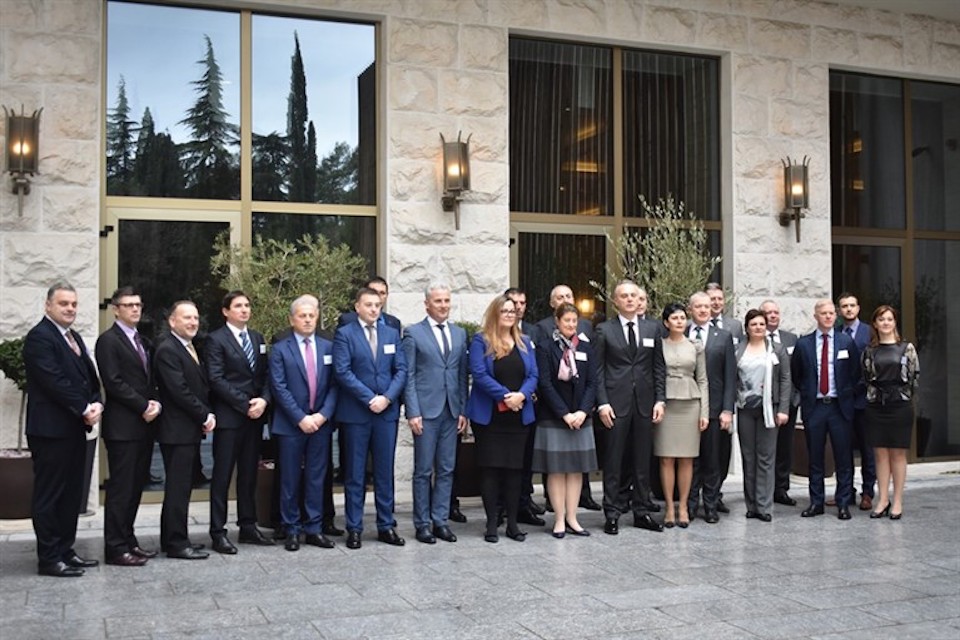 The British Government has been committed to working with Customs Administrations across the region for several years with a particular focus on tackling the common threat posed by serious organised crime. The British Government values the collaboration and co-operation our HMRC officers share with you and your staff on a daily basis.

The 2018 Western Balkans London Summit has provided an important opportunity to recognise these relationships, and to further strengthen these links.

There will no doubt be issues of policy and legislation that may have to be reviewed back at our respective capitals. This should not deter you, indeed it they may create fresh opportunities for providing dialogue between policy and operational staff.   There is a duty upon those responsible for either operations or policy, to ensure that we work together to the best of our abilities to arm front-line officers, intelligence and investigation staff with timely data, information and intelligence, enabling them to best utilise our resources and inform operational decision making.

Since your first meeting in June 2018 in Tirana, good progress has been made after you mandated your Operational Assistant Directors to discuss ways of for Customs Administrations in the region to better share spontaneous information and intelligence to help combat customs fraud. The recommendations your Assistant Directors agreed in Veles in October 2018, will be presented to you today for discussion.

I wish you every success with your discussions and look forward to hearing the results. Thank you.

International Affairs Minister for the Americas statement to Parliament…
0
✖