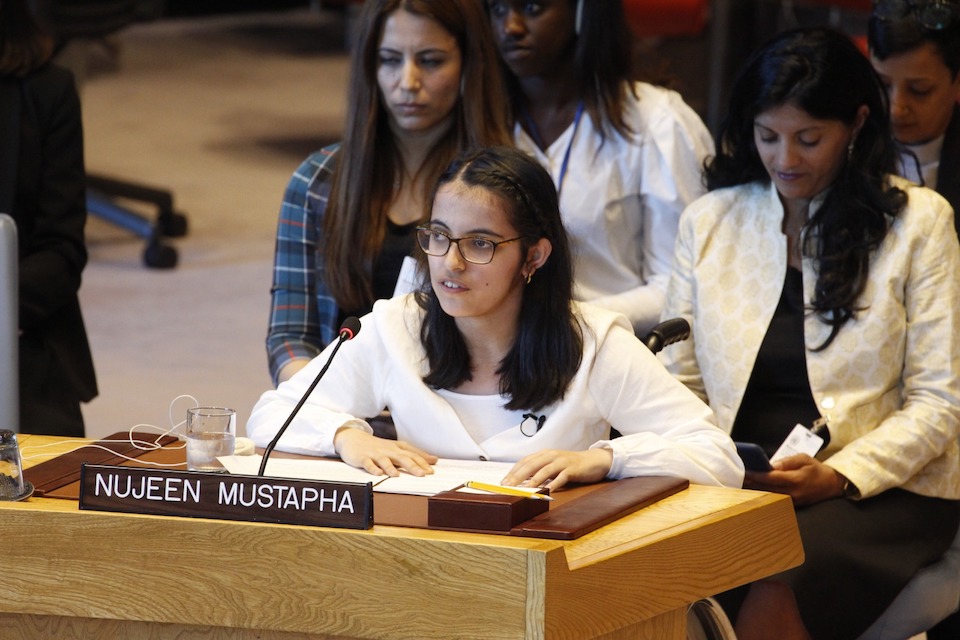 Thank you very much, Mr President.

I’m going to join others in thanking the Assistant Secretary-General for her briefing and to pay tribute to your teams on the ground and also to add our voice to those thanking Nujeen Mustafa for such an amazing and a compelling briefing and for telling your story and sharing that with everybody here. And I think everybody found it very moving and I think we owe it to you to try and make a reality of some of the things we’ve been talking about – about how to make life for the Syrian people better and bring the crisis to an end. And I’ll come to that in a minute, Mr President, if I may.

I’m just going to say on the political process that the United Kingdom shares in full the statements made by the United States, by France and by Poland so I won’t rehearse those arguments. Instead, what I’d like to do is ask some questions. So if I may first, to the Assistant Secretary-General: Ursula, we’re very interested in access trends. We’d like to know what OCHA considers the key access improvements in the last three months and where the challenges still lie.

And to Nujeen, if I may ask you a question: You’ve come all this way to tell us your story. We’ve listened. 175,000 persons with disabilities in Idlib alone. The story about having to hide in the bathroom I think brought all of this alive for everybody in the Council and really brought home the human cost that people in Syria are suffering. What is it that we could most do in the Security Council to help you, to help people in the situation in Syria that you faced in Aleppo? What should it mean for us tomorrow and the day after and in six months’ time? It would be really good to get a sense of, if there’s one thing the Council could do, what would you like it to be.

And then if I may, Mr President, I’d like to address some questions to others.

I’ve got four questions. The first one is easy. It’s to ask our Russian friends not to keep telling lies about the White Helmets. The White Helmets are a volunteer humanitarian organisation. We’ve had this debate several times in the Council and it has been proved beyond doubt that they are not terrorists. They are humanitarian. So that’s question one.

And leading on from that, I think we appeal to our Russian and Chinese friends who were talking about progress on the ground in Syria: support the UN monitoring cross-border mission. Support it the Fifth Committee, allow it to have the funding it needs so the cross-border assistance can proceed as the Council has intended and has set out.

The rest of my questions, Mr President, if I may, are addressed to the Syrian Representative. Who I noticed doesn’t look at women when we speak which, I think is quite interesting. So I would like him to tell us, in the face of what we heard from Nujeen about persons with disabilities and in recognition of the fact that throughout the United Nations, issues relating to persons with disabilities have always been non-political, they have always been areas where every Member State can cooperate. It’s not a political issue. What are the Syrian authorities doing to address the situation of persons with disabilities, women and girls and particularly those in the worst hit places like Aleppo and Idlib? I’d really like to know the answer to that question and we hope for some positive news.

And my fourth question, Mr President, is to ask for an unequivocal assurance from the Syrian authorities through the person of the Syrian Representative today that the ceasefire in Idlib will be respected without qualification.

Urging ceasefire in Idlib and protecting lives in Syria