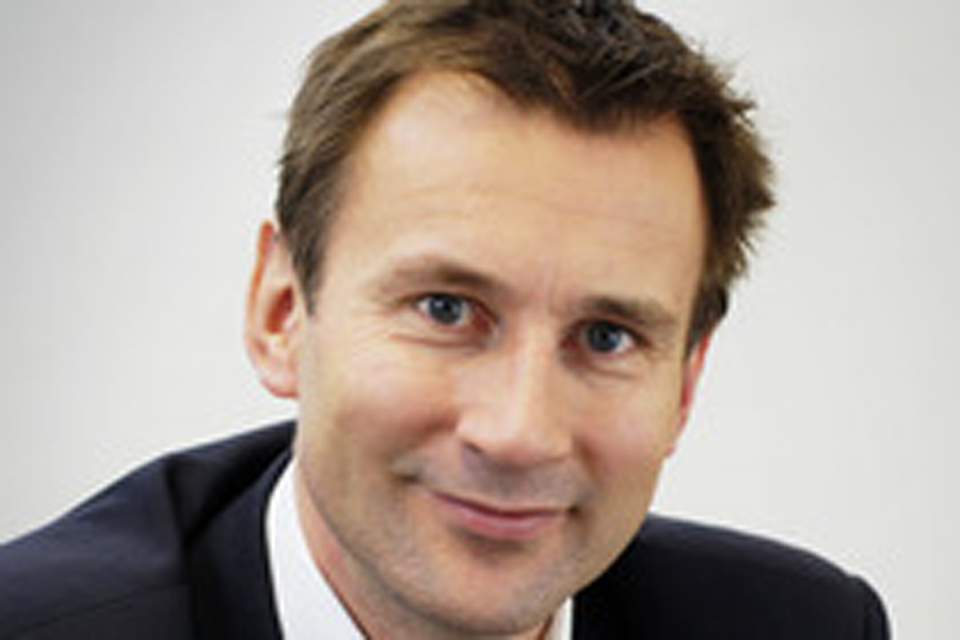 Members of the Board of WAN-IFRA,

I’m delighted to be in Glasgow, the city of the Industrial Revolution, science, invention, progress – and Laura Kuenssberg, who grew up here.

And it’s a privilege to address this Congress.

For many news outlets around the world, these are challenging and even dangerous times.

Last year, 99 journalists were killed and another 348 locked up by governments.

In April, Lyra McKee was murdered by dissident republicans in Northern Ireland.

The senseless killing of a talented young journalist showed that here in the United Kingdom, we too have no cause for complacency.

The latest World Press Freedom Index describes how the “number of countries regarded as safe, where journalists can work in complete security, continues to decline”.

And yet despite all the pressure, the risk – from physical threats, from insidious self-censorship – journalists in many countries press on with holding the powerful to account, exposing wrongdoing, deterring corruption, and strengthening democracy and openness.

In the Philippines, Maria Ressa and her team at the news website, Rappler, have reported on the extra-judicial killings of the war on drugs.

In the Middle East, Jamal Khashoggi was a voice for freedom of expression until he was murdered inside the Saudi Consulate in Istanbul last October.

At the time, I condemned his killing in the strongest possible terms – and I do so again today.

Journalists have one essential task which Timothy Garton Ash, the academic and foreign correspondent, defined as follows.

He wrote: “The first job of the historian and the journalist is to find facts….The facts themselves must be checked against all the available evidence. But some are round and hard – and the most powerful leaders in the world can trip over them.”

Few journalists have fulfilled this task as diligently as Wa Lone and Kyaw Soe Oo of Reuters news agency, who were released from prison in Burma last month.

Their crime was to have uncovered deeply disturbing facts that powerful military leaders had done their best to conceal.

Thanks to these journalists, we know for a fact that 10 Rohingya Muslims were massacred in the village of Inn Din in Northern Rakhine state on 2nd September 2017.

The dead have not been recorded, thanks to them, merely as an impersonal number.

We know, for example, that the two youngest victims were Rashid Ahmed, aged 18, and Abul Hashim, aged 17, both students at the local high school.

And we know the most salient fact – the stubborn fact that tripped up the Burmese generals.

We know that soldiers from the Burmese military shot dead eight of the men, and local villagers killed the remaining two.

The army was forced to admit as much.

But even so, draconian steps were taken against the journalists – including a 7-year prison sentence based on a fabricated case – betraying just how anxious the generals were to suppress the truth.

To their credit, Reuters published the story anyway, complete with photographs of the dead and satellite images of the scene.

Burma’s generals discovered they could imprison journalists, but they couldn’t imprison the facts.

From their cells, Wa Lone and Kyaw Soe Oo won the Pulitzer Prize for International Reporting in April.

Then, last month, they were freed after the President of Burma granted a pardon and the country’s civilian leaders wisely acted to correct a grave failure of process.

The generals gained nothing from their actions because the facts emerged anyway.

The central iniquity, however, was not the two journalists in prison but the fact that 10 human beings were killed – alongside many, many others in Rakhine state.

Now we can only hope that the exposure of what happened at Inn Din might serve as an object lesson in the value of determined reporting, the futility of repression – and how international pressure can make a difference.

From the beginning, many foreign governments condemned the treatment meted out to Wa Lone and Kyaw Soe Oo.

I raised their case in person with State Counsellor Aung San Suu Kyi.

British diplomats attended their trial in Yangon – and in case you think our diplomats pull punches and mince words, then let me quote what the British Ambassador said on the day the journalists were convicted, when he condemned what he called a “hammer blow for the rule of law”.

We cannot physically stop journalists from being locked up for doing their jobs.

But we can alert global public opinion and make sure the diplomatic price is too high.

So this year, I have joined my Canadian counterpart, Chrystia Freeland, to launch a global campaign for media freedom.

Our aim is to shine a spotlight on abuses and raise the cost for those who would harm journalists for doing their jobs.

We want to build a coalition of governments committed to a stronger diplomatic response when media freedom is curtailed – and to greater support when countries do the right thing, remove restrictions and push out the frontiers of free expression.

I was honoured to celebrate World Press Freedom Day in Ethiopia this year, which has climbed 40 places in the Index since Prime Minister Abiy took office last year.

Next month, I will co-host with Chrystia Freeland the world’s first ministerial summit on media freedom in London, bringing together Foreign Ministers, international organisations, civil society and journalists.

Amal Clooney, the human rights lawyer who represented the Reuters correspondents in Burma, has accepted my invitation to become my Special Envoy.

She is convening a panel of experts to recommend how to improve the legal protection of journalists.

The British Government is also helping to strengthen the practical skills of journalists around the world. I’ve created a new Chevening Africa Media Freedom Fellowship, which will allow 60 African journalists over the next 5 years to gain experience in the newsrooms of Britain’s leading media organisations.

The Foreign Office has always sought to improve good governance and defeat corruption – and we need a free media to do both.

Authoritarian states might launch sudden “crackdowns” against corruption – which mysteriously target political opponents while leaving others untouched – but the risk of exposure by a free media is far more effective than any theatrical campaign.

And how do we know this? Because of the ten least corrupt nations in the world, as ranked by Transparency International, seven are also in the Press Freedom top 10.

So the evidence is categorical. By serving as a constant deterrent against corruption and misrule, the best journalism helps an economy and helps a society to flourish.

But in the end, we must promote a free media not solely for practical reasons but because it’s what we stand for. Democracy and freedom of expression mean nothing unless independent journalists are able to scrutinise the powerful – and discover the stubborn facts – however inconvenient this might sometimes be for the politicians on the receiving end.

If we want to embrace the opportunities of a free society, encourage the open exchange of ideas, pass informed judgement on our leaders and do it peacefully through the ballot box, then we must defend the institution which enables all of this.

A free media is not an optional extra, still less a “Western” value: it forms one pillar of a thriving society, benefiting people in every corner of the world.