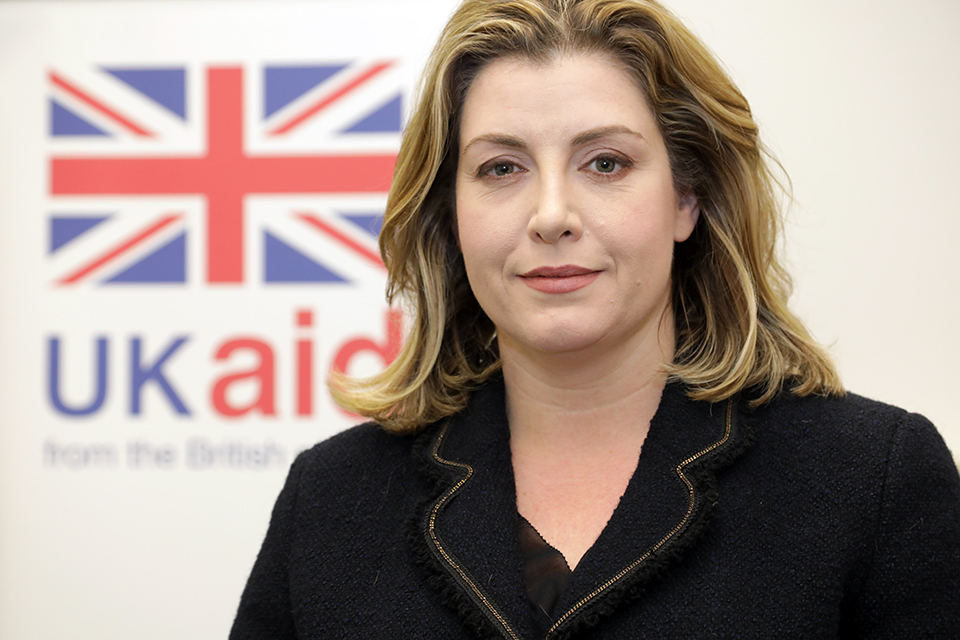 Ahead of the forthcoming anniversary of the first media stories about the Haiti case, and further to my ministerial statement of 25 October, I would like to update the House on preventing and responding to sexual exploitation and abuse and sexual harassment in the aid sector.

My last statement was shortly after the international summit I hosted in London on 18 October where donors representing 90% of global Official Development Assistance, NGOs, suppliers, multilateral organisations and others agreed robust actions to deliver root to branch change in the way the international aid sector tackles these issues and I announced specific initiatives supported by DFID.

The five-year project with Interpol to stop perpetrators of sexual exploitation, abuse and harassment moving around the aid sector is getting underway. It will strengthen and digitise criminal record checks, improve information sharing between countries and train staff, so ensuring a more robust law enforcement response against predatory individuals.

The Disclosure of Misconduct Scheme will prevent individuals with a record of misconduct from moving around the NGO sector undetected. Fuller details were published in December and more NGOs are signing up.

DFID is supporting work to verify that our partners meet the global standards on preventing and responding to sexual exploitation and abuse as agreed by donors agreed in October.

The Resource and Support Hub will provide guidance, training and support on safeguarding to smaller charities which are those most likely to need it. There has been strong interest from potential suppliers and DFID expects to sign a multi-year contract by August.

We are working with the UN Victims’ Rights Advocate to develop a statement of victims’ rights for publication this year which will help survivors of abuse and exploitation better understand the redress and support available to them.

In November, the UK NGO platform Bond incorporated the UK NGO summit commitments into the Bond Charter, so covering over 450 organisations.

DFID is working with Dutch counterparts on an action plan for the ombudsman proposal.

The case at the International Planned Parenthood Federation underlines the value of the much tougher safeguarding standards I introduced last year. Those standards have required the reporting of this case and robust action to be taken. The case is ongoing and DFID’s Safeguarding Investigations Team created last year is looking at it in more detail.

Charity Commission figures show an increase in safeguarding cases reported by charities last year. I expect to continue to see more reports as people feel safer to speak up and organisations take their obligations seriously. DFID continues to coordinate closely with the National Crime Agency on shared objectives. The draft Domestic Abuse Bill proposes that more types of sexual offences committed abroad by a UK national can be prosecuted in England and Wales. We have recently seen other countries take action against suspected criminal sexual activity in the aid sector.

DFID continues to meet regularly with representatives from across the aid sector and are working with them to develop appropriate accountability mechanisms for the commitments announced at October’s summit.

I plan to participate in meetings on safeguarding at the UN Commission on the Status of Women in March, the World Bank Spring Meetings in April and the UN General Assembly in September to drive forward progress. DFID is leading a process in the OECD to agree a mechanism this year to monitor the performance of all 30 major global donors on safeguarding.

I welcome the International Development Committee’s continuing focus on safeguarding and look forward to my discussion with them in May. DFID continues to work across Government to drive a coherent approach to safeguarding in ODA projects and to improve the capability of staff.

I sent a clear message a year ago that the whole sector must make zero tolerance on sexual exploitation and abuse and sexual harassment a reality. Today, I repeat that message.

Work led by DFID in the past year has generated good momentum, domestically and internationally. But there is much more to do, and we will continue to lead the way and work with others in the months and years ahead.

Update on DFID’s work on safeguarding