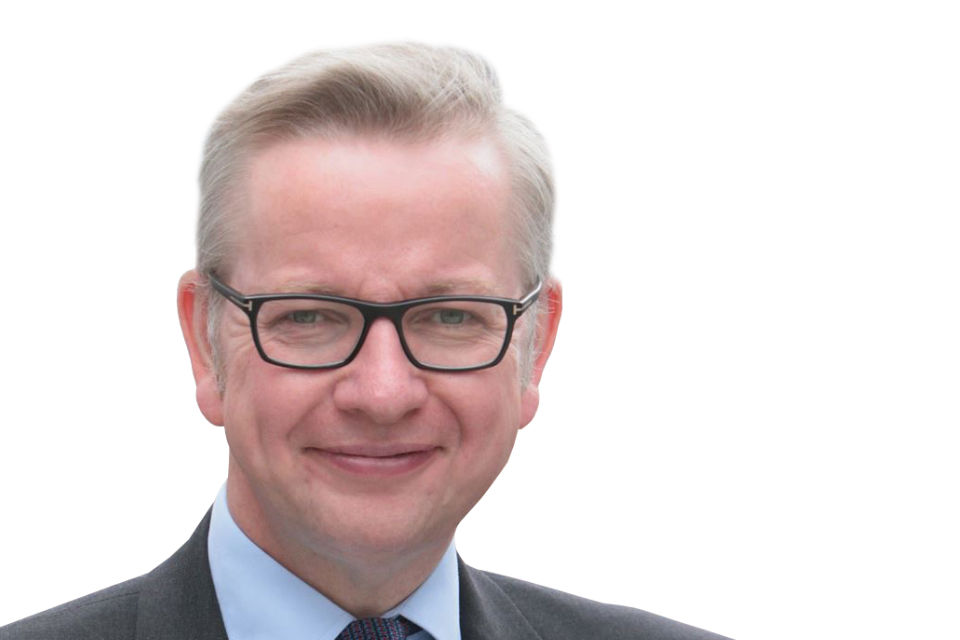 Mr Speaker, with your permission I would like to make a further statement on our preparations to leave the European Union on 31 October. And before I do, can I underline the gratitude of members of all sides of the House to the efforts not just of the House Authorities but also of the police, as you pointed out earlier, on Saturday. And I would like to thank opposition members including the Members for Manchester Central and the Member for Brent South for the kind words that they uttered on behalf of all members of the House.

The Government is determined to do everything it can to leave the EU with a deal.

And the agreement that the Prime Minister concluded at last week’s European Council gives this House the opportunity to honour the votes of the 17.4 million people who voted to leave the EU, and we can do so on time and in an orderly fashion.

Parliament had the opportunity on Saturday to support a meaningful vote which would have allowed us to proceed smoothly to ratification of our deal and exit on October 31st.

But the House instead voted in such a way as to put an orderly exit on that date in doubt.

Now I appreciate and understand the honest intentions and genuinely sincere motives of many of those who voted for the amendment which stood in the name of my Right Honourable Friend, the Member for West Dorset. And let me place once more on the record the very high personal regard in which I hold him – I know he always acts in what he believes to be the national interest and I deeply deprecate the personal criticism directed towards him.

But the House’s decision to request that a letter seeking an extension to Article 50 be sent creates unfortunately no certainty about our exit in an orderly fashion on October 31st.

Before Saturday’s proceedings in the House, European leaders including the President of the Commission, the President of France and the Taoiseach, deliberately and explicitly explained that members should not cast their vote on the assumption that the EU Council will offer an extension.

There is no certainty in this matter.

Furthermore, no formal response from the EU has yet been received to the two letters sent by the Prime Minister on the evening of Saturday 19 October: the first of course requesting an extension to the 31 October deadline as required under the terms of the EU (Withdrawal) (No2) Act; the second setting out the Government’s position that we believe that a delay to Brexit would be corrosive, a view shared by the EU 27 leaders.

With no clear agreement yet in this house to ratify our withdrawal agreement and no certainty that an extension will be granted by 31 October, I must I fear take the appropriate steps now to prepare for the increased possibility that the legal default position will follow, and we will leave on October 31st without a deal.

The clear advice to me from officials is that we must now intensify contingency arrangements.

That is why the Cabinet’s XO Committee met yesterday to agree that Government’s Brexit preparations now move into their final, most intensive phase, and Operation Yellowhammer is triggered.

Let me be clear – no one would be happier than me to turn off those preparations and stand down planning for no deal. I do not think anyone in this House can doubt my desire to see a deal concluded.

But if we are to be certain to avoid a no deal outcome on October 31st then we have to vote for the Prime Minister’s deal, we must ensure the vessel which brings certainty passes expeditiously through this Parliament and we must avoid attempts to delay, capsize or hold it below the waterline.

In that spirit, can I thank the many parliamentarians across the House who have indicated they will be backing the Prime Minister’s deal – which, until he brought it home, many people thought would be impossible to negotiate.

This deal ensures we can leave the EU, it is entirely consistent with the Belfast Agreement and also with all our other domestic and international obligations.

And I can also underline that once a withdrawal agreement has been ratified, this whole House will be involved in agreeing the mandate for negotiations on our future partnership arrangements with the EU, and we will work particularly closely with all parties to ensure vital protections for workers and the environment are secure.

And in underlining the vital role that all MPs will play in securing a strong future partnership, can I also emphasise that we want business, trade unions and civil society to help us to shape a bright future outside the EU.

And it is indeed striking how organisations from the UK Chemicals Industries Association to UK Finance, and the Country Land and Business Association as well as the Federation of Small Businesses, have welcomed progress on the deal and have asked parliamentarians to end the uncertainty by supporting an agreement.

But, as I have explained, in the absence of that certainty, preparations for the risk of no deal have to be intensified.

We will now accelerate our efforts to help business and individuals mitigate any dislocation and disruption that may ensue.

From today, the Government’s XO Committee will meet seven days a week, to provide strong ministerial focus across government.

Hundreds of public servants across the UK will have to be redeployed. They will transfer to work in operations centres, ready to identify challenges, work together to resolve problems swiftly, and implement contingency plans.

Government, local resilience bodies and operational partners will be working together, ready to respond 24 hours a day according to need.

We are also finalising the latest update of our reasonable worst-case planning assumptions and we will share these with the House very shortly.

And of course we must maintain our public information campaign. From tomorrow, this will reflect the renewed urgency of preparation.

The advice will help businesses and individuals appreciate what they must do to prepare, given the uncertainty which still unfortunately prevails.

I would again urge everyone to check the information relevant to their situation on GOV.uk, and also the comprehensive summary of actions to take which are contained in the Government’s No Deal Readiness Report which was published on 8 October.

We are complementing this information campaign with hands-on advice and assistance.

The Department for Transport is continuing to give personal advice to hauliers at sites across the UK and the European Union, working with local resilience forums to finalise traffic management plans, and particularly making sure that we have smooth flow of people and goods across the Short Straits.

And I should say to supplement that on 11 October 2019, it was announced 4 operators: Brittany Ferries, DFDS, P&O Ferries and the Stena Line had been successful in their bids to deliver freight capacity for a six month period from 31 October to 30 April. They will operate over 13 routes and from 8 ports in England: Teesport, Hull, Killingham, Felixstow, Harrich, Tillbury, Poole and Portsmouth.

And can I commend my Rt Hon Friend, Secretary of State for Transport, for the smooth and effective way in which that extra freight capacity has been secured.

Her Majesty’s Revenue and Customs is stepping up work to deliver its export webinar programme to thousands of firms.

And BEIS is reaching hundreds of companies at readiness roadshows.

At all key departments we have helpdesk capacity in place with advisers ready to give the direct support required.

And this will build on the estimated 850 recorded engagements with business by DExEU, and other government departments.

We are taking note of all of the comments and feedback left on GOV.uk by people who seeki advice, and we are passing on details of specific issues and concerns to the relevant government departments.

And of course, Madam Deputy Speaker, we are also accelerating our programmes of key policy and legislative decisions to ensure full readiness, including making and laying secondary legislation.

We will be laying the final SIs to ensure that all critical Brexit-related legislation necessary for day one is in force by 31 October.

This includes the legislation for the new temporary tariff regime for customs, and also for avoiding a hard border in Northern Ireland.

It remains the case that Northern Ireland would face unique challenges in a No Deal Brexit and we will need to take steps to ensure effective governance and give direction to the Northern Ireland Civil Service.

For the past two years, in the absence of devolved government ­– today’s session being a rare exception – my Rt Hon Friend, the Secretary of State for Northern Ireland, has made alternative arrangements for governance.

Legislation and guidance have been introduced to empower Northern Ireland’s superb civil servants to continue to take decisions that are in the public interest. I’d like once again to record my gratitude to the Northern Ireland Civil Service, to the PSMI, and all those who work in Public Service in Northern Ireland for their unstinting commitment to safeguarding the welfare of all of our citizens.

Now this arrangement has been sustainable to date, but leaving without a deal would represent a formidable challenge to the current position.

In that case, we would have to start formal engagement with the Irish Government about further arrangements for providing strengthened decision-making.

That would include the real possibility of restoring a form of direct rule. We would of course do everything to ensure that the interests of all communities across Ireland were safeguarded in any arrangements. But we all must recognise that this would be a grave step from which, experience shows us, it would be hard to return, particularly in the context of leaving without a deal.

Madam Deputy Speaker, even as we prepare for the challenges of a no deal, we will make the case in every forum we can for leaving with a good deal.

Parliament has previously shown determination and a focused resolve to pass laws expeditiously when the occasion warrants.

The deal that we have secured honours the referendum mandate that this House pledged to uphold, and allows the UK to leave the EU whole and entire and puts in place the pathway to a new partnership with the EU based on free trade and friendly cooperation.

That is why I again urge my colleagues in this House, all of us democrats first and foremost, now to support the Prime Minister’s deal.

Statement to the House on Brexit preparedness