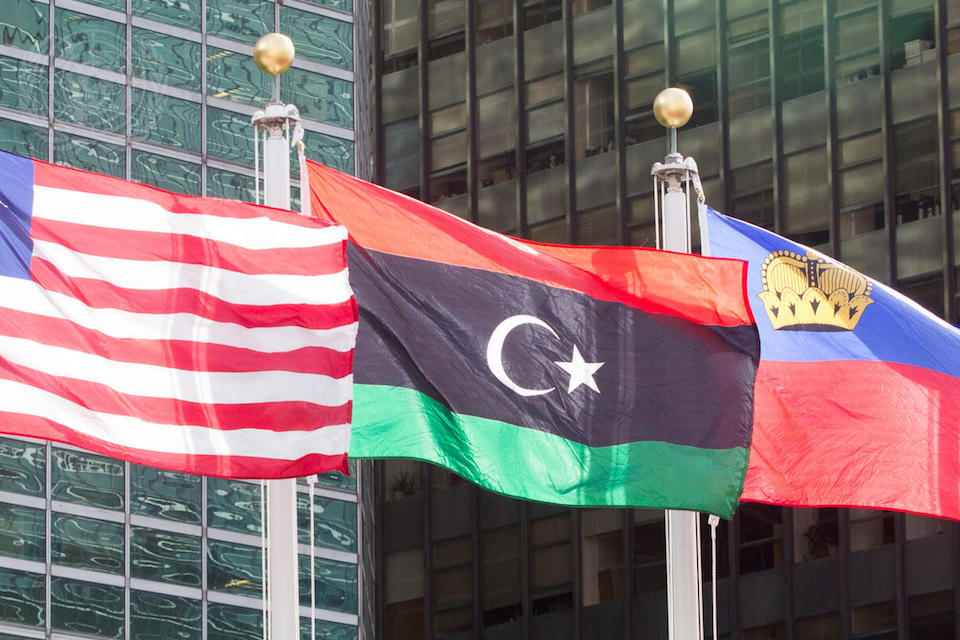 Thank you, Madam President. Thank you, Special Envoy Kubiš, to you and your team for all your work and for your report today.

I’d like to highlight three points today. First, to welcome the endorsement of the new interim Government of National Unity and Presidency Council by the House of Representatives. This, as we’ve heard, is a significant step forward in the Libyan-led, and now Libyan-endorsed, political process and we applaud the determination of the Libyan people in reaching this point.

The appointment of five female Ministers, including the first female Foreign Minister is also welcome. We urge the new government to facilitate women’s participation in the political process, including in the elections this year.

The priorities for the new government are clearly set out in the Libyan Political Dialogue Forum Roadmap: to organise free and fair Presidential and Parliamentary elections in December 2021; to address the basic needs of the Libyan people; to commence a process of national reconciliation; and to implement fully the 23 October ceasefire agreement. A long path still lies ahead but the UK stands ready to help.

Second, it is essential that all parties, Libyan and external, implement the ceasefire fully. We have seen positive steps, including the announcement by the Joint Military Committee on the opening of the coastal road. The temporary withdrawal of foreign fighters and mercenaries from Sirte in order to allow members of the House of Representatives to participate safely in the parliamentary session was welcome but their return was a retrograde step.

The removal of foreign forces and mercenaries from Libya must be complete and irreversible. This includes the contractors working for organisations like the Russian Wagner Group, and the Syrian mercenaries fighting on both sides. This demand is made at the behest of the Libyan people as Prime Minister Dabaiba reiterated in his speech to the House of Representatives earlier this month.

Third, on the question of next steps: we have, as Special Envoy Kubiš said, a trend and momentum that must not be lost. We welcome the deployment of the UN advance team and their report on the ceasefire monitoring mechanism. We look forward to Council discussions on the recommendations in the report and hope to begin discussions soon on amending UNSMIL’s mandate accordingly.

We also welcome the UN Panel of Experts report which provides stark evidence on the scale of arms embargo violations, including by a permanent member of this Council. We call on all Member States to fulfil their obligations to respect the arms embargo. This is not optional.

We all have a part to play in supporting the Libyan-led political process in Libya and ending the foreign interference which continues to undermine Libyan sovereignty and stability and supporting the steps to prepare for elections on 24 December.