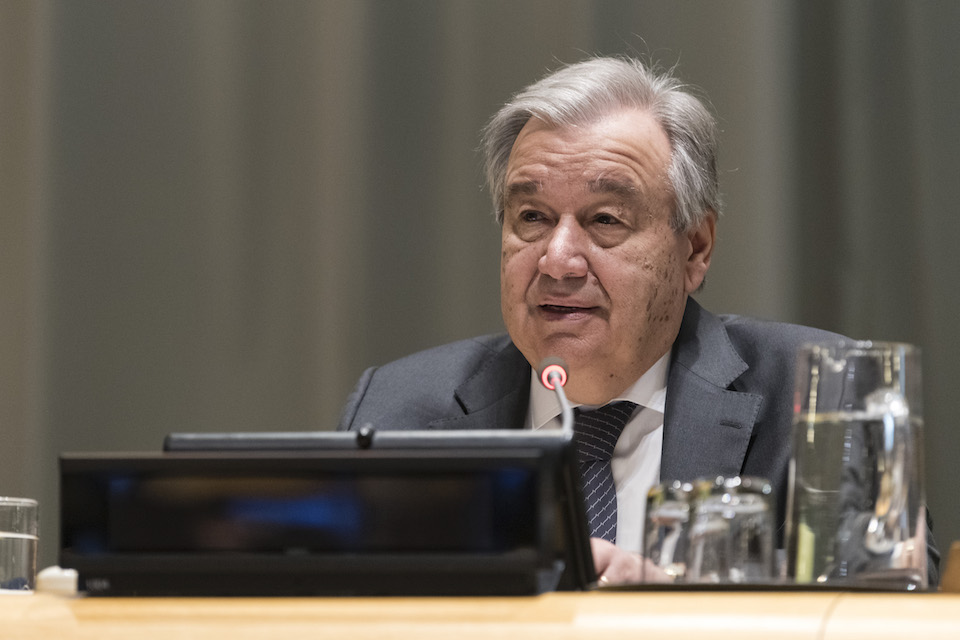 Secretary General, this is a very significant year for the organisation, as many speakers have said. We were honored that the first meetings of the General Assembly and Security Council actually took place in London and are now Queen, then before she became sovereign, attended them. So we feel very close to this anniversary. And I think other speakers are quite right that we need to put the emphasis on what will keep the UN able to discharge its noble functions effectively for the decades to come.

At picking up on what you said, Secretary-General. I think there are three priorities. Firstly, grasping your call to action, using the Decade of Action to realise the SDGs and fulfil the ambitions of the 2030 Agenda. This is actually a last chance for the international community to do this by 2030.

Secondly, we agree with the need to galvanize urgent international action on climate change. And the Italian ambassador already referred to our joint work on COP 26. So we want to get a coherent roadmap, building towards Glasgow, where COP 26 will be held via the UN’s Oceans, Biodiversity and Nature Summits.

And lastly, we want to do more to help the UN uphold the rules-based international system. And I think that means making the UN a safer and more welcoming space for civil society, not allowing narrow interpretations of sovereignty to override genuine concerns about human rights violations and abuses. And I think that also means we need to use the other anniversaries this year, notably the 25th anniversary of Beijing and the 20th anniversary of Resolution 1325 to advance international norms, including on gender equality and sexual and reproductive health rights. As both the Italian and Irish ambassador have said.

My question, Secretary General, would be around girls education. If I may, how can we make progress on this as part of the commitment to gender equality? I think a 131 million girls don’t go to school around the world. We have pledged nearly $700 million to try and get 12 million children into school. But as you can see, that’s only 12 million of more than 100. So your thoughts on that would be welcome.