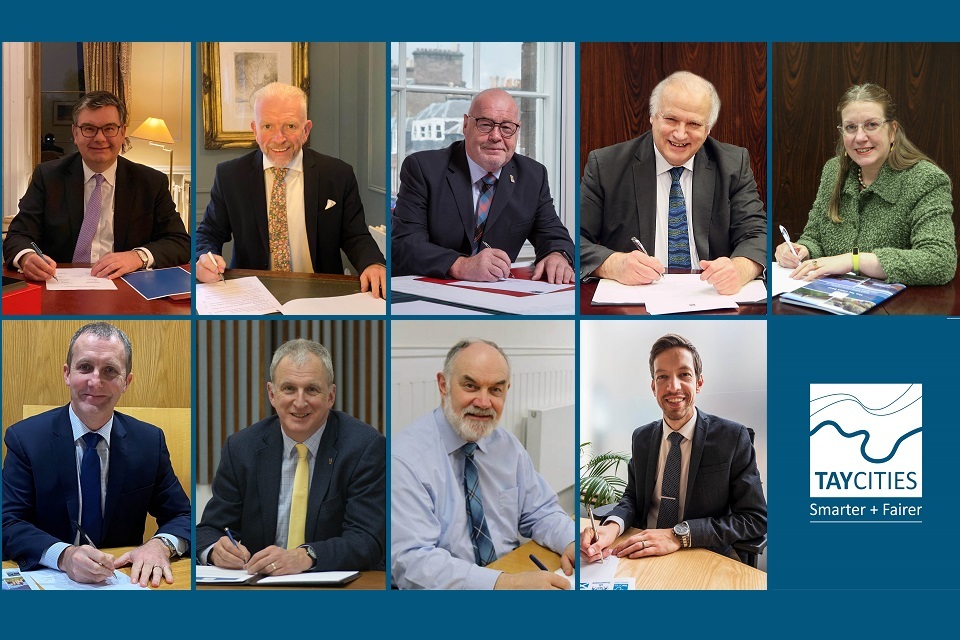 The Tay Cities Deal reached a major milestone today [17th December 2020] when UK Government Minister Iain Stewart joined partners for an online ceremony to ratify the implementation and financial arrangements for £700 million investment in the region.

The deal is an agreement between the UK and Scottish governments along with Angus, Dundee City, Fife and Perth & Kinross councils as well as partners in the business and higher and further education sectors.

The UK and Scottish governments are each investing £150 million, which will help to leverage a further £400 million of investment from public and private partners. This will be transformative for the region, driving investment, boosting the economy and creating more than 6,000 jobs.

Today’s landmark signing will deliver transformative investment to the entire Tay region, including £150 million from the UK Government.

The deal will create thousands of jobs through innovative projects such as cutting-edge forensic science at the University of Dundee and a drone port at Montrose in Angus.

This is the seventh Full Deal we have signed in Scotland and we now have deals in implementation or development for all of Scotland, representing investment from the UK Government of over £1.5 billion.

At the Spending Review in November the Chancellor, Rishi Sunak, announced that the UK Government’s funding for the deal would be delivered over 10 years instead of 15, which will help projects to be delivered sooner.

The Tay Cities Deal projects aim to place the region at the forefront of innovation, technology and connectivity.

The UK Government is investing £150 million in 16 projects, all of which are subject to final approval of robust business cases: