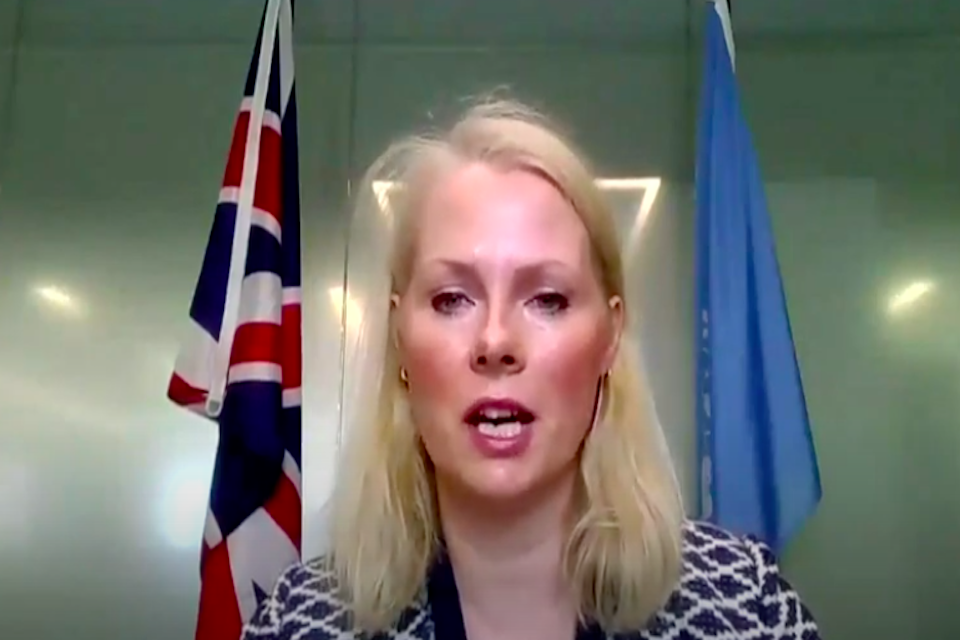 I thank the High Representative (HR) and his team for his latest comprehensive report. This highlights that the International community still has a role to play in supporting a secure, peaceful and sustainable future for Bosnia and Herzegovina. The Office of the High Representative (OHR) continues to have an important role to play in galvanising action by local authorities to create this future. It has the United Kingdom’s full support, including the use of executive powers should the situation require it.

The UK would like particularly to welcome the agreement reached by the leaders of SDA and HDZ Bosnia and Herzegovina that enables local elections to be held in Mostar on 20 December for the first time since 2008. This breakthrough demonstrates the importance of cross-party and cross-community cooperation in propelling the country forward. We hope that all actors will support this important development and help the parties in Mostar to allow citizens to exercise their democratic rights.

I would also like to congratulate the OHR for its work in Brčko District. Its strong coordinated effort with the international community has continued to promote good governance, infrastructure development and private sector growth there. Collaborative work of this kind offers a potential model for reform elsewhere in Bosnia and Herzegovina.

We continue to share the High Representative’s frustration at the persistent threat of divisive nationalist rhetoric, even at a time when greatest solidarity is needed in the face of a global pandemic. With local elections imminent, we urge those responsible for these divisive statements instead to keep the citizens they were elected to represent at the forefront of their minds. Challenges such as migration, climate change and serious organised crime must be faced head on.

This follows the commemoration earlier this year of the 25th anniversary of the genocide at Srebrenica. I would like, once again, to remember the many thousands of victims, and the continued suffering of the families, too many of whom are still missing their loved ones. We acknowledge the suffering on all sides of the Balkans conflicts, and it is only through meaningful reconciliation across communities that we can fully overcome the painful legacies of the past. We once again call for an end to the glorification of convicted war criminals and the denial of the Srebrenica genocide. This definition has been officially recognised by two international tribunals as well as domestic judicial bodies, and denial merely serves to reinforce the deep societal divisions which threaten to block Bosnia and Herzegovina’s progress.

The UK continues to support reconciliation efforts in Bosnia and Herzegovina and the Western Balkans more widely, including through our project programming and our role in the Berlin Process and Peace Implementation Council. We encourage Bosnia and Herzegovina to fully respect the rule of law, democracy, media freedom and human rights. We support Bosnia and Herzegovina’s continued commitment to Euro-Atlantic integration, and look forward to the submission of the next NATO Programme of Reforms.

The future that Bosnia and Herzegovina deserves