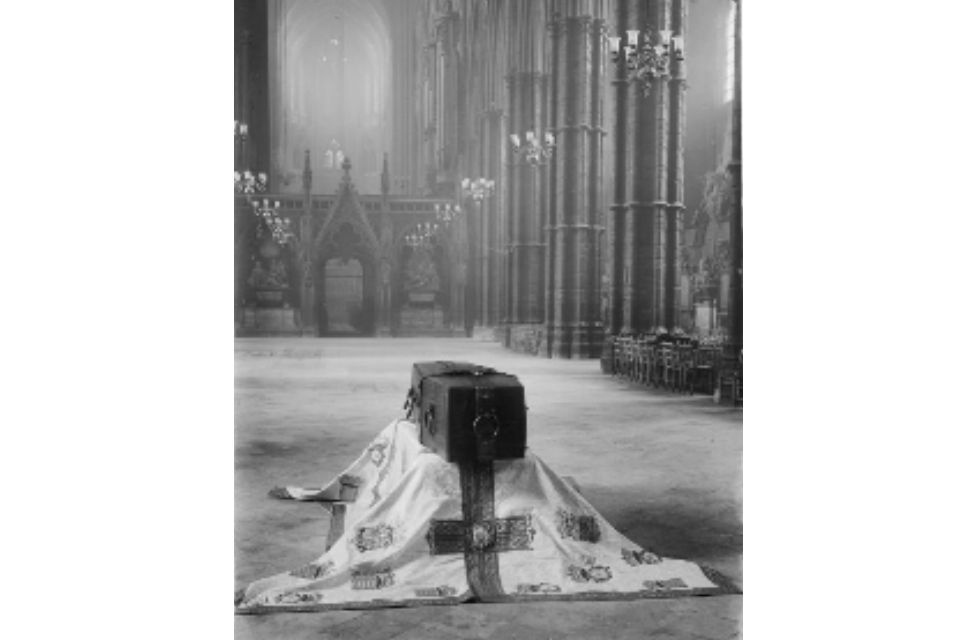 This year marks the centenary of one of the most poignant events following the First World War: the burial of the Unknown Warrior.

As a result of the war, nearly a million servicemen and women from Britain and the Commonwealth lost their lives. It was decided early in the war that, to ensure equality of treatment in death, no bodies would be repatriated.

This meant that hundreds of thousands of those that fell would never receive a proper burial or a grave at which their family could grieve. Many were left in unmarked graves on the battlefields where they lost their lives, and 165 000 were simply never found.

The immense grief felt by the families who were never be able to bury their loved ones moved Reverend David Railton, a chaplain who had himself served on the Western Front, to write to the Dean of Westminster, Herbert Ryle, with an idea for a single Unknown Warrior to be brought home to be the focus of national mourning.

So on 11 November 1920, a single body, name, rank, and regiment all unknown, was returned from the battlefields of Europe and buried in Westminster Abbey with full State honours. He had an honour guard of 100 Victoria Cross winners, as well as 100 nurses who had been wounded at the front.

As part of the same Service, the Cenotaph on Whitehall was unveiled by the King. Over the days that followed, millions filed past the grave to mark their respects before it was finally filled with soil brought back from the battlefields.

The hymns sung in the funeral service were recorded using experimental equipment by 2 sound engineers, one of them an officer in the newly formed Royal Air Force. They became the first electrical recordings ever sold to the public.

In this centenary year, members of the Military Wives Choirs from across the UK have come together to record a new version of one of those songs: ‘Abide with Me’. Among them are members of the North London Choir who are primarily made up of family members from the Northwood area.

The single ‘Abide with me’ is available now via Spotify, iTunes and Amazon. A short documentary with some original footage is available on the Westminster City Council website and on YouTube.