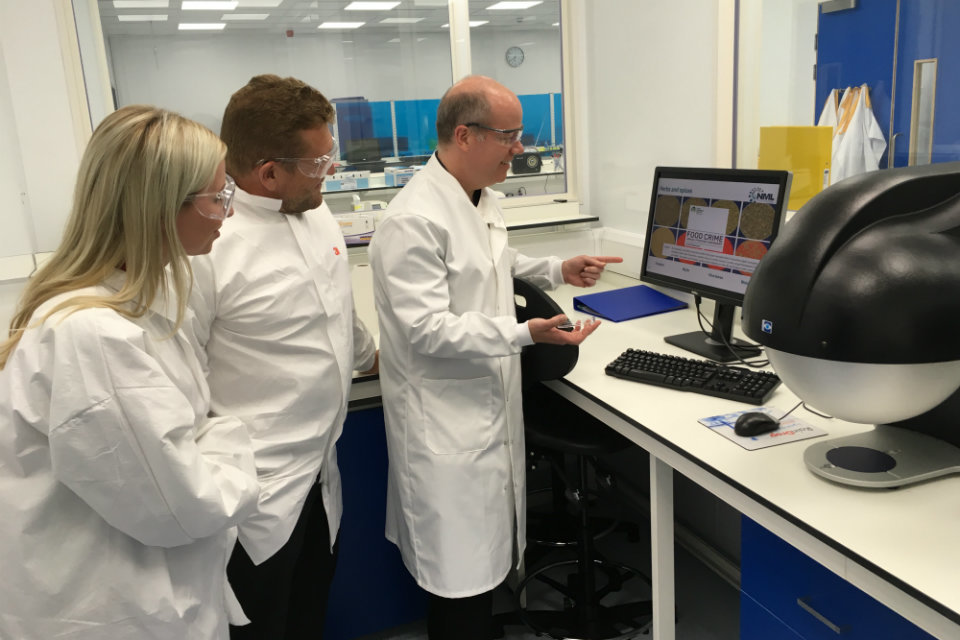 The Food Standards Agency’s National Food Crime Unit (NFCU) aims to help protect businesses and consumers from fraudulent supply chains through building relationships with industry, delivering crime prevention initiatives and conducting thorough, proportionate investigations where necessary. This is to support the Food Standard Agency to deliver its overarching strategy that “food is safe and is what it says it is”.

Following an increase to its budget, the NFCU has seen significant extension of the unit’s capabilities and remit in terms of its investigation and crime disruption capabilities and the prevention of food crime. As part of its outreach programme and as a follow-up to a meeting between Darren Davies, Head of the NFCU and the Government Chemist, Julian Braybrook and Selvarani Elahi in May 2019, colleagues from the NFCU visited LGC.

Selvarani Elahi gave a presentation on the Food Authenticity Network, highlighting the benefits of closer collaboration between this growing global network and the NFCU, both of which were created by the UK government to address the recommendations of the Elliott Review.

NFCU colleagues were taken on a tour of LGC’s National Measurement Laboratories where LGC staff demonstrated research on a range of technologies from point-of-use screening to confirmatory methods capable of combating food crime or food fraud .

Environment The VMD email is not working