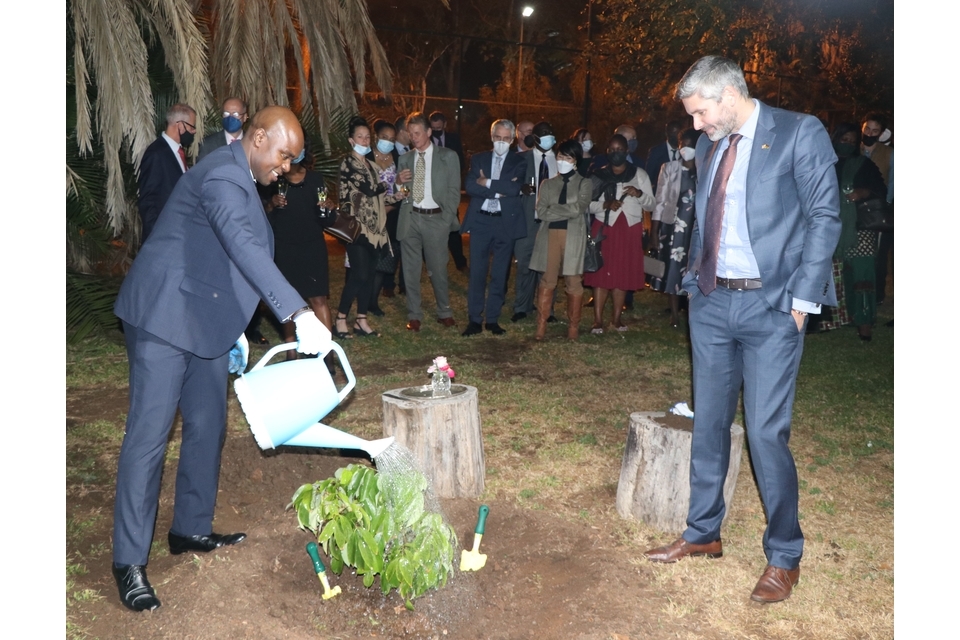 Speaking during a reception to celebrate the 95th birthday of Her Majesty Queen Elizabeth II, which was held under the theme of COP26 and the environment, Minister of Foreign Affairs, Eisenhower Mkaka said climate change is a global crisis threatening both present and future generations due to its impact on livelihoods, and Malawi has put in place a number of activities to ensure sustainable economic recovery process such as restoration of forests and landscape, promotion of renewable energy and creation of green jobs.

We are therefore grateful to the UK for being Malawi’s key partner on issues of climate change in the country. COP26 which is scheduled for November this year in Glasgow under the UK Co-Presidency is an opportunity to renew global solidarity towards climate action.

For his part, British High Commissioner David Beer said the UK was working hard to ensure that COP26 can go ahead physically in November, to ensure the debates and discussions can lead to real solutions.

The envoy said success at COP26 will need every country to play its part, to address every issue, and to reach a balanced agreement around the negotiating table.

There are four tasks we collectively need to set ourselves. Firstly, to reach net zero emissions by the middle of this century. The second task is to protect people and nature. Our third goal is mobilising finance to tackle climate change, and making it easier to access.

The UK is playing its part, doubling our international climate finance commitments to £11.6 billion over five years. Our fourth and final common task is the most important – it’s about working together across borders and across society to keep the 1.5 degree target in reach.

During the celebrations, Hon. Mkaka planted a tree in memory of Prince Phillip the Duke of Edinburgh who passed away in April this year. Prince Phillip was the Queen’s devoted consort of over 60 years and advocate for the environment.

Climate Change Back to nature for Bradford Beck

Climate Change CBD and controlled cannabinnoids: results from a r…
0
✖