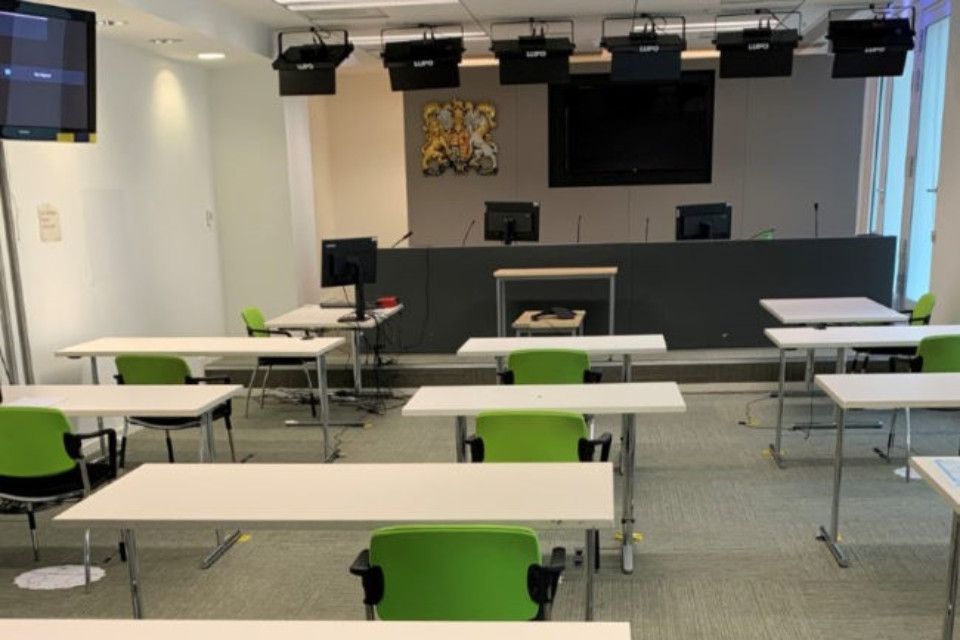 Meeting spaces have been converted to Covid-secure hearing rooms at the site in London, which since August has enabled more than 100 family cases to be heard safely.

The move forms part of a new, additional £30m investment to deliver a further 40 Nightingale courtrooms and fund a range of measures to boost court capacity. It brings the total investment in action to reduce delays and alleviate pressures on the courts system to more than £110m.

We will explore every viable option for additional court space across the country – and that of course includes looking close to home.

Courts staff have gone to great lengths to help our recovery and the additional capacity at Petty France will further help to deliver speedier justice in the capital.

Two of the new court rooms will begin hearing cases from today (1 December) and the other from next week. They will bring total number of Nightingale courtrooms operating across England and Wales to 32.

This forms part of the wider measures designed to ensure the quickest possible recovery – including the recruitment of 1,600 more court staff, rolling out technology, and opening 27 temporary jury rooms in courts across the country.

Law Is getting useful references a challenge?
0
✖