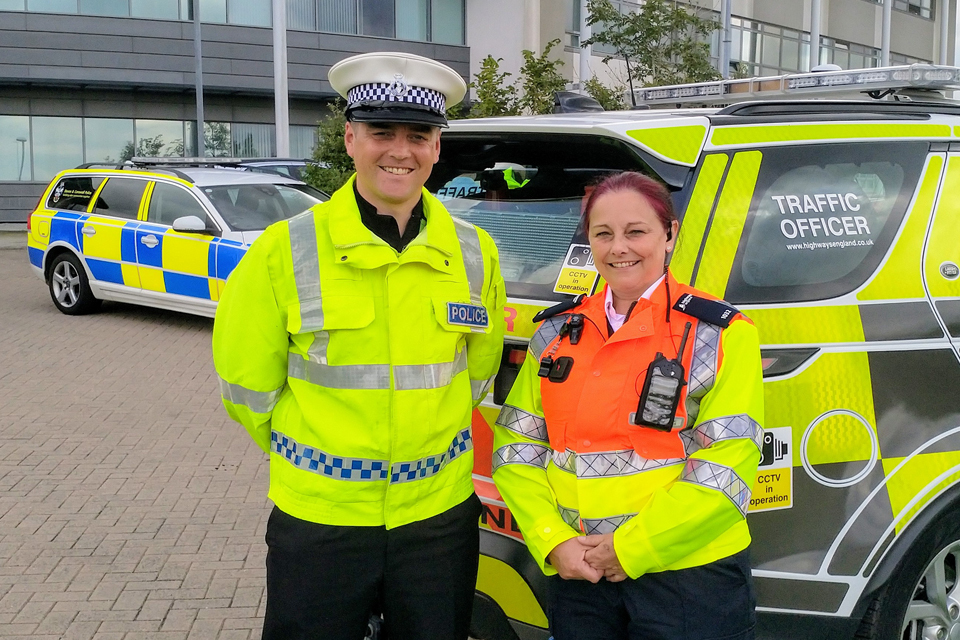 The traffic officers have been patrolling a section of the A30 in Cornwall during the busy summer months, and have been on hand to deal with everything from live lane breakdowns, road traffic collisions and debris clearance.

Providing assistance to Devon and Cornwall Police, this is the second year Highways England crews have patrolled the A30, and between 5 July and 9 September, traffic officers attended a total of 126 incidents. Last year, they dealt with 112 incidents during 31 days of patrols.

The aim of the patrols is to provide further assistance to motorists on our South West network, and we’re delighted to extend our service further south into Cornwall and to continue our close working partnership with Devon and Cornwall Police.

The patrols have provided real value, to both our police partners and the travelling public, and to the Cornwall economy as a whole, and we are already planning how we can continue this service in the future.

The patrols cover the A30 between Lifton Down to Carland Cross, and help Devon and Cornwall Police to meet the demands of increased traffic volumes and related incidents on the A30 in Cornwall.

Traffic officers currently assist drivers in any difficulty, co-ordinate the resources of the emergency services, manage traffic to reduce incident-related congestion and clear debris from the carriageways.

Devon and Cornwall Police is delighted to continue its partnership working with Highways England into Cornwall.

This builds on the considerable success of the operational activity on the M5, A38 and A30 in Devon, where Highways England Traffic Officers have supported police resources in dealing with road traffic collisions and other incidents which have the potential to cause disruption on our strategic road network.

This ‘one team’ approach is helping support communities and businesses who rely on a resilient and capable road network in Cornwall, particularly during the busiest periods of the year.

As well as incident management, they also deal with broken down and abandoned vehicles on the strategic road network, recovering vehicles that are causing a blockage or hazard, and ensure that the scene of an incident is safe, for road users and working partners.

More information on the roles and responsibilities of a Highways England traffic officer.

Transport Student drivers urged to lighten up before taking …
0
✖