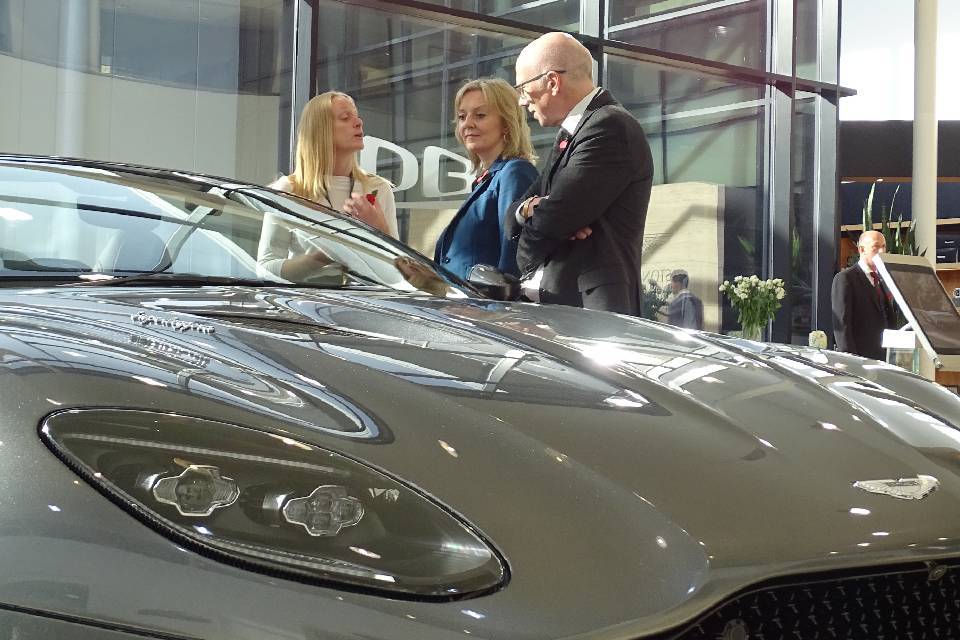 Today, Monday 28 October, the International Trade Secretary visited luxury car manufacturer Aston Martin Lagonda in Gaydon, to discuss how international trade can benefit the company’s 3,000 employees across the UK, and deliver economic growth and jobs for the West Midlands.

The UK is home to world-leading automotive companies like Aston Martin Lagonda which are seeing the benefits of international trade deliver prosperity and boost jobs in Warwickshire.

Aston Martin Lagonda is an iconic British brand, admired the world over, seeing increasing demand in the Americas and Asia.

Once we have control of our own independent trade policy, we will be able to prioritise Free Trade Agreements that benefit great British companies, like Aston Martin Lagonda, boosting jobs and growth across the UK.

Cars are already the UK’s top export to the US, at nearly £8 billion and the West Midlands had the highest trade in road vehicles with the US compared with all English regions, at £4.4bn in the 12 months to the end of Q2 2019.

However, the UK’s highly competitive advanced and industrial manufacturing sectors currently face tariff and non-tariff barriers when exporting to the US, which Truss says a Free Trade Agreement could address. Different regulatory requirements mean that a car produced for the European market cannot be sold in the US market or vice versa. A mutual recognition of standards as an example would help address this and substantially reduce the costs on businesses both sides of the Atlantic.

Business Assessing the costs of utility companies digging u…
0
✖