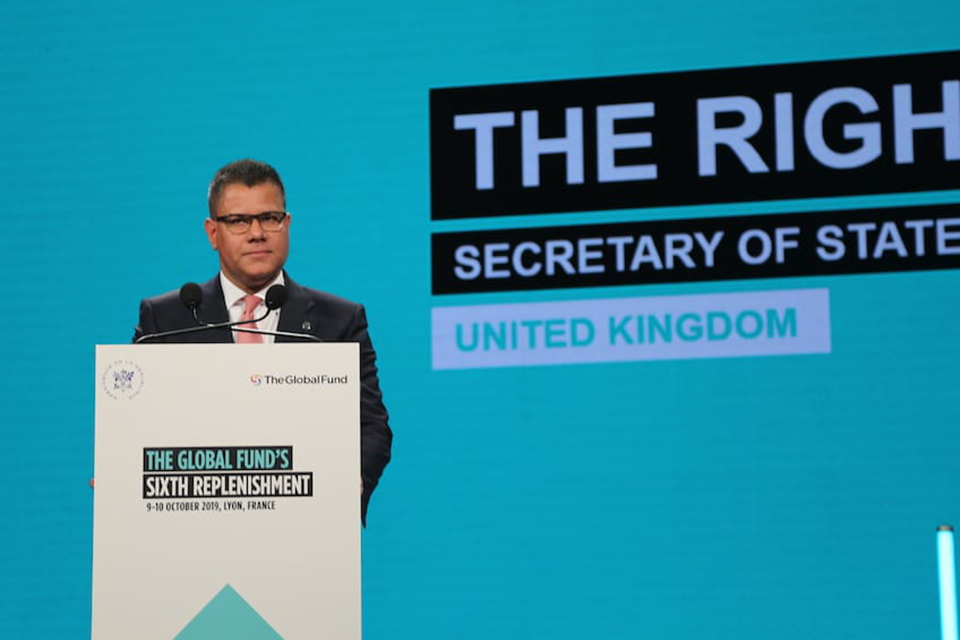 Every death from malaria is “a preventable tragedy”, International Development Secretary Alok Sharma said today, as he doubled £100 million of private sector support to fight the disease.

Mr Sharma announced UK aid would boost the funding from organisations like the Bill & Melinda Gates Foundation and Nando’s.

The UK’s support will come from its £1.4 billion pledge in June this year to tackle AIDS, tuberculosis and malaria through the Global Fund.

It came as Mr Sharma said the international community must work together to do more to fight malaria.

Malaria kills a child every two minutes and is the biggest killer of children under five in most of Africa.

Malaria is entirely preventable. Every death is a tragedy that is in our power to stop.

I am determined to step up the UK’s efforts to end preventable deaths of mothers, new-born babies and children in the developing world by 2030.

Thanks to our partnership with the private sector, UK aid is helping to save many thousands of lives in the fight against this deadly disease.

As the second-largest international donor to the Global Fund, the UK has been at the forefront of efforts to reduce the number of cases by investing in treatment, prevention and research.

But globally progress has stalled.

This new £100 million malaria money from the private sector will help provide 20 million mosquito nets, prevent six million cases of malaria, and save over 75,000 lives.

It will also strengthen health systems so governments are better equipped to prevent and treat malaria.

The private sector can play a transformational role when it comes to ending the world’s deadliest infectious diseases.

We need continued investment in new technologies, health innovations and greater efficiency. This will accelerate access to newer and more effective tools.

In June this year, the UK pledged £1.4 billion to the Global Fund.

At the time, the UK said it would aid match private sector support, which since then has raised £100 million towards the Malaria Match Fund. This includes £50 million from the Gates Foundation.

The UK government has doubled their contributions with £200 million to fight AIDS, tuberculosis and malaria, which is included within our £1.4 billion pledge to the Global Fund.

The UK’s recent pledge to the Global Fund over the next three years will help:

Since 2002, the Global Fund has helped save 32 million lives and reduced deaths from three killer infectious diseases – AIDS, tuberculosis and malaria – by 40% in the countries which it invests in.

The private sector has a vital role to play in helping fight against malaria and that is why the UK pledge announced in June included a Malaria Match Fund.

The UK also invests in research, treatment and prevention including tackling the threat of drug and insecticide resistance.

However, global progress to combat malaria is stalling.

Contributors to the match fund include: